Hard to gauge a 1/4" difference from a dark, grainy video. 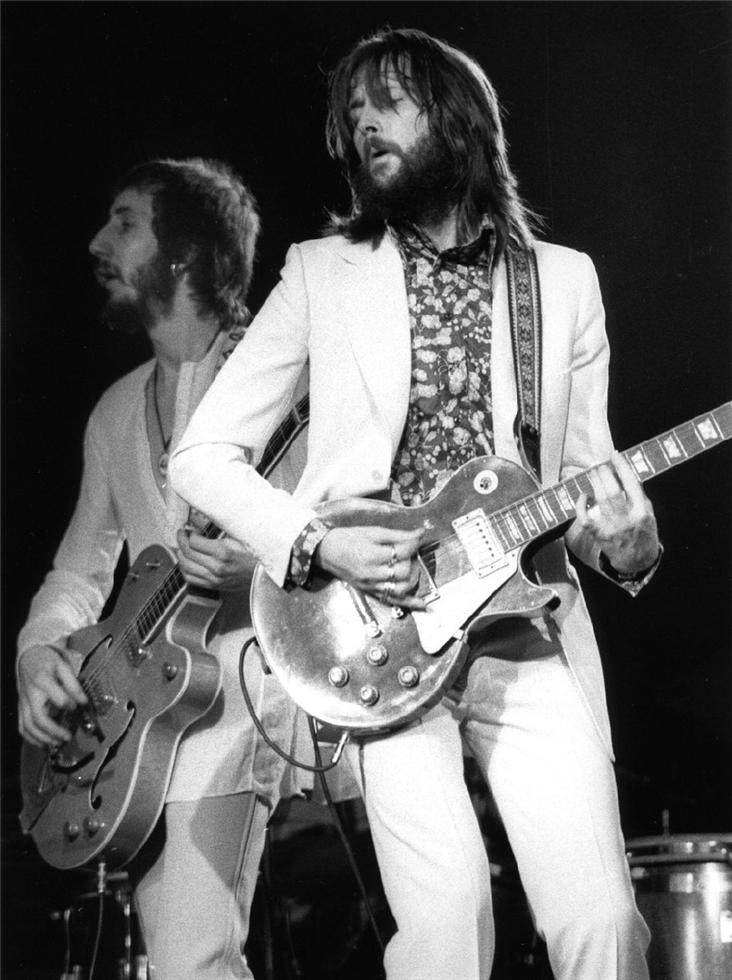 I just got it for Christmas

"These new Bigsby vibratos first appeared on 6120 examples in the #330xx batch. Guitars from this group are quite unique as they represent the only batch of 6120 archtops with the combination of a V-style Bigsby and a 2.75" body depth" (p.112).

I'm invested in finding out the answer as I am having the Gretsch Custom Shop build me one and I want to make sure about the depth specification.

That's a very cool project. It seems that it's 2.5" and if there were any variants, Ed would have noted them. But wait for him to chime in; nothing is written in stone when it comes to Gretsches and transitional features abound.

Just going by the percentages... there were precious few deep bodied 6120 with V-style Bigsby units, so when any 6120 with a V-style Bigsby surfaces (that isn’t a ‘61 example) odds are the body is 2.5” deep as the overwhelming majority were. Having said that, anything is possible. I’ll shoot Alan Rogan a note and ask for verification.

"The Gretsch 6120 that I used to write and record "Stretch Out And Wait". You can hear it on "Is It Really So Strange?" too. I got it from The Who and It's one of the best old 1960's Gretsch's that I've played. I got introduced to a guy called Alan Rogan who used to work for Townshend, Clapton and Keith Richards. I ended up getting a load of guitars off him. That's where the Gretsch 6120 came in. It's the one Townshend played on loads of Who stuff. I don't know why he sold it to a geek like me."

Johnny used this 6120 on 5 out of 6 documented dates of the Smith's final 1986 tour, for Meat Is Murder only. It was tuned to Open G, the same tuning used on "Stretch Out And Wait" and "The Headmaster Ritual".

As far as the V cut and the body thickness goes I’ll share what I’ve seen.

The earliest V Cut bigsby (I’ve seen) with a Gretsch by bigsby pat applied for stamp on it was on a 6120 with a 29000 serial number.

Coming from the Guru twins--I'd say your right

Thank you everyone for all this information ... much appreciated. I'll await further investigation from others to see whether the depth is 2.75 vs 2.5. I'm no expert but to me upon visual inspection (video, pic) it looks 2.75.

Today is the day! I just picked up my Custom Shop guitar. This is a 6120 Chet Atkins modelled after a 1960, like Towshend's. 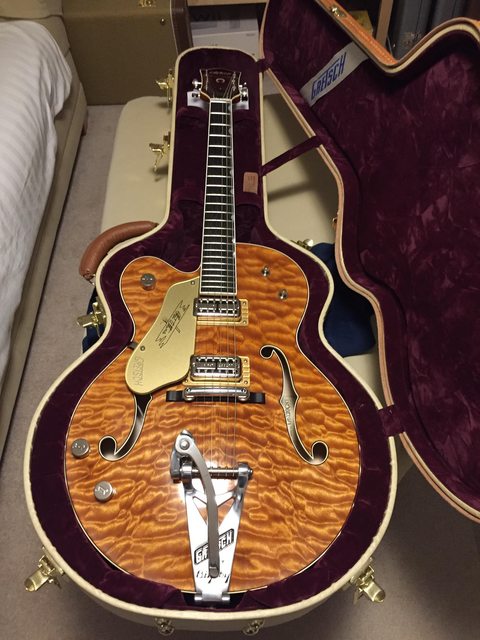 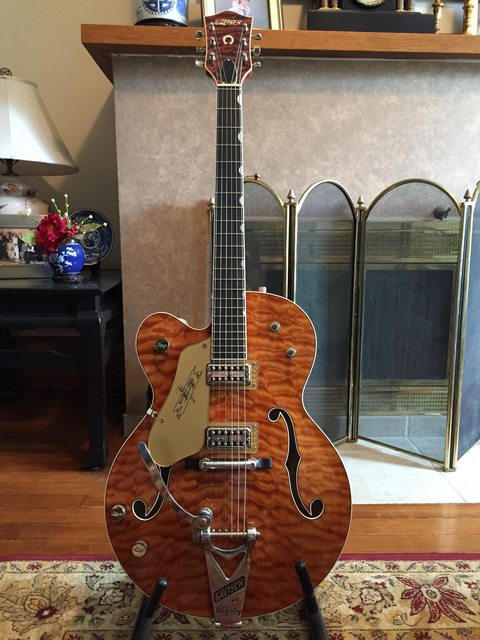 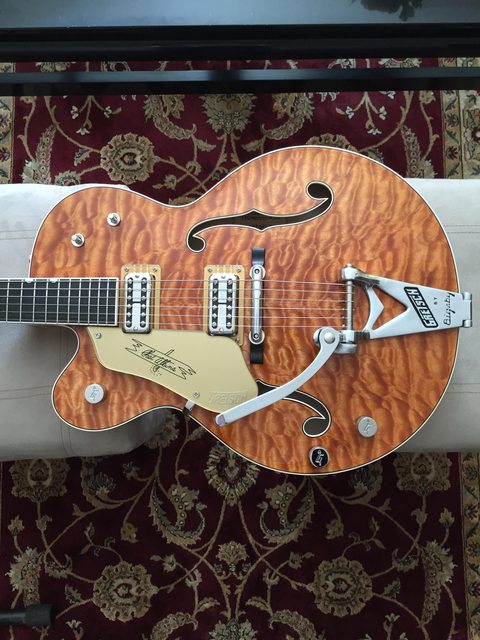 Congrats ,it's a stunner for sure!

It plays so, so well. The Ray Butts pickups sound fantastic. It also has that amazing new guitar smell!

Darn’ fools made it back to front

It plays so, so well. The Ray Butts pickups sound fantastic. It also has that amazing new guitar smell!

That's ridonkulous. Aside from being backwards, it's a stunner.

Stunning indeed!!! I have a soft spot for those quilty guitars.

You’re gonna have to change your Pantone number to something in the iridescent oranges.