Starcrawler are great!...Saw them a couple of years ago at a little show in London.

Yeah I’m a little late on them but my son has been listening to them for a while too,lol And you can tell they have a broad swath of influences too from what seems to be real late Cash to Jack White/Stripes to X.

And apologies if this is redundant, or deemed trivial ...

This is Richie Zack, best known to rockabillies for his cover of "I'm Gonna Roll and Rock" on Columbia as "Eddie Zack and Cousin Richie", a hot rustic rockabilly side. He also a had a few singles out on Columbia and other labels, Seen here sporting a nice early 1956 6120 with the full western appointements, and an amputated Bigsby arm!

I want to know Windows 10 Activator

Been through 27 pages, haven't seen the Cowsills posted--

Matt Johnson of The The

I know it's not his main ride, but I've always thought a Gretsch would suit Bill Frisell. Glad to finally have some confirmation.

Never seen this pic before

Spotted this in the Metallica Black Album documentary while recording the song Nothing Else Matters and even using the Bigsby!

James Hetfield with a falcon:

Spotted this in the Metallica Black Album documentary while recording the song Nothing Else Matters and even using the Bigsby!

James Hetfield with a falcon:

James Hetfield with another Falcon: And while we are at it, here is Metallica's Kirk Hammett: 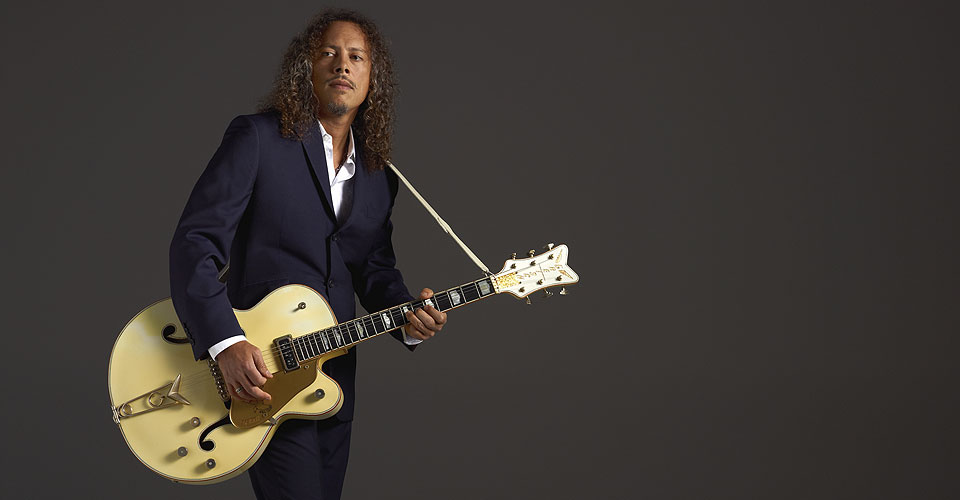 That's Ray Smith (SUN recording artist) pictured live in 1956 with a young Stanley Walker on a Silver Jet. Note also other guitarist seated playing what looks like a 6120.

Anyone seen this pic before!? I hadn’t.