The recent post with the image of Wes Montgomery playing a '54 Duo Jet sent me into my archives to find some pix of people wielding a Gretsch whom you wouldn't have thought ever did. One of the classic examples of this is the Chuck Berry photo/vid with him playing a 50s Round-up (but I couldn't find that photo). But here are some other unexpected pairings! Please add any that you may know about!

We all know Jack White is a Gretsch guy... but this was a surprise!

David Gilmore seems to love his Duo Jet in this 2002 performance from the Royal Festival Hall. 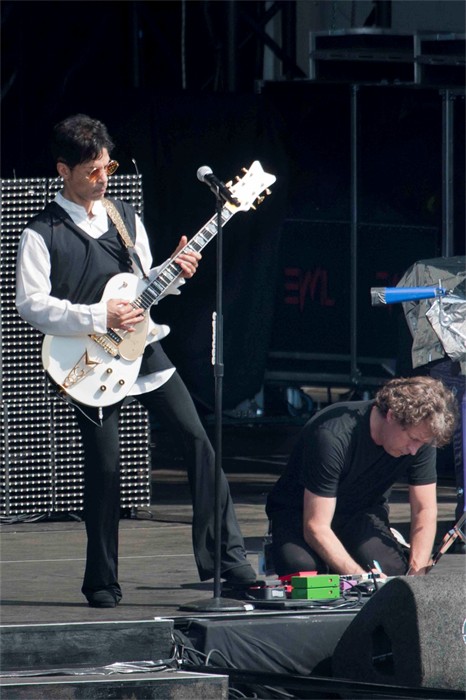 Ah... Benson is a good one! Garland and Jennings both did Spotlight ads endorsing Gretsch guitars so they are less unexpected to me.

If anyone could rock the Custom Shop Grape sparkle Penguin, it would be Mr. Prince, but he goes in for the more conservative approach, interesting!

Billy Joe (of Green Day)... who seems to like the color black.

lou reed used gretsch right from the start with the velvets..at one point he intergrated various vox effects like the repeat percusion/vibrato inside his country gentleman 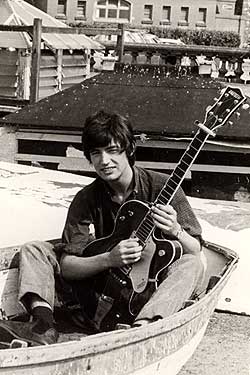 I've also seen him wield a MY signature once. Another of The Boss sans Telecaster. Who knew that they have Gretsch guitars at the North Pole?

Here's one I have never seen, nor would I have guessed...

Peter Buck without a RIc