Ha-ha! Hey folks in the Norte Eastern US of A, Yuengling is coming to Texas! It's never been available here before. I've never tried it. Should I be excited? I'll just hang up and listen to the more experienced Yuengling connoisseurs on the board. Gracias, Hombres!

Congrats on getting some of the beer I wasn't without when I could pound em back all night long.

Of course, it depends on what you are accustomed to drinking on weather or not you'll like Yuengling.

It's not too far off from Lone Star, maybe a bit richer and fuller bodied, without being hoppy. I'm not nor will ever be a fan of IPA's or overly hoppy suds.

Anyway, keep us posted on how you like it.

There's a contingency that loathes Yuengling now because they broke the union in their shop, and I've also heard that they've changed their recipe, so I'm going off of my taste bud's old memories.

Don't loathe it but meh, so many micro choices, it's been a really long time since I've had one.

I have friends and family back in Maryland that get excited about it out of regional pride, which I suppose has its merits. As far as drinking it, it’s a thoroughly unimpressive American style lager. Stick to Shiner Bock or Lone Star. At least you can claim regional pride.

I have friends and family back in Maryland that get excited about it out of regional pride, which I suppose has its merits. As far as drinking it, it’s a thoroughly unimpressive American style lager. Stick to Shiner Bock or Lone Star. At least you can claim regional pride.

I don't dislike Yeungling, particularly their porter, but I 100% agree with sticking with Shiner. Yeungling beats most Anhauser-Busch products, but that's like beating a pair of deuces with a pair of sixes in poker.

If you've got Shiner and all of their varieties, you don't need Yeungling. Shiner Bock has been my "house beer" (always in stock, no matter what else I might also have on-hand) for over 10 years.

Lone Star never impressed me at all-- I put it in the class of beers like Rolling Rock-- a local favorite, but not much there to write home about. But the Spoetzl (Shiner) folks definitely know their stuff.

Looks like it won't get here until Fall, but I will be trying it heartily! Loves me some Shiner bock, as well. Kinda like the old days with Coors, when the only guys here to drink it on the reg were Willie and the outlaw doods. Or maybe when Moosehead was so popular for a while. Anyway, I've always heard of it from you wildmen up north and have always wanted to guzzle me some.

The lager I don't really care for, but the black and tan ($1/16oz can at Kroger) is my winter standby. The Golden Pilsner is nice in the warmer months too.

That note showed up in my news feed this morning. I used to drink Yuengling in VA and now look forward to it in TX. The black and tan is nice.

Gotta say, I like Shiner over Yuengling lager, but the Porter over Shiner.

Gotta say, I like Shiner over Yuengling lager, but the Porter over Shiner. 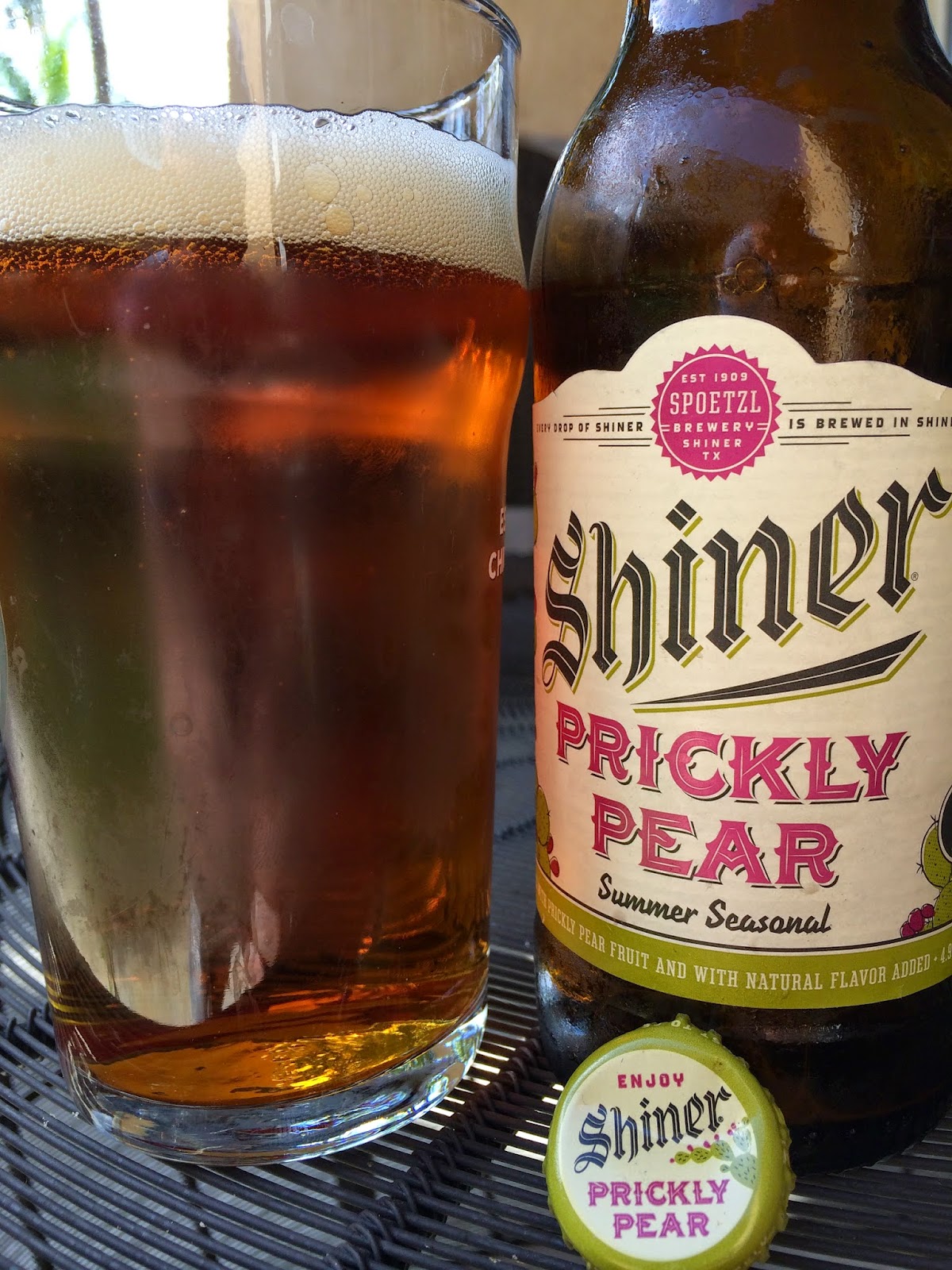 Well, you do live in west Tennessee, so I'd say you've got an accurate standard to gauge it by.

Would that be Jones Creek or Light Creek?

I have buddies in Atlanta, GA who drink it but it's just another mass produced American lager. It doesn't sell where I live but, even if it did, I wouldn't switch from this anyway.

Well I've never actually had creek water but it's kind of what I imagine it tasting like. Wink emoji.

I was shocked when I learned that it wasn't a Chinese beer.

Yuengling is a well balanced lager. It's perfectly great. It less sweet than a Samuel Adams but with the same texture and fuller and bolder than Budweiser, Miller or Coors. The only traditional American beer that rivals it's perfect balance to me is Michelob Lager, not Michelob Ultra which is not even in the same ballpark as their lager.

I grew up in Harrisburg, PA.

Lads, not to get political but the Black and Tans were Imperialist thugs who terrorised my country for years... can’t you call them something else?

Don’t hold your breath. Maybe I’m just jaded from being born and raised in the Philly area but there are far better beers from this area.

Lads, not to get political but the Black and Tans were Imperialist thugs who terrorised my country for years... can’t you call them something else?

Most people outside of the UK don't know that-- the term comes from a 50/50 mix of Guinness and either a pale ale or lager, hence the term "Black and Tan". However, in many parts of the US it has simply become a loose term for a mix of a dark ale (porter or stout) and a light ale or beer.

Not sure where it originated from, but in the US it is not used as a pejorative for British occupational troops, and it's actually a marketed term: 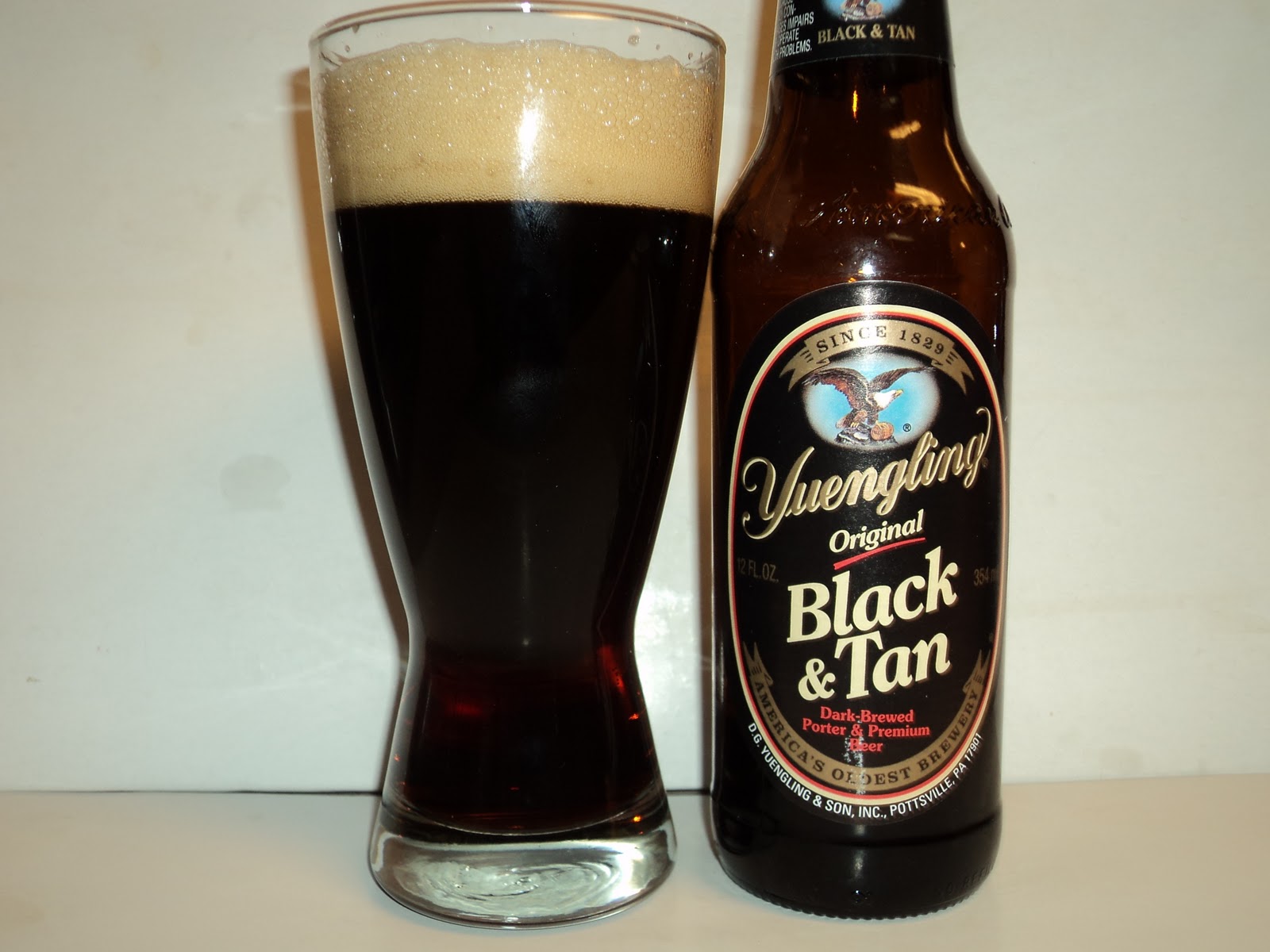 In Eire and the UK, it's the equivalent of what's often referred to as "Half and Half". Sorry if the term is offensive, Nick. Most people in the US don't know what a "tosspot" is either, but in my book it would be a better name for a beer than "Black and Tan".

And yet you'd think people who slug down that coal tar dissolved in rubbing alcohol would know something of the country from which it so famously hails.

During basic training, after the 4th of July break, our TI, a staff sergeant, came in that morning looking like death warmed over.

"Bad weekend. Too much LSD."

We all looked at this obvious Southern boy with incredulity.

Why anyone would drink that bilge if they could get Shiner Bock is beyond me. I don't drink much, or often, so when I do drink good quality. I like ales, IPAs, and such. Generic bilge water isn't worth my time.

And yet you'd think people who slug down that coal tar dissolved in rubbing alcohol would know something of the country from which it so famously hails.

Don’t give Americans too much credit for knowing anything about history, geography, OR beer. My brewer buddy, an Anglophile and capable of a spectacular porter or stout, despises St Patrick’s day for being “the one day a year that Americans drink Guinness.”