Now I have to figure out how to get it in Pro Tools and redo all the songs...or start from scratch.

I stumbled upon this gem played on a 4-string tenor guitar. Pick it up at the 2:40 point where a Scottish folk tune meets Bach. Hope you like as much as I do. An exquisite ringing sound evoked by a virtuoso who looks like a truck driver.

Mott the Hoople! They were never really on my radar when I was younger, although several of my friends dug them, and I was aware of a few of their biggest songs ("Dudes" of course). But last weekend, I stumbled across this 1980 concert from that Rockpalast show: Ian Hunter Band feat. Mick Ronson.

It gave me a new appreciation for Ian Hunter as a songwriter and frontman.

Ronson, of course, was such a great player, in addition to being a producer, genius arranger and songwriter who probably contributed far more to Bowie's Ziggy-era success than he was given credit for. Shameful, really. Lots of other production/arrangement credits, including Lou Reed's Transformer album, Mellencamp/Cougar's "Jack & Diane", Morrissey's Your Arsenal album, to name a few.

i heard this on the radio on the way home from the chiropractor's office and broke down in tears.

a job that slowly kills you

you look so tired unhappy

bring down the government

they don't speak for us

a handshake of carbon monoxide

and no alarms and no surprises

this is my final fit

with no alarms and no surprises

such a pretty house

and such a pretty garden

and no alarms and no surprises

how brilliant he was.

I forgot this one until David Lynch's "Blue Velvet" jarred the memory.

is Chris Hillman one of the most underrated players of the 60s/70s LA scene, or what? he was the glue that held together The Byrds, the Flying Burrito Brothers, and Manassas, three of the best and most important groups ever to emerge from southern California. not to mention a solid and creative bassist, a fine singer, and an equally underrated songwriter. top dude.

Sea shanties from The Longest Johns.

an hour of outtakes from the fall 1987 concerts shot for U2's Rattle And Hum film. like the film, the outtakes veer between the monolithically brilliant and the near-shambolic, but there are moments in here that will take your breath away. highlights: "Spanish Eyes," "Pride (In The Name Of Love)," "Mothers Of The Disappeared," "Merry Christmas (Baby Please Come Home)."

hours of additional footage is also available on YouTube, but having just found this set by accident i haven't had the chance to hear any of it yet.

Oh, it is a very nice band, but I like something more heavy

the first 45 from the great- rain parade

Check this guys out. They're great.

The new one from the Ace of Cups --- all-women band from the SF Bay Area glory days, now in their 70's and still killin' it. Guest appearances from Jack Casady, Steve Kimock, Jackson Browne, Bob Weir, Wavy Gravy and Peter Coyote. Joe Bob says check it out! 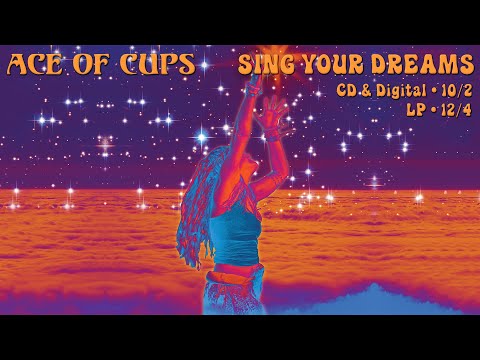 This album is one of my earliest Christmas memories --- my dad would put it on every year at Yuletide from as far back as I can remember --- 2 or 3. I even had the exact same toy cash register on the cover. Beat heck out of all the schmaltz-ola being played everywhere else!