George Thorogood and the Destroyers, "Get a Haircut". Love the line, "I'm ten times richer than my big brother Bob, but: he's got a haircut, he's got a REAL job!"

George Thorogood and the Destroyers, "Get a Haircut". Love the line, "I'm ten times richer than my big brother Bob, but: he's got a haircut, he's got a REAL job!"

The story how they picked that song up in Aussie is a good one...great match for the Destroyers!

I gave myself a haircut this afternoon...how timely.

Been listening to Marcus King a lot this week. This kid is just killing it. He’s the whole package.

Good stuff, Powdog. I really like Marcus King. He's the real deal. This video on his Opry debut is cool. Great to hear the story of "Big Red", his ES-345.

JCHiggy- That's funny you were listening to the Keb' Mo' Chritsmas album! I try to find some new music each holiday season to put on 'rotation' at our house, and that's the one for this year.

Backstage....a dozen people all talking loudly at the same time, Los StraightJackets in the background.

Backstage....a dozen people all talking loudly at the same time, Los StraightJackets in the background.

The last night of your tour! Go kill it like you always do. Happy that your back home in L.A.

I always loved this song. Los Bravos, band from Spain with a big hit in the 1960s. I loved the cover by Austrian band Joy first then I found out about the original. Great song no matter who did it but the original is always most special -

I loved this video, it's me with White Falcons. Merry Christmas Folks. 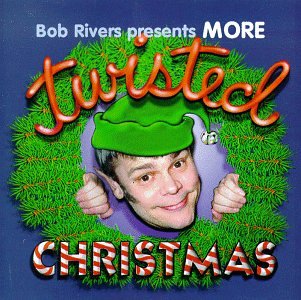 Brilliant Christmas Parodies:
1) It's The Most Fattening Time Of The Year (featuring Richard Simmons)
2) Toy Sack (Love Shack by the B-52's)
3) Police Stop My Car (Feliz Navidad by Jose Feliciano)
4) Sled Zeppelin (D'Yer Mak'er)
5) Yellow Snow! Yellow Snow! Yellow Snow! (Let It Snow)
6) Parking Spaces (Good King Wenceslas)
7) There's A Santa Who Looks A Lot Like Elvis (It's Beginning To Look A Lot Like Christmas, done by a Bing Crosby soundalike)
8) Jesus' Birthday (Birthday by the Beatles)
9) All You Need Is Elves (All You Need Is Love by the Beatles)
10) Buttcracker Suite (roll over Tschaikowsky)
11) Hey You! Get Off My House! (Get Off My Cloud by the Rolling Stones, but done in a Sinatra/Nelson Riddle style)
12) Holidaze ('Scuse Me, I've Got Gifts To Buy) --- (Purple Haze by Hendrix, with Randy Hansen on guitar and Alan White on drums)
13) Rummy Rocker Boy (Little Drummer Boy, as done by Bing Crosby and David Bowie)

Syd Barrett - The Madcap Laughs ... today is his birth date.

Lately I've had a constant alternating rotation going on when I'm listening:

• Big Lazy's entire catalog (they're so good it hurts),
• The Flower Kings' entire catalog (yup),
• and an 18-CD Frank Sinatra bio audio book. (It goes practically gig by gig, conquest by conquest. I've made it to 1949.)

This single blew me away a few weeks ago and it's maybe the most perfect alternative-pop song I've ever heard. Can't get enough of it.

I can't get enough of this song today.

The most obnoxious voice I've ever heard.

The most obnoxious voice I've ever heard.

That's been blocked due to copyright, so it says. Is it worse than Fran Drescher's?

At the moment, I'm listening to "Evil Woman" by Crow.