I know this is WAAY of topic, but I had to share these pics with the craftsmen amongst us.

Visited a friend in the country yesterday to see his new house. He and his father timber framed a house. A craft that is quickly disappearing.

Big timbers and beams, handmade iron brackets crafted on site, all lifted with a scissors jack and elbow grease.

The flooring upstairs and down are reclaimed 2x12 Doug fir from a warehouse in the Bay Area.

Looking down at the open air workshop.

My friend hauled a redwood log from the coast and milled it onsite. The 1x12 boards will be used for the siding. Here lies 1800 BF of amazing lumber, stickered to dry.

Axis hinged picture window, custom made to deal with the unruly weight.

That's the way to do it.

Situated on 30 acres of rolling hills and Black Oak, it’s really quite amazing.

Check out Roy Underhill on PBS, and Barnwood Builders. Both shows have folks that still work with wood like this. It's truly a lost art.

The cabin we lived in for 11 years or so was built similarly in interior details, though the exterior was laid up with two courses (inner and outer) of logs. All the timber was native to the area, felled by the builder. Floors were reclaimed from a local schoolhouse (light strips where desks had been bolted down were still visible), but never laid as flat - or close - as in this build.

Nonetheless, it’s great to live in proximity to natural materials in something close to their natural state.

I'm a big fan of this kind of craftsmanship. They did a hell of a job here.

Not to derail, but if anyone is interested in this type of thing, there's a video series done by an earthy, blue collar couple (with 3 kids and a bunch of farm animals) that has me hooked. They apparently sold everything and bought 73 acres in West Virginia. They are constructing an A-frame house on their own. They will be living off the grid, except for internet/phone access. The husband is an electrician by trade and the wife is 'a farmer'. The husband/wife dynamics are terrific. Here's the starter episode:

This brings out the 1/3 Amish-ness in me...great stuff. And then all the Redwood to boot!

And I thought you lived in the Country...

The setting is just perfect for this glorious build!

That's a beautiful sight to see. If maintained, it will last for generations too. When I was a kid our old barn simply wretched one day and collapsed. We had stopped using it for anything except storing hay and had just completed the new one. Just about all the materials, except for nails, bolts, tar paper, and shingles came from the property; red spruce and oak, and we did most of the work ourselves. Sadly, years after Dad passed, it had to come down, but the peak of the roof was still straight as an arrow. Now all over the interior of Nova Scotia there are many old homesteads built by the old guys that are just rotting away; end of an era. It's great to see that there are still people who respect the old construction methods.

Makes me think of Lennie Gallant's "Island Clay," a gorgeous song about the passing of such eras. In '88 or '89 we vacationed (for the 3rd or 4th time) in the Maritimes. I always try to buy local music from areas we pass through, and bought Breakwater on cassette from a gas station on PEI. Happened that as we were driving through West Rustico - and seeing the Gallant name on more than rickety roadside mailbox - "Back to Rustico" played on the stereo.

Great memory of some of my favorite places.

He is starting his finish carpentry but short on tools. I took him a drill press and router yesterday and in return left with some pretty nice lumber, including this awsome redwood slab. Gonna make a killer end table.

One of the 1x12 Redwood boards after a trip thru the planer. Gonna make some interesting amp cabinets.

Thanks for posting, Powdog. Great to see that type of construction. A fair amount of that still being done in this area of Pennsylvania, especially as you get closer to Lancaster County. Always a treat seeing a timber frame/ post and beam structure going up.

That would make an interesting home!

There are also some New England craftsmen who specialize in timber-frame construction, too. Here's an example . . . an interior shot from our favorite music venue in Maine (set up for a wedding in this pic). Lots of mortise/tenon joints & wooden pegs in this new barn: 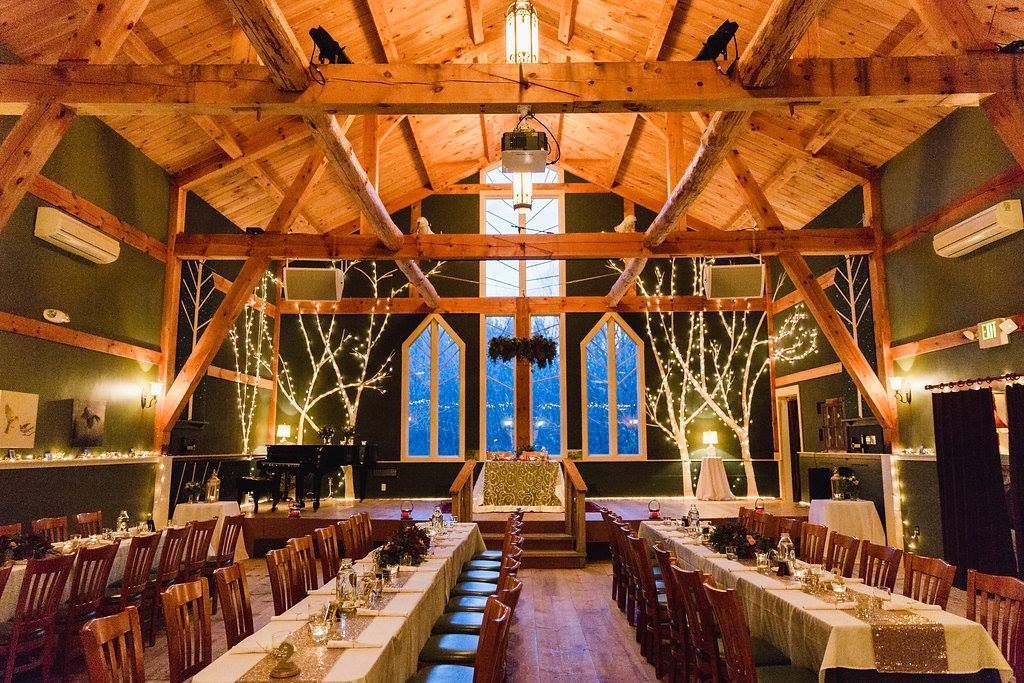 This was my Timber Framing project back in the day...Smiths Bridge over the Brandywine Creek.

Constructed from Bubinga Wood beams so it won't burn down again!

It's such a pleasure to look at wood...