This isn't meant to be about whether drugs are good or bad or should be legal or not but I am a big Bowie fan since 1982 and was listening to "China Girl" and "Ashes To Ashes" and that reminded me that someone told me that "China Girl" is about drugs but I differ because I saw an interview with Bowie and he says it is about the westernization of Chinese women by Europeans. With "Ashes To Ashes" it is about heroine and how bad it is. Bowie had a heroine addiction that would have killed him if he continued but fortunately he kicked it and lived decades longer until cancer got him. Don't know if in "Space Oddity" Major Tom was already strung out on drugs but in "Ashes To Ashes" he is. But "Space Oddity" came out before he was on heroine.

So there are a lot of songs that are not obviously about drugs/addiction to drugs, could you all give input on this. There are quite a few I know about but I will not mention them and see what you have to say are some you know of. If no one mentions ones I know I will at a later time in the discussion.

If you don't know this song here it is -

Sir Paul has acknowledged that he wrote "Got To Get You Into My Life" about cannabis.

Artist Rick Griffin designed the cover of the Grateful Dead's "Aoxomoxoa" so that the lettering can be read either as "Grateful Dead" or "We Ate The Acid," (Spoiler alert: they did) 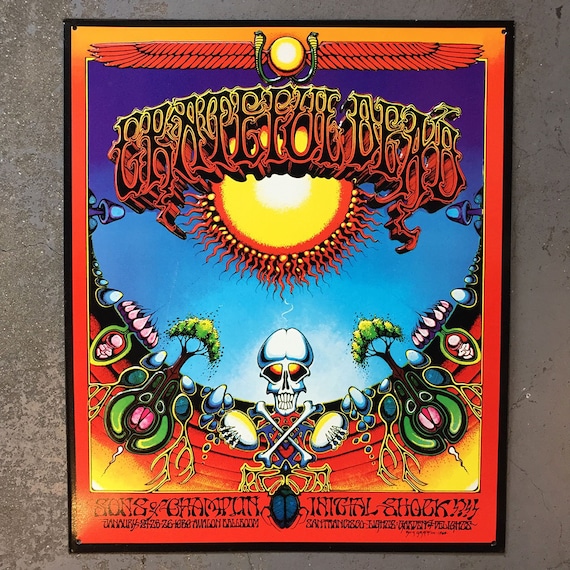 And we have to include "Get High" by the Sons of Champlin ---one of the very first songs to be banned by the FCC on its release in 1969:

I think Heroin by the Velvet Underground is about being addicted to peanut butter cups.

Berkeley-based Mad River only lasted for two albums in the 60's; their best-known song (which got local airplay on local FM stations) was "Amphetamine Gazelle."

Many, many reggae songs extoll the virtues of the Sacred Herb. For many years, San Francisco radio station KFOG kicked off the weekend by playing this one every Friday at 5:00 pm:

Steely Dan -- take your pick, but Dr Wu is my favourite.

Then there are George Formby's epics, 'With My Little Stick Of Blackpool Rock' and 'Auntie Maggie's Home Made Remedy'.

From Wiki... The song deals with the popularity of prescribed calming drugs among housewives, and the potential hazards of overdose or addiction. The drug in question is variously assumed to be meprobamate (Miltown)[2] or diazepam (Valium).[3]

Am I first with the Dead's "Truckin'"?

This may end up as long as What are you listening to right now?

Arlo: "Comin' In to Los Angeleez".

"Mother's Little Helper" was recorded December 1965...that's early on in this topic.

Jimi Hendrix "Purple Haze" might be the most direct.

Beatles---"Happiness Is A Warm Gun"

"Lucy In The Sky With Diamonds"

Amboy Dukes---"Journey To The Center Of Your Mind"

Well, you know...the duke of dukes claims "Journey" is not about drugs, but self-actualization.

Maybe not so overt as other examples, but Dylan's "Just Like Tom Thumb's Blues".

Actually written by This Guy-- along with "Snowblind Friend" and "The No No Song" all based somewhat on personal life experiences. 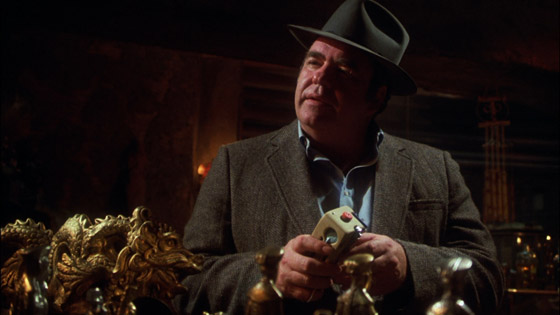 The Association's "Along Comes Mary" was thought at the time to refer to Mary J Juana.

I couldn't swear to it, but it's worth looking up the lyrics to see for yourself. Not many pop songs have lines like "curse that fault in me" - not to mention "the gassed and flaccid kids are flung across the stars / The psychodramas and the traumas gone / The songs are left unsung and hung upon the scars"...

I would say drugs are also heavily implied in the vicinity of "Sunday Morning Coming Down."

I kinda remember the Hoyt connection...I wonder about the "Magic Carpet Ride".

"Sunday Morning" is Kris being dragged to church by Connie Smith.

The Stranglers' Golden Brown is also about heroin.