So the ol' Squirrel Nut Zippers amp I built a few years back started making some noise. After talking with Jimbo, it sounded like a preamp tube. He made a trip to GC and called again asking which brand he should get. He was a little nervous about messing with the amp, so I said I have a buddy in the area that might be able to help.

As luck would have it, Jimbo's amp went wonky right in Josh's backyard. I sent him a message and he was at the venue in less than a hour. JB popped in the new preamp tubes and all was well with hours to go before showtime. Jimbo spotted him some tickets for his effort, and I breathed a huge sigh of relief since I didn't have to go pick up the amp.

A little while later, the noise reappeared. Josh made a second trip to the venue. Thinking it might be power tubes, he made a stop along the way to buy a new pair. No dice, unfortunately.

After digging a little bit more, he discovered the noise was affected by the treble pot. We had the same thought: leaky cap in the tone stack.

Jimbo sent the amp home with Josh to take a look. And this morning, he replaced the leaky cap and delivered the amp to get the Squirrel Nut Zippers back on the road.

God bless Josh and the GDP He went above and beyond. Hopefully he can post a few pictures from the show Thanks again, my friend!

Josh is great, for sure... Definitely no slouch with a soldering iron OR a guitar!

And don't tell anyone, but he has sufficient knowledge to be able to do the exact same thing with body parts.

Was this all part of the DeLisle extended warranty?

Helping out our buddies whenever the opportunity presents itself is the spirit of the GDP. I was honored to have the chance. And what a show! I didn’t get very many pictures, because my jaw was on the floor the whole time. Likewise, Jer’s amps are works of art. Someday I’m going to own one!!

josh is a class act thats for sure!! does the gdp proud as usual!

Last time I was in LA I needed to replace a preamp tube, on a Saturday no less. Couldn’t find anything I trusted.

Desperation breeds good friendships. Good on both of you two gentlemen.

Awsome amp Jer. You’re truly a master at building outside the box.

That is awesome! Good on Josh! 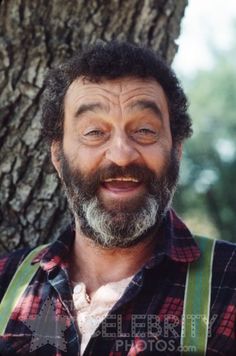 almost better than a Little House on the Prairie episode!!! Ok actually much much better.

Josh...making the world better one electron at a time.

Nice work in the amp! I wish I could hear one of your amps.

Am I reading the resistor codes right? Are those 26K mixer resistors?? I've never seen a 26K resistor.

Also, Jimbo is one heck of a nice guy sand played guitar for buddy guy for several years.

and thank you all for your excessively kind words!