Shockingly sad news. What a nice guy. I think of him every time I play the BZ Jet he swapped to me.

Praying for him and his family.

I remember Brian from his very first interactions with the GDP, and after as well. He showed up at one of Crowbone's Auction House Roundups. He'd been playing guitar for about six weeks. He didn't plan to take the stage because he felt overmatched, but I encouraged him, telling him that these events are for everyone--from beginner to Rock and Roll Hall of Famer. He got up and played a couple of songs. He was nervous, but he was presentable––certainly better than I was at the six-week mark!

I then talked him into attending a Nashville Roundup, and he won a Billy Zoom Silver Jet. Which within a few weeks suffered a fall and a headstock break that Curt repaired invisibly.

He was more than a "regular" at the Balto-DC Roundups: he helped me design most of the play-pretties (t-shirts, the cloisonné pins; I think he even took a stab at costume design for the go-go dancers once). He was a fine artist, and he always cheerfully endured my picky-detail change requests and translated my vague ideas into action. I always figured he would be a great bandmate, because he was a born collaborator.

As a guitarist, he just got better and better, and you could see it every year as he took his turns onstage at the Roundups. I enjoyed that so much.

He was also a devoted family man, and brought his wife (a good photographer) and kids (also burgeoning musicians) to Baltimore at least a couple of times. They were a tight, loving crew, most admirable.

Once I got out of the Roundup-hosting business, I had much less contact with Brian; I don't think we'd been in touch for a couple of years, so I had no idea that anything was wrong.

Brian was an exemplar of the terrific friendships and adventures that we can have when we back away from our computers and venture out into the real world to pursue our passions.

He was far too young. All of us are. Embrace while you can. You'll never regret doing so.

I am sad to hear this. My heart and prayers go out to Brian's family and friends.

At the Nashville roundup, that he attended, I had left my video recorder recording and Brian happened to have the Barn all to himself. He was just learning and a lot of it was painful but intense. You could tell he was going to work through this song til he got it. I appreciated that so much I ended up watching about an hour or so of it with just him and his guitar. It was enlightening to see after going through some of the footage that I had shot that weekend. He actually improved within that hour just working the parts over and over. I sent him a message about it after I discovered it and we both agreed to delete it and had a laugh.

Brian has been a great part of the GDP and he will sorely be missed. I'll tip one back for him.

Met Brian at a few roundups. Great guy. One day in his travels he stopped by to jam, we played and had barbecue. He brought me a Marine Corps flag and tee shirt. Only 2 years older than me and he's gone. I had great respect and admiration for him.

Bummer... I remember Brian from our Roundups. Was indeed a good soul and fun to hang with.

Very Sad...no one knows any better how things might unfold.

Sad to hear this, I had a very enjoyable time playing with him and Steve in the surf get together for the roundups. Really nice guy.

I received word from a mutual friend that Brian Burgess (Brian66) passed away recently.

I don’t have any details but I’ll see what I can find out. Apparently, he had been ill for a while.

Anyone that met him knows that Brian was a really kind and fun guy. It was an honor playing surf music with him in our Balt-Wash DC Roundups.

Here’s to you, Brian! 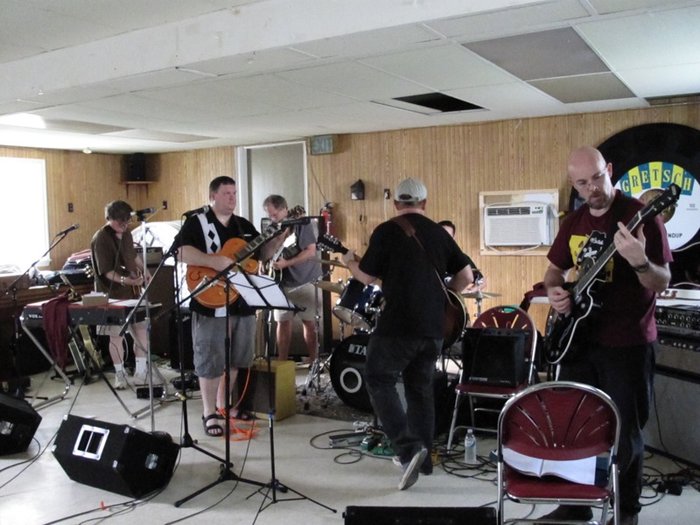 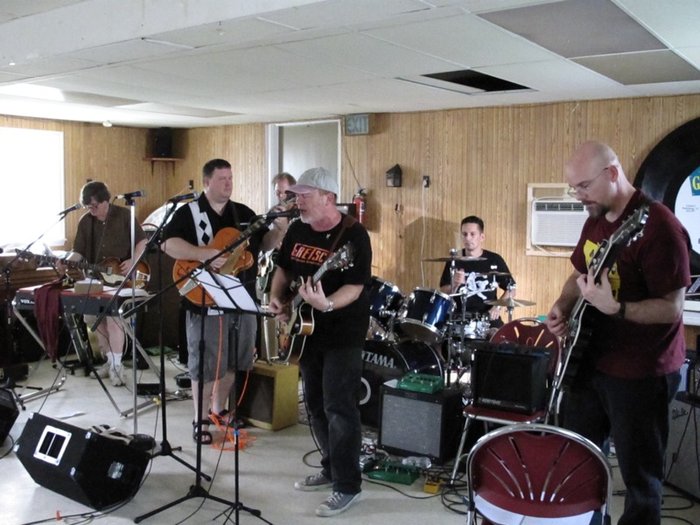 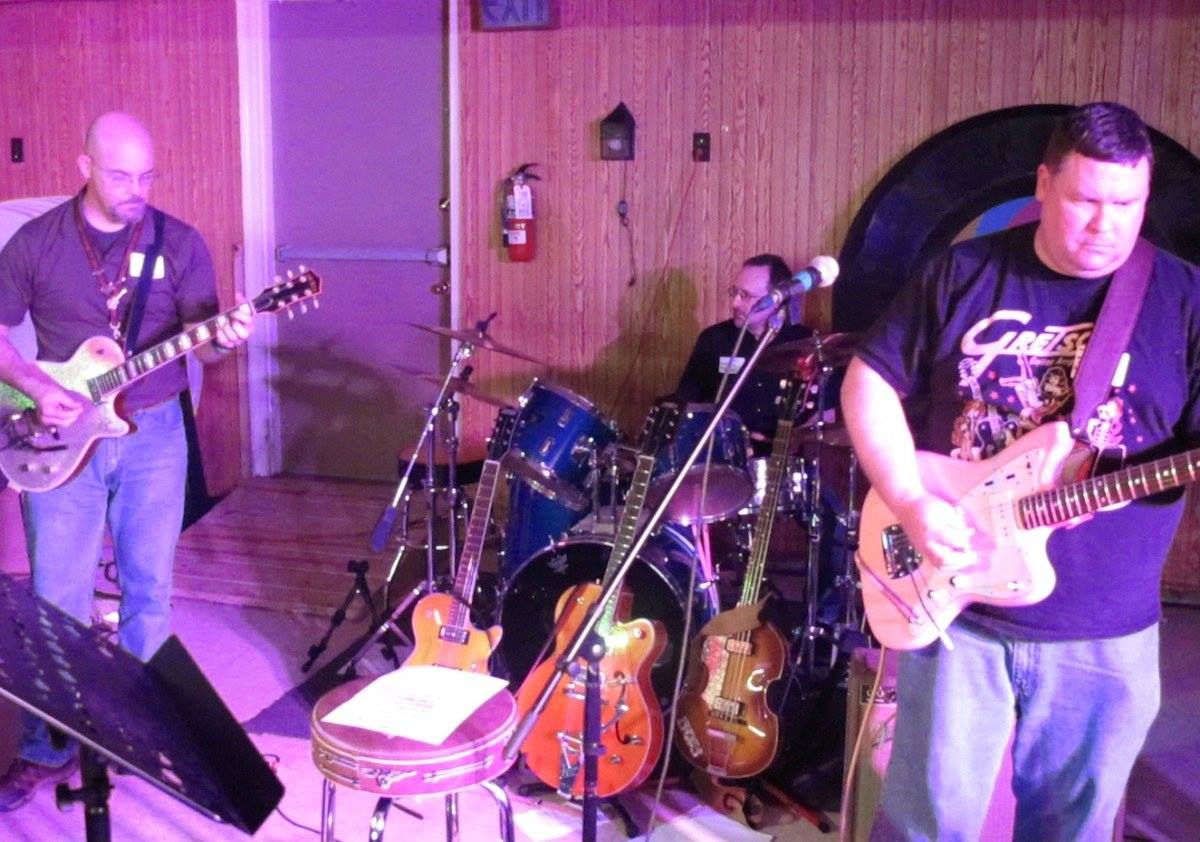 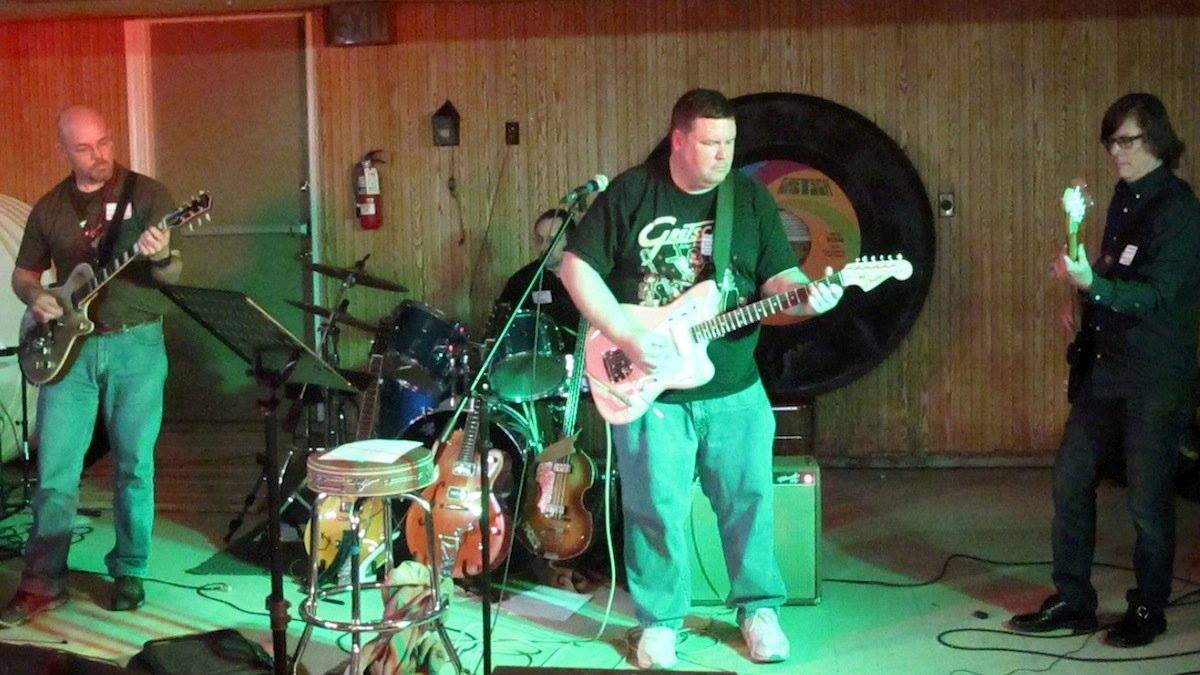 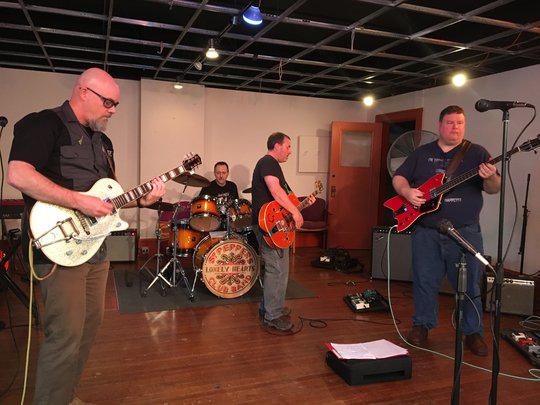 Rest In Peace Brian. Although I never had the pleasure of meeting you, all of us Gretschies are brothers and sisters. I will include you and your family in my prayers.

Bump for pics and vids of Brian in action. RIP my friend.

Thank you to everyone for sharing your photos, stories, and condolences on the loss of my husband, Brian. I have enjoyed reading them and I apologize for the duplicate post this morning sharing the news as I didn't realize this group already had the information.

Many of you have commented here but Brian was a self-taught guitar player after I gave him his first acoustic guitar for his 40th birthday. Prior to that, he had no musical experience. He worked countless hours practicing and while he never felt he belonged on the stage of the Gretsch round-ups due to lack of skill, he wanted to continue to learn and fine tune his guitar skills by playing with others. That was his favorite part of playing guitar was being in a band and playing with others. Any poor soul (friends, church members, colleagues, etc) that entered into a conversation with Brian about guitar would always get an invite to come over to the house for a free lesson! He loved his guitars and sharing that love of them.

For those wondering what happened, Brian was diagnosed with kidney and bladder cancer in March 2019. He had his right kidney removed as well as the bladder tumor. He was given a clean bill of health following the surgeries and started to go about regular life again. In August, he had not been feeling well and it was determined the cancer had returned with a vengeance with a tumor growing where his kidney used to be. It had also spread to his lungs. He started immunotherapy treatments in Sept/Oct but by the end of Oct. it was determined the cancer continued to grow and spread even more while undergoing treatment. There was nothing more that could be done and his cancer was so aggressive. He began hospice care and I went on FMLA to care for him at home until his peaceful passing on 12/12.

Thank you again for your kind words. Our family misses Brian so much. His Gretsch guitars will be treasured in our home and a nice remembrance of Brian. Blessings, Julia

Thank you, Paul. I remember meeting you at a couple of the Baltimore area round ups. Brian always spoke fondly of his friendship and working relationship with you.

This is awful news indeed. It was a pleasure knowing Brian and he will be sorely missed.

I have fond memories of coming to Fredericksburg to perform with him at a local pub for a Sunday brunch concert. He was a true gentleman.

Brian had asked that his testimony via video in his own words be shared at his memorial service and other formats following his passing. Below is some background information and explanation of the video. Brian was an inspiration to so many and is greatly missed. I just thought I would share with this group as well. Here is the link:

In September 2019 when Brian learned that his cancer had returned, we met with our pastor at church for a time of prayer and discussion about the uncertainty of the future based on the news we had received. Pastor Gina recommended to Brian that keeping a journal might be helpful to process through and sort out his feelings. After a few weeks of Brian wrestling with the idea of keeping a written journal, his creative juices started flowing and he began journaling in the medium he felt most comfortable….through visual art. As some of you may know, when Brian had an idea or task it would quickly become a passion and this project was no different.

He worked countless hours on a script that told his story. He made an audio recording of the script. Then he set out to complete the visual portion that would have his story come together in the form of a video titled “Three Significant Events.” Brian spent many hours with his pencils and sketchbook. As he became physically weaker through the cancer treatments and progression of the disease, he realized he was on borrowed time and the sketches became less detailed in an effort to complete them all. Over the last few weeks of his life, he struggled to sit at the kitchen table to attempt to finish telling this important story but ultimately was unable to. Only the first of the three events of his story was visually complete.

Brian passed away peacefully at home with his wife and two sons by his side on Thursday, December 12, 2019.

Knowing how important this final project was to Brian, I called upon Brian’s friend and fellow graphic artist, Alex Guilino. As Alex and I brainstormed how to complete the project, we discovered six sketches in Brian’s sketchbook that he had completed well before the journaling project began. The style and subject of the art corresponded beautifully with Brian’s script and those sketches were incorporated into the third significant event section.

Brian’s instruction was to share the “Three Significant Events” project not only at his memorial service but, in the future as well. This is his story and testimony as told in his own words.

Thank you for sharing this very personal epitaph with us...

Brian's testimony and synchronized artwork brought tears to my eyes. He was obviously very erudite and a talented artist. I wish that I could have had the chance to know him better!

Julia, thank you for sharing Brian’s very touching story. It is very sad, but it is also very comforting. We all are here for what is in reality a very short time. He was taken too soon, yet his experiences leave a lasting impression on those who knew him and even on those of us who never met him.
To have the awareness that Brian had, to know there is something higher watching over him, over us all is truly a blessing. Thank you again for sharing part of his life story with us. I never had the pleasure to meet Brian, but I can tell by that face, of his, that he was a kind soul.