Yep, that's a "special" one alright.

Wow! "Custom" is a good word for it. But not the good kind of custom.

Wow! "Custom" is a good word for it. But not the good kind of custom.

Perfect example of just because you can, doesn't mean that you should.

But it's a custom shop antique.

Wow that’s ugly! But kinda cool in all of its weird curves and angles???

Exactly! How much of this bizarre creature do we think left the factory in its current configuration?

Did the neck stop by Rickenbacker's factory on the way to the owner's house?

It needs a lamp shade.

This guitar looks very cool and time-honoured Gretsch quirky to me, and I bet it's a rocker with the closed body and supertrons.

Since going the custom route, it should have been green. Dammit. 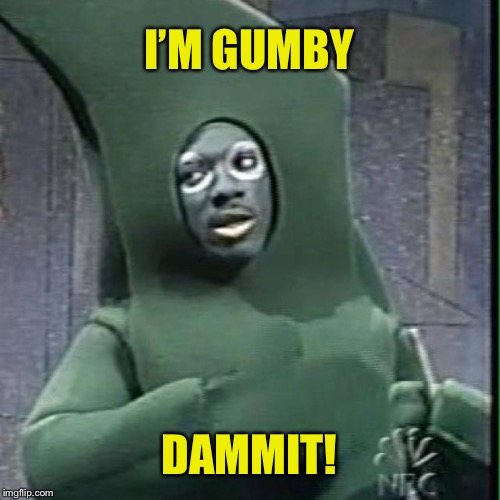 That's not Gumby. Gumby would never swear. Not even if he stepped in Pokey's horsepatties.

I really like the specs, a 17" plank with Supertrons and a weird headstock! I love it, but not at that price.

Presuming that English is not your native language (based strictly on knowing roughly where you live), you have a great mastery of the language. Compliments.

I am in your camp--it's traditional enough in most respects to be within bounds yet a bit daringly different.

Still I can't think a guitar no matter how custom that left that factory without a serial number and "Made in USA" stamp on the back of the headstock. So refin.

It wouldn't have had those knobs in 68, no space control with Bigsby, pick guard cut, TRC thing, etc etc.

I think I like it because it reminds me of Ed's Gent prototype.

I don't exactly dislike it. I'm just more curious to know what is probably unknowable - i.e., how much of that is factory work and how much is aftermarket.

I do find it strange the the Gretsch logo on the headstock isn’t quite centered that and the strange shape of the pick guard?

"100% original" -- Frankengretsch. That he shaved the headstock edges to accomodate the Waverly tuners is funny, especially with the cut 6th string tuner. Pull off the backpad, look inside and you'll see all sorts of "mods" that never came from Brooklyn. I do like the neck heel binding though. I vote it's a chopped and glopped Viking, done in the '70's or '80's.