Ya never know what’ll happen in L.A. when it comes to guitar stuff. I met Jonathan Stout some years ago and we’re Facebook friends, we play some of the same venues, and have lots of mutual friends/acquaintances. But it’s not like we hang out and I don't mean to imply that. But through our conversations he knows I have a ‘37 ES-150, and so does he. And his needs a binding job, which will take some time. So he asked to borrow mine while his is in the shop. I’d love to have a real jazz guitarist make mine sound like I know it can. So I said “Sure.”

It took about a year for the timing to work out, but on Thursday we did the handoff. As a show of gratitude, I got to his house and he had the jewels of his collection out on display for me to try out. We jammed very briefly, and as another friend once described, his laser-focused timing and great improvisational chops showed just what an amateur I truly am. But he was gracious, and I got lots of tips about playing swing rhythm guitar, we discovered more mutual acquaintances we have, traded some gear acquisition stories, and best of all, he doesn’t play fingerstyle, and he made it look like I impressed him when I did on his National Tricone. I didn’t even notice the additional traffic on the way home after staying an hour longer than I’d planned. Good times. So if you should happen to see him playing live with an ES-150 with no pickguard in the next few months, it’s mine.

How very Christian of you, Frank! 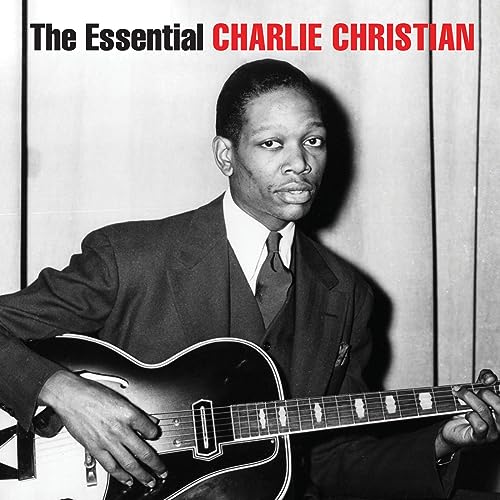 Ah,he is one old school dude,and as good as it gets. He has the whole Charlie Christian tone down stone cold. Sounds like a good time !

Cool story, Frank. Hope you get it back in one piece.

Great story - that guy is a monster player and really knows his stuff about the gear to get that CC sound. Jealous that you got to hang "and" you have a real ES150.

Wow. Can’t believe I have never heard of that guy! What a great player! It stuns (and frustrates me to no end) how rarely players in classic genres get out and tour. And I live in a city with a vibrant music scene!