This shooting gallery had it all...even ducks to knock down:

SSP racers. Pull that cord and the car would race down the street forever:

Had about four of these. I never got the cool one, Colossus Rex. I still cry over that.

I had a stick and a rock.

Actually, the folks bought me a $25 upright piano when I was five. I still play. When I was six, they got me a kid's 16mm projector and a half dozen 3 minute cartoons. I'm a retired projectionist/stagehand.

Monster in my pocket

My brother and I LOVED models when we were kids. I got a model of McHale's Navy's PT-73 for Christmas, 1965. I also got my first guitar then, too. A Maruha acoustic which I still own.

It's essentially hot potato with a wind up top that ticks, then claps really loudly when it's time is up.

I had a Mohamed Ali and Ken Norton boxing set ! This has been a friend for ever: 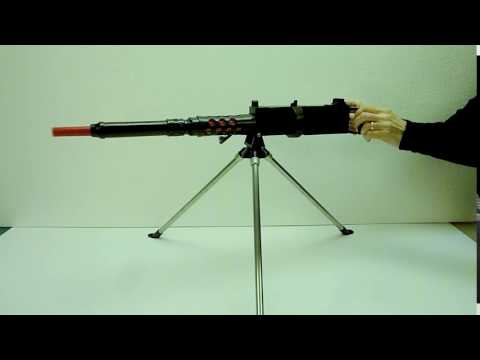 I had just about everything in Mattel's Major Matt Mason line of space toys. In fact, I had everything pictured except the 4-wheel buggy at the far right. 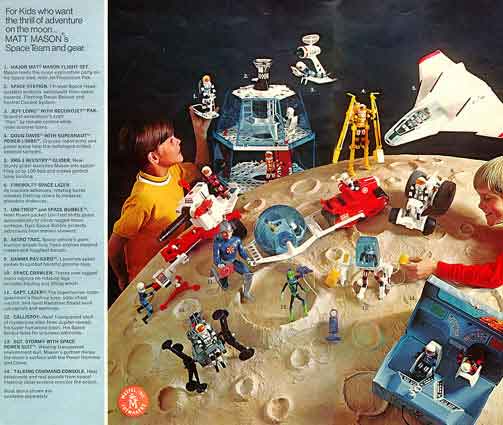 I spent a lot of time with a Daisy Eagle BB gun (with a scope, no less) in my hands. Lionel trains were great on rainy days. Flexible Fliers for snowy weather were a must. Dad let us use his tools ("Put 'em back where you found them."). Living in an oak forest provided a lot of entertainment as well. Cub Scouts and Boy Scouts taught me a lot as well. They let us play with knives and axes and fire. The main difference between the Scouts and the military is that the scouts have adult supervision, and the military has better explosives.

Had a set of Jarts, the ones with the metal tips. We played with them almost nonstop during the summer. No one was ever impaled.

I had many of the small Madame Alexander Dolls; they were my treasures. I spent most of my time riding American Saddlebreds and dancing with my Ballet Troupe. So, I suppose all that also are my "favorite toys."

I still have this pretty Angel Doll, and about four more of the small ones, and my Bride Doll. My grandmother sewed beautiful clothes for all of my Dolls:

I loved AMT and Monogram model cars and any kind of toy motorcycle.

I loved AMT and Monogram model cars and any kind of toy motorcycle.

There was something called a Crashmobile, I think. It was a plastic car where the body parts clipped in to spring loaded fasteners. The front bumper, when depressed would release the clips and the fenders, hood and trunk would go flying off. Push the car into a wall and watch all hell break loose.

My Fleishman HO train was (and is) well loved.

Other than Legos and model kits I remember these most fondly

You must be under 40. I'm 41 and my toy gun days were at the very tail end of that golden age where cops didn't shoot kids with toy guns, so we didn't need a bright red muzzle. When that started, I was getting too old to play with toy guns, but it still pissed me off. How are kids supposed to suspend their own disbelief and convince themselves that they're elite special ops soldiers or drug kingpins when their guns looks like a dog's boner? 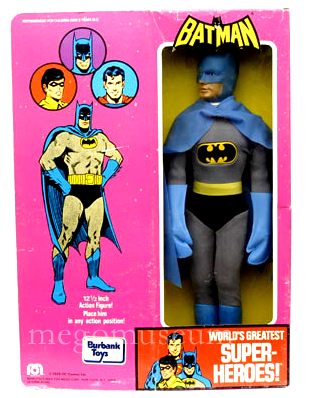