Landline. The 911 trace feature can be a lifesaver.

I'm in the same boat as DAVE_K.....my CATV/INTERNET provider has "bundle" pricing which includes the Phone Service...if I got rid of the Phone, I would lose the bundle pricing and my bill would actually go UP....so, yes, I still have a land line, but in actual usage, I've been "without" a landline for about 4 years....as others have said, the only calls I get on it are telemarketers.

We've got the cable bundle thing but I've been half way thinking of getting a real land line from the phone company. We have too many power outages around here and that leaves us relying on mobile which die at the most inappropriate times.

I like the convenience of mobile phones but I hate the poor sound quality and delay which makes conversations a struggle.

No landline for 8 years but that's not unusual here out in the country in Spain. Don't have Sat TV either. All online content.

Still have a landline, tho it's not bolted to the wall anymore. F'ing robocalls are annoying---and supposedly illegal. As it's in a bundle, we get phone, internet and TV all together. It just went up again and now I'm tempted to switch, but none of the alternatives are particularly enticing. Without cable, we'd only get one TV channel (and not a very good one at that). I grant that cable's better than it was 35 years ago---it's also more than 10 X more expensive as well. Being homebound, it's a main source of entertainment. Being Xfinity/Comcast, it's also a PITA. As someone mentioned, sound quality on cel phones is terrible. I don't think that it's the carriers' fault, but the devices themselves. I own a flip phone that I haven't used in over a year. One advantage of the land line is caller ID. No name, no number? I don't answer. The "Do Not Call List" is bogus at best.

I still use smoke signals.

I still use smoke signals.

I can see them from here.

I can see them from here.

There you go then! Who needs a stinking telephone anyway?

Landline. The 911 trace feature can be a lifesaver.

Ditto to Dave K and Toddfan.

Would cost me more to exit the bundle,we're getting stroked on that deal ya know.

I think I am gonna get rid of the ATT Uverse phone service. It's $35 a month but as I said I hardly use it, haven't in months. I will stick to my cell phone and I might get Basic Talk which goes over the internet. It's just $10 a month and free hardware. I see mixed reviews. Some reviews are good and some aren't but I think I should give it a try for that price. I will save $25 by getting this and getting rid of Uverse. They both are VOIP but the diff is the Uverse doesn't cut into my band width and Basic Talk does but that's okay because I won't use it much anyway. It's just for a backup I guess.

We dumped the cell phone and just use some tin cans and string...... 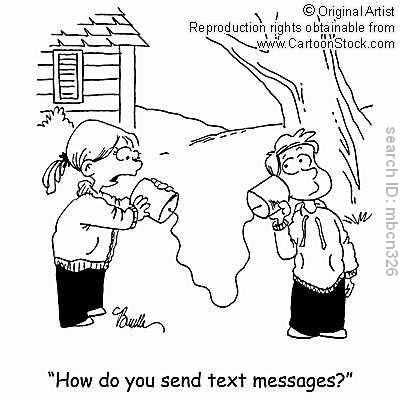 Hermitt, you should offer your services for your neighbors. Charge a nickel a call!

The only reason I still have a landline is because ATT say I can't have their internet service without it. The only thing plugged into it is my computer.

I got rid of my land line 6 or 7 years ago, I was basically paying $46/month to have telemarketers call me even though I was on the no call list. I haven't missed it one bit!

Still have the landline,still use it all the time at home.Got a flip cellphone we turn on only when one of us leaves the house.I think it'll text,but I refuse to learn how.No Internet,no camera,no GPS.No problem.

Mine's in a bundle, as well.

The only reason I still have a landline is because ATT say I can't have their internet service without it. The only thing plugged into it is my computer.

That's odd, ATT never told me this. Wonder why it's different for you?

That's interesting echo, you have att but just internet?

That's interesting echo, you have att but just internet?

Thanks echo, I'll give them a call again i think.