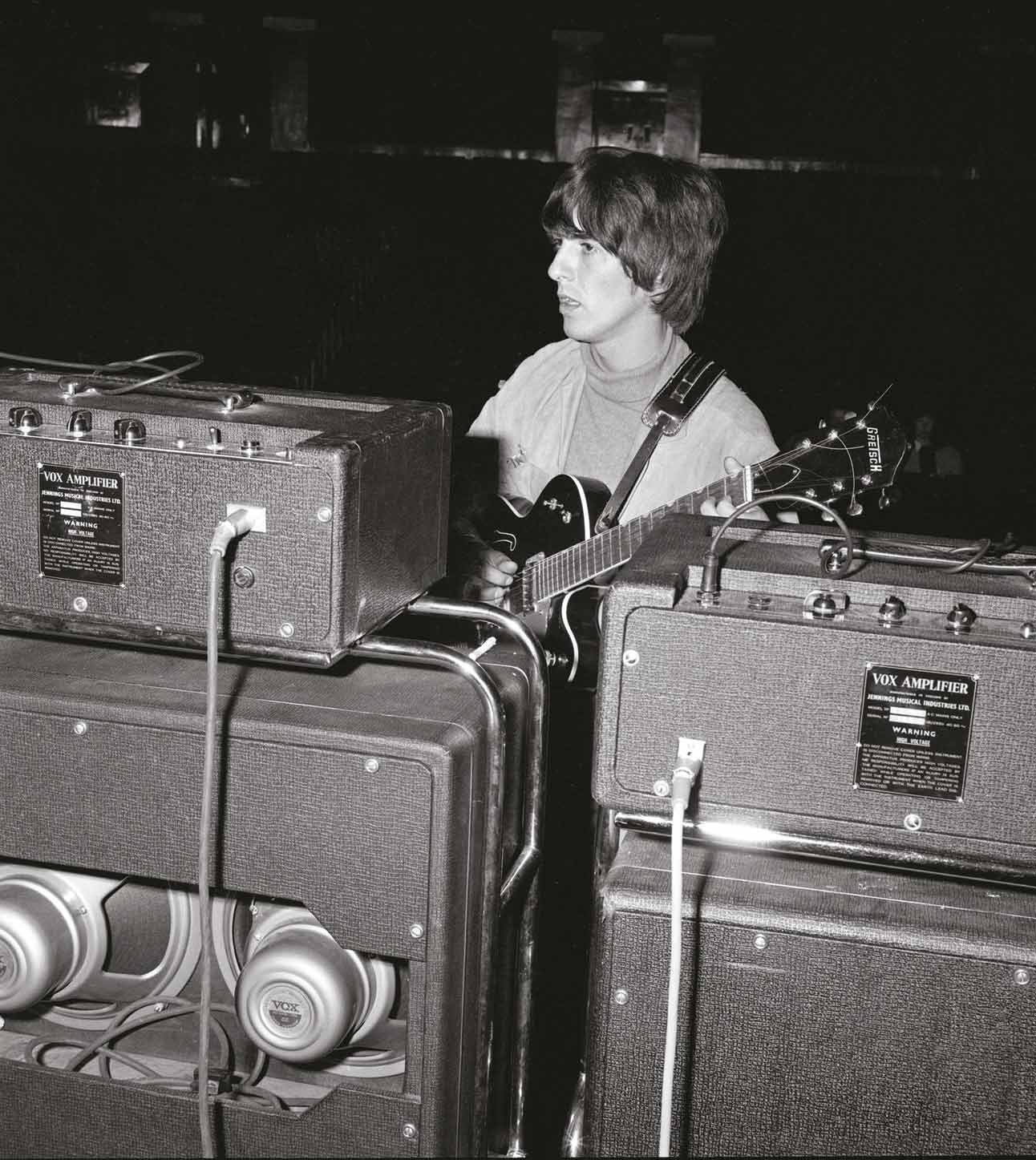 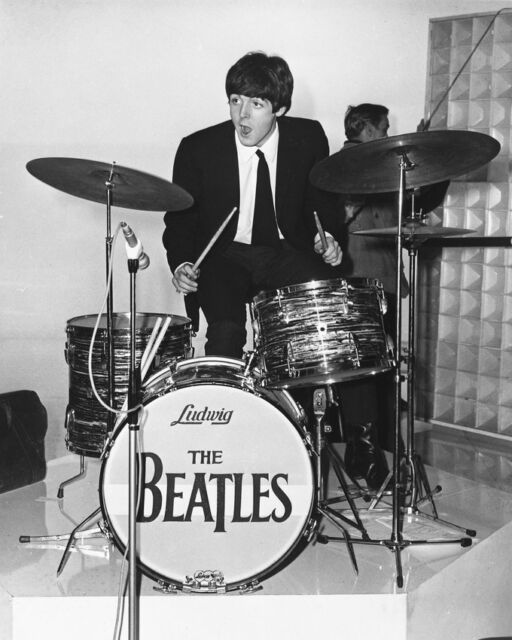 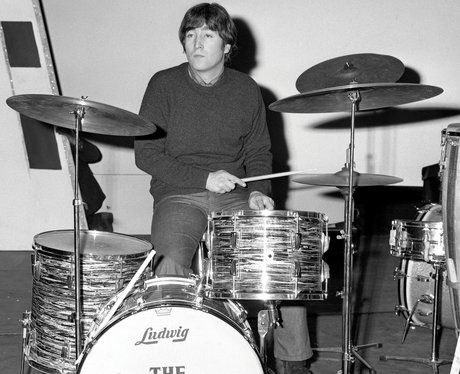 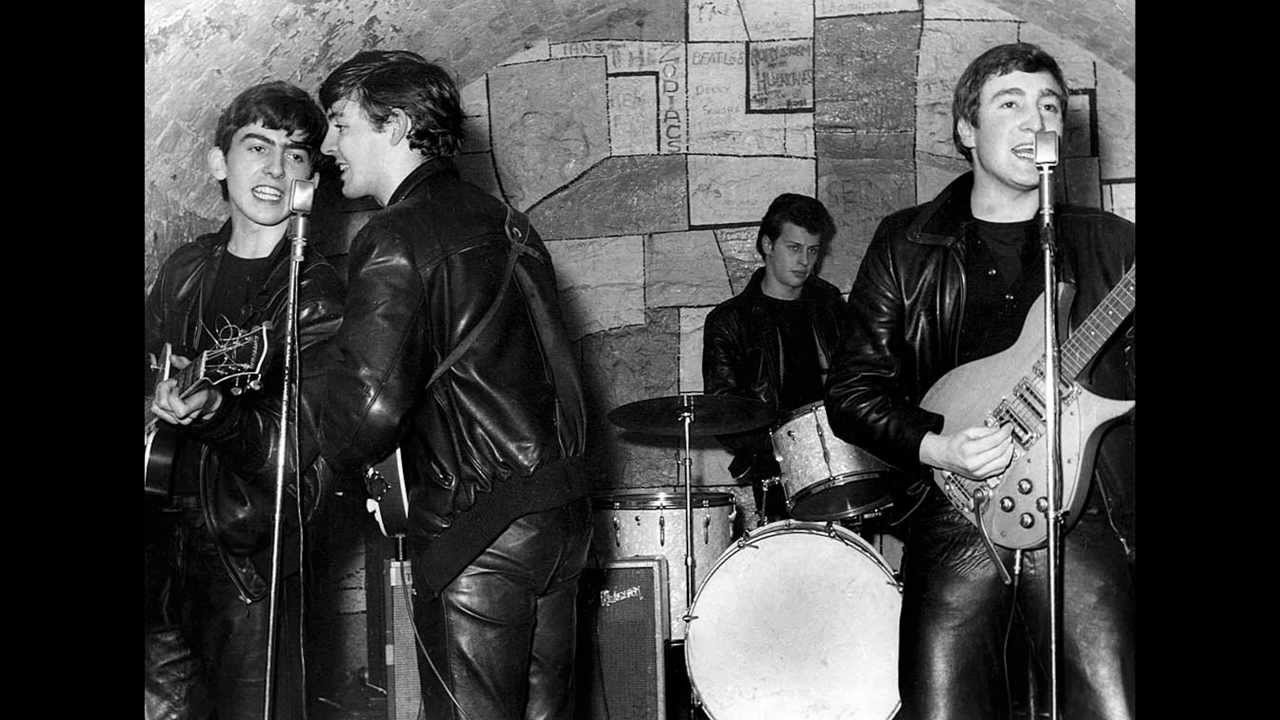 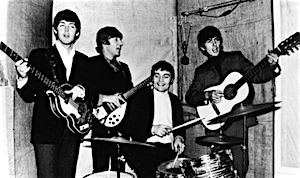 I started looking as soon as I saw the picture! No luck...

I say check out those righteous Vox amps -- I think big-head AC-50s, but scholars note that they had AC-100s by the time the Tennessean was on the scene.

I started looking as soon as I saw the picture! No luck...

If anyone really needs it, I have friends who own Dirty Tees; they will make anything that isn't protected. If you need their contact information, just let me know. (Yes, I love the name, too, and they are totally awesome Girls.)

On closer inspection I tend to agree.... Still, 'twould be a nice surprise if Macca happened to send me one!+

I say check out those righteous Vox amps -- I think big-head AC-50s, but scholars note that they had AC-100s by the time the Tennessean was on the scene.

Those are AC100s. The AC50 heads were only used with the 2-12 cabs with Midax horns with the bells sticking out the back. But the part about the Tennessean is mistaken. George got it in late '63 or early '64. It stayed as backup until the "Beatles for Sale" era, but it did pop up occasionally. Here it is in Paris, January '64, with the AC50s.

Fun shot of the day!

One of those youtube links led to a video of Helen Shapiro on Ready Steady Go! from 1963. The song is called "Look Who It Is." Guess who the co-stars are in the video. Yup.

In collarless jackets too. Mugging it up on their way to a hard day's night. Such punks. A real gem. But no Paul!

Here's a bit of trivia. While the other three were doing their shtick with Helen, Paul was getting ready to act as judge for lip syncing contest segment. He chose contestant #4, Melanie Cole. A few years later, Melanie Cole was in the news for running away from home. Paul happened to read and article about it and that inspired him to write "She's Leaving Home," not having any idea that the runaway girl was the girl from the lip syncing contest.

I remember hearing or reading a story about a show the Beatles played for a boys prep school, or boarding school, whatever. The band enjoyed it so much because it was all boys, which meant almost no screaming.

The boys listened to each song, politely clapped, then listened for the next song. The band could "hear" themselves, and they loved it.

I've been looking for material about the story, and here it is.

Unused photo for the white album.

One of my most favorite of George and Paul.

Unused photo for the white album.

I wonder how critical and popular opinion of the enduring fertile sprawling mystery that is The White Album would have been different had that cute design been used instead.

That's a really cool story, Indianation65. Thanks for sharing.

I had an AC-50. The only way it would sound full and great was to crank it. Crazy loud. Wonder how loud the AC-100 would need to get to sound right?