I’m more of a greaser than a geezer.

Age or state of mind?...….which ever one seems to apply. I'll consider geezerhood when the body starts to breakdown. So far I'm pretty good on that count; '69 and counting. 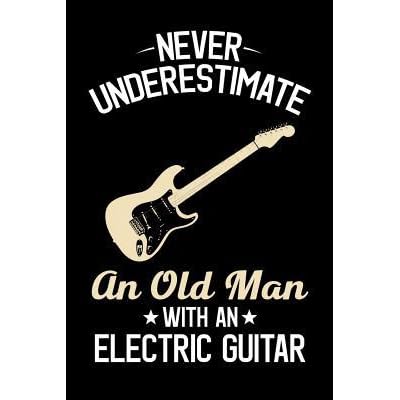 I certainly feel older, my daughter (who was born the same year I joined the GDP) is now of legal drinking age - and she would call me a geezer.

Someone told me there are two ages and they have nothing to do with numbers, alive or dead.

My son is the age I was when I started gigging - 22. But my wife and I are both proudly extremely immature.

Old enough to know better, and young enough to do it anyway.

I like when my kids tell me to grow up.

I just got finished yelling at some kids to "get off my lawn". I can't stand those little whiper snappers!

With all the griping about what ails us in some threads, I'm starting to wonder if this site's name has changed from The Gretsch Pages to The Geezer Pages.

Just curious, do we have anyone of you younger generation, or are we all grand dads with older children?

Not a graddad with older children.....but I'm certainly that age. And I'm proud of the fact that I can still hump a 50 lb Vox amp from the house to the car, from the car to the stage, do the gig, and reverse the process when the show's over.

If I were any more of a Geezer, I'd be playing bass for Black Sabbath.

That reference alone should be proof of my geezerhood.

Gen X-er here. Not a geezer yet and doing my best not to become one.

"I wonder what Weezer will change their name to when they're 64?"

well, since Geezer is too obvious, i'm thinking the proper response is "Wheezer," particularly if they move to Denver.

am i a geezer? i guess it depends on your criteria. chronologically, i'm old enough that i saw the Grateful Dead with Pigpen. but i never crossed over into the sensible-middle-aged-white-guy thing with the polo shirts, khakis, and sensible white trainers that never get off a paved sidewalk. people consistently under-guess my age. i'm family-free, and spend a lot of time going to concerts up and down the Central Atlantic coastal plain. i keep changing, but somehow am still the same...i've never liked any one stretch of history so much that i wanted to stay there forever. so my hair is still long, but now it's long and purple, and i dress like i'm about to head out on a camping trip cos often i am. i may well look as silly as heck, but i'm OK with it. i've been told that i'm pretty memorable.

I'm with Slim and I'm a year older than he is!

Not an old geezer.

More of a Sleezer here.

"And I'm proud of the fact that I can still hump a 50 lb Vox amp from the house to the car, from the car to the stage, do the gig, and reverse the process when the show's over" - Jim Krause

Here's my level of geez: When I shop for an amp now, my main concern is not how it sounds, but how much it weighs.

Whether or not we feel or self-classify as wheezing geezers, I think John’s original post went more directly to the looming demographic challenge that faces both Gretsch and the GDP. No matter how hip and in touch we fancy ourselves, biology is going to win.

Many current GDP members have been “on the pages” for 15 - 20 years, and - almost axiomatically - buying Gretsch guitars for at least that long. I doubt many of us will be doing so in another 15 - 20. Sure, the younger among us (clearly a relative term) may remain musically, socially, and “consumerly” active into their 50s, 60s, maybe 70s. But for the older of us, how many gigs will we be doing, how many Roundups attending - how many guitars buying into our 80s or 90s?

I see this aging out as more of a problem for the GDP than for Gretsch. Gretsch has purposely and methodically reached out to younger players in non-Gretsch-specific genres, with great enough success that I don’t know many (or any!) of the new artists I see on Gretsch’s site. And while casually taking in media, I see Gretschs in the hands of an increasing number of young players. (Thunderwalker’s assertion that his Gretsch is a geezer’s guitar doesn’t do much to prove how young-at-heart he is.)

On the GDP, though, I think it’s true that those of us with more impressive attainments in collecting birthdays outnumber the younger generation of Gretsch players. It’s bothered me for years that we seem unable to attract and/or keep those “new” Gretsch players. It doesn’t bother me that core membership is aging - it generally beats the alternative - but it does bother me that those of us who shuffle off, lose interest and wander off, age out, or get bored to tears aren’t being replaced by incoming recruits.

I’m always told that it’s at least partially a fact of generational media choices - that forums aren’t cool to kids - but I see plenty of youts in pedal forums and comment sections of youtubers who are of more interest to young players than we self-evidently are. I know Bax has some ideas to revamp the format to be more attractive, and I’ve exchanged lots of ideas with other members via email.

But nothing happens - and there are too many days, even through the week, when we don’t even break one page of active topics (25). At one time, it was a full-time job to keep up. It’s ominous.

I really wouldn’t mind if the place was so overrun by young Gretsch heathens that we seniors would have to beg management for our own forum section where we can gather for safety, rock in our chairs while remembering how we used to rock, wonder if we’ve told this one before, and fart without hiding or apologizing.

Sometimes it feels like a sci-fi: what happens to a planet without children?