that one's not a Gretsch

Correct. It was more about Darrel being "slightly" younger here.

Correct. It was more about Darrel being "slightly" younger here. 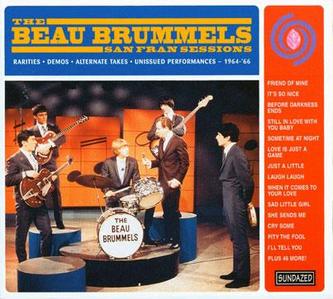 Does the back of a CD cover count?

My latest record has a photo of my Rancher Falcon for the art.

Every Chet album has a Gretsch cover...?

Another one by this "Gretsch representative"...

And a Falcon in Finland

Backstory-- Bo was in town (Nashville) for a show in 1991-- By complete chance I ran into him at Great Escape-- a record/comic book store... he was picking over old vinyl... I asked him if I were to buy one of his older records, would he be so kind as to autograph the album for me-- HE went to the "Bo Diddley" bin himself, pulled out a mono copy of "Go Bo Diddley", and said to me: "Ya know, this has always been one of my favorites"-- I quickly took it to the counter, paid for it, and then took it back to him-- where he promptly autographed it on the spot... Oh yeah almost forgot-- he gave me free tickets to the show... my third (and last) time that I saw him perform live.

When I was a kid Bo was living in small town in New Mexico called Bosque Farms which was fairly close to where I lived, Belen, for a few years. He used to play at the Catholic Church in my town for Saturday night dances. Most of the kids were clueless to who he was but I would stand there right in front of him and watch every move he made vocally and guitarwise. Many years later (29 to be precise) after he got a little more success back (post Blues Brothers movies and the resurgence of blues in the mainstream), he started to tour again, and my duet The Legendary Porch Pounders opened up for him. Well right before the show we were all hanging out together, I asked if he remembered those gigs at the Catholic Church, and he said he remembered them clearly, and he smiled broadly when I told him that I was the kid that would stare him down. So I was so pysched that I went out and killed it on the guitar, then he did his show and tore it up. And by the time he hit the stage it was getting pretty cold outside (Utah in the fall), yet he still delivered a kick ass set!!! Later, after the show, I was sitting in the green room with him and his band. He was signing autographs for many of the sponsers of the show and I was playing a resonator guitar, just fingerpicking. He stopped what he was doing, and told me that he loved what I was playing, and the next thing you know he was making up a song to go with my playing and he started singing right along. We kept it up for awhile! It was one of the best moments of my life!!!