If you haven't ever seen the video I linked to and have 20 minutes to spare, you should check it out!

Why did this pop up on New Topics, when the last post was 2 weeks ago?

I've noticed a topic can be promoted on just an edit to a post. No idea if that happened here though.

Why did this pop up on New Topics, when the last post was 2 weeks ago?

Someone must have edited or deleted a previous post.

Sorry there buds! I was posting a picture of a new yet old blue guitar and it didn't take.

No problem, RJ! I was just confused.

For some reason I can't post pics off my hard drive.

For some reason I can't post pics off my hard drive.

I've got one of those!

After all these years I got me a ROGUE ST-3

Well at least it's a blue guitar

My Sonic Blue Jaguarillo. Best $249 I ever spent.

Nothing wrong with blue guitars - this one's a '96 Les Paul Studio Gem series. I got it cheap (due to the finish on the back of the neck sanded off) but I think it sounds great.

I have been digging on P90 pickups this past year. I love the tones I get out of my Epiphone Casino which, until now, has been my only guitar that has them.

So for a while I've been looking at Jazzmasters, and also Les Paul models fitted with P90s. I've got an ebony Les Paul pro with humbuckers that I'm very happy with. But it seemed if I wanted a stock LP with P90s I'd likely be falling into a goldtop. I really don't want 2 black Les Pauls.

I'm not nuts about the look of goldtops, but I do prefer them to a burst finish. It's an iconic look.

.. Then I saw Epiphone's '56 Les Paul Standard Pro in their limited edition 'Chicago Blue' finish.
It didn't take long to decide, and it showed up today.

This past June, I bought my wife this 1965 Mosrite Ventures Mk IV bass in Pacific Blue as an anniversary gift. Here it is posed next to her '67 Ventures Mk I.

This shaded blue 1967 Rickenbacker 365OS has always stuck with me...

I've had a Fender Modern Player Marauder in Lake Placid blue for some times.

I've got it back!

Well, since I've acquired another blue one since my last post, I'll take it as a sign from the universe that I should post some pics. So here they is: 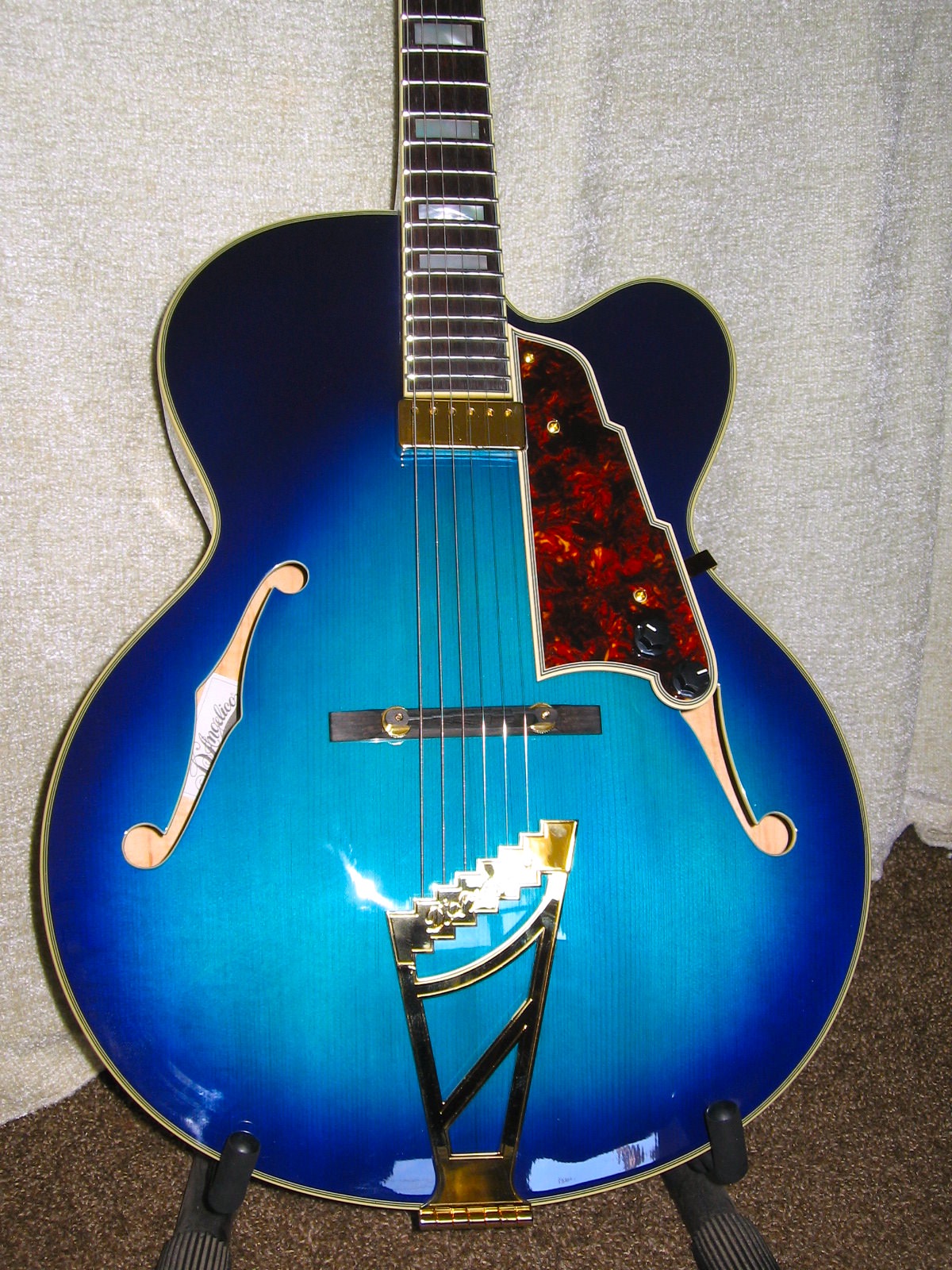 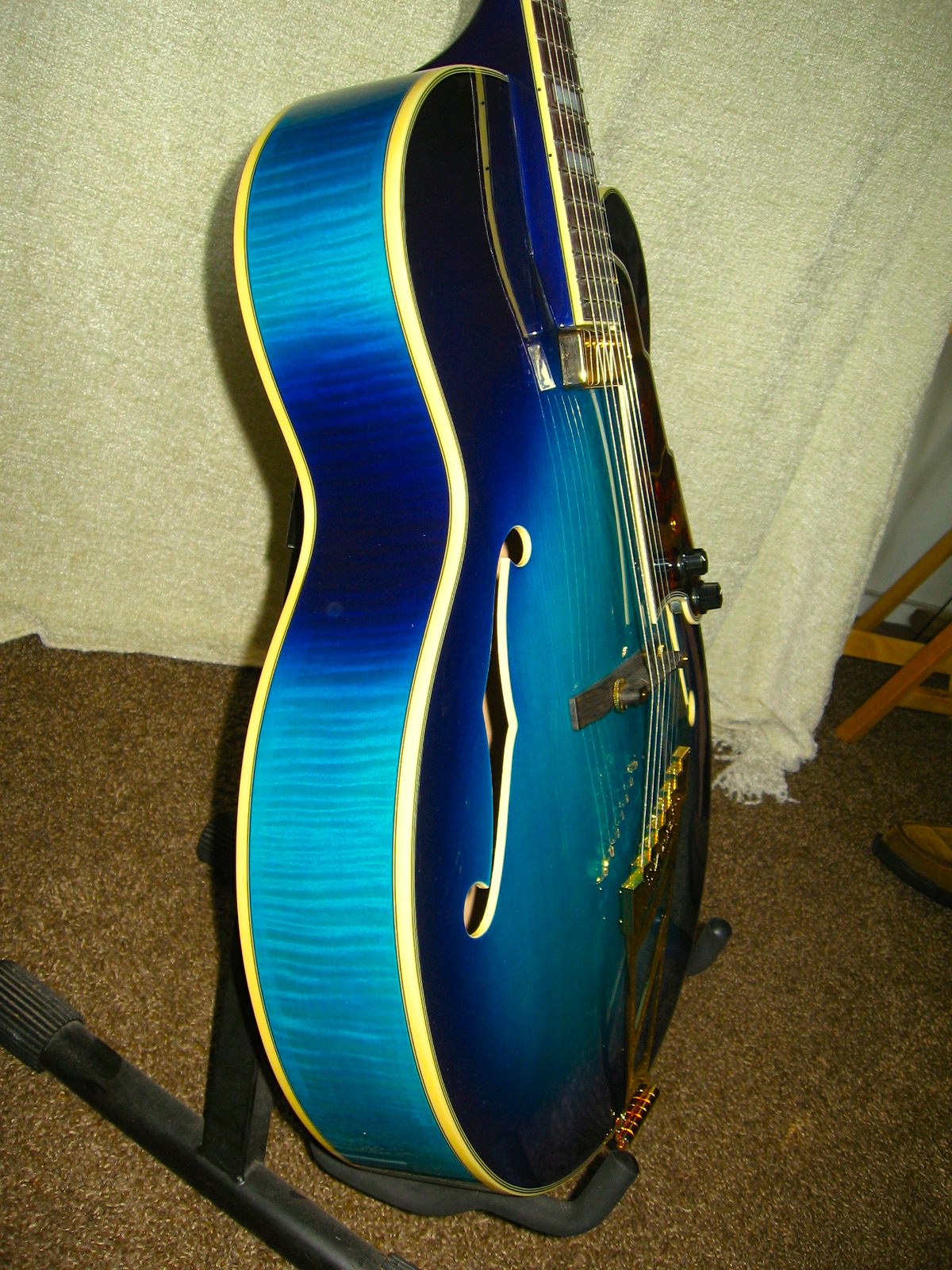 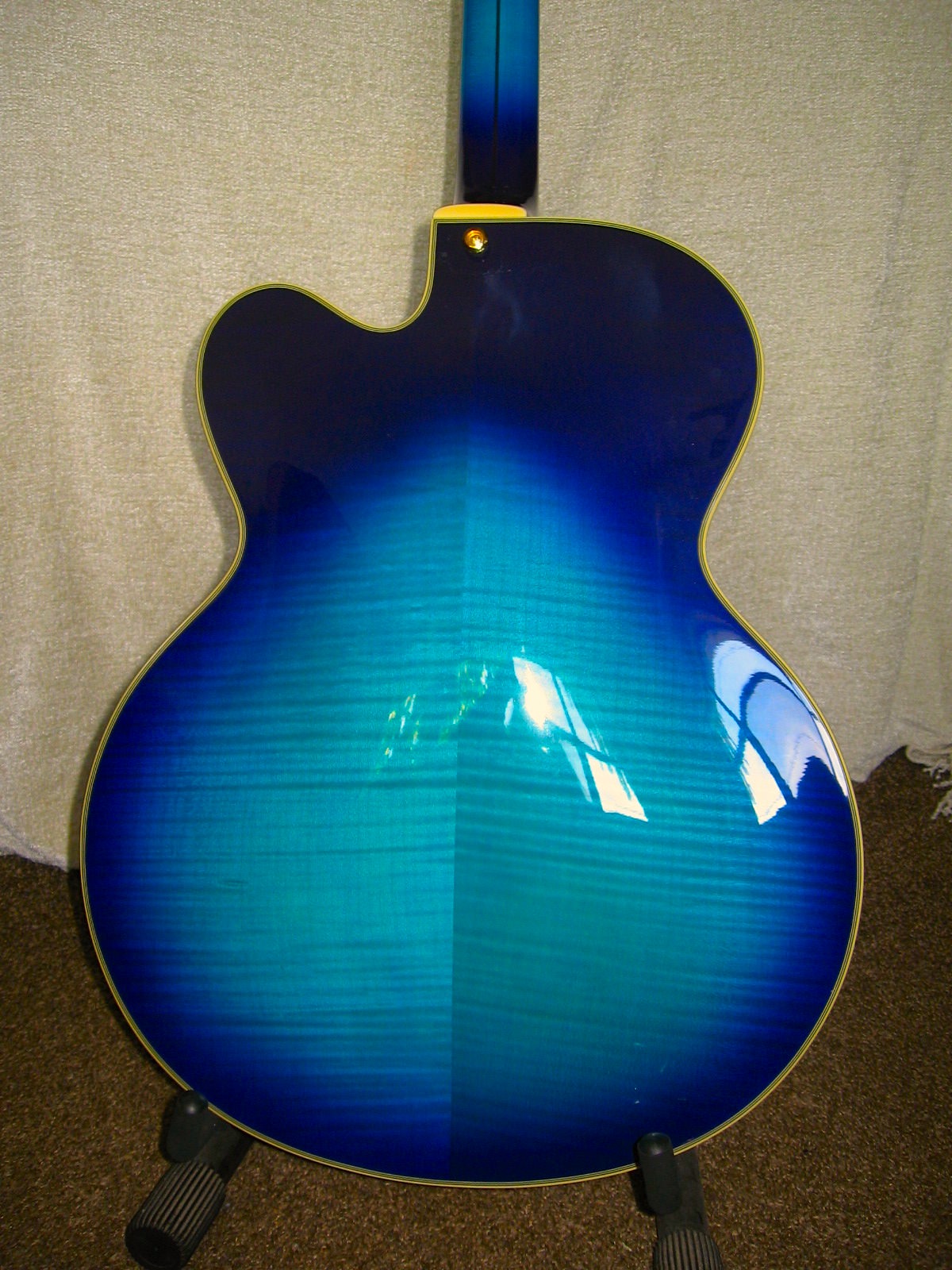 Last weekend I went out to look for a Les Paul. I came home with this.

Since this thread has popped up again -- Sonic Blue Jazzmaster and a Wotzit Blue 5420.

I designed this one.