Hmmm. I went to the Epiphone website and there are NO Casinos listed, except for the smaller bodied Coupe! Have they given up on the model? Very odd. I suppose they may reintroduce the Casino as a higher USA made model, but I'm surprised that no Chinese-made models appear to be available anymore.

I find this development highly tempting.

The rumors I've heard are that these USA Casinos are going to be available sometime this month and that there will still be a MIC version. That would be a win-win in my view. The price being thrown around is around $2,300 for the USA Casino.

I'm excited to play one.

I'm buzzing for these guitars to go on the market!

They already have that one in the Elitist series (made by our friends at Terada):

They even had USA version.

I'd want a trem so I can embrace my inner Keef.

If they're anywhere near as good as the Gibson ES-330s they built a few years back then I will be mightily tempted. I was surprised recently that I can't find a new 330 for sale. Maybe they're thinking the USA Casino will fill that niche.

Why would a rosewood 'board put you off? They always had RW boards.

what's wrong with the rosewood board?

The rumors I've heard are that these USA Casinos are going to be available sometime this month and that there will still be a MIC version. That would be a win-win in my view. The price being thrown around is around $2,300 for the USA Casino.

I'm excited to play one.

That's actually not bad at all for a US made hollowbody, and I like the version they're going with - smaller headstock and plastic pickup covers. Dang. Yet another guitar I kinda want.

Yeah, it's the devil.

I grew up with the Beatles, and I love all kinds of music. For most of my adult life however, I've been more interested in blues and jazz than pop music, and I became something of a tone hound in the world of jazz guitar. I developed different favorites when it came to specific players, guitars, and albums. One album that became a big favorite of mine for both the playing and the tone (but especially the TONE) was a record called "Feeling Blue" by Phil Upchurch on the Milestone label. I think it was recorded in 1967/68. It was later released on CD as part of the Fantasy catalog. Anyway, from the album cover, and the sound of the guitar on the recording (a certain meaty and throaty quality that I'd associated with the mini-humbucker Epi semi-hollows), I somehow always thought it was an Epiphone Riviera. Upchurch recorded a few other albums during the period where he got a similarly distinct and wonderful tone. So for about 30 years or more, I thought that "Feeling Blue" was done with a Riviera, and told everybody who would listen to me that I thought this.

Last year, I was once again posting someplace about this recording, and looking at the album cover carefully, and noticed that the visible (neck) pickup was a black dog-eared P90. Duh!! Phil's guitar was a Casino!?! I'm still amazed by this. Anyway, the point is, check out the amazing tone on this album if you can find it. 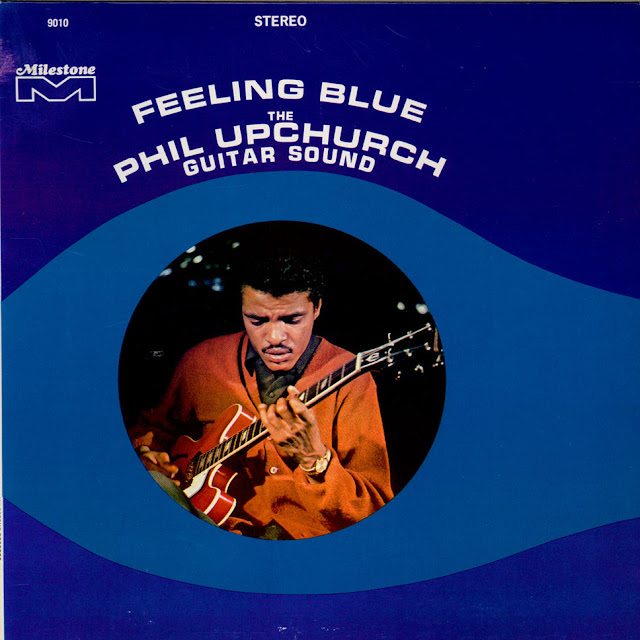 Grant Green did many of his famous Blue Note recordings on a Gibson ES-330, which is essentially the same guitar as the Casino. Back then they were both made side-by-side by the same crew in Kalamazoo. 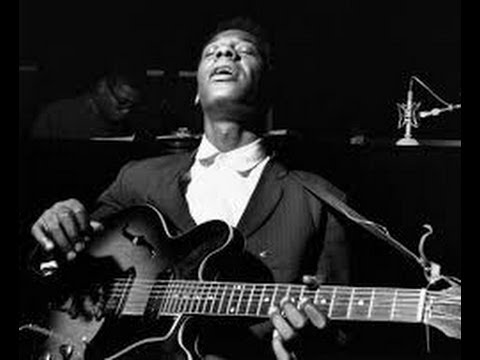 I have a Korean made one (Peerless) which is very versatile and comfy to play. Also it's turquoise!

Believe it or not, I was probably among the first people in the U.S. to collect all of his Blue Note recordings that were trickling out of Japan in the 80's, well before Mosaic released them and well before most people knew about him. Grant really started becoming more well-known after the Mosaic release and the subsequent anthology recordings. Anyway, I was and still am a big fan, mostly of the earlier more straight-ahead material. But Grant was almost entirely a single-note player, and as nice as his tone was, it didn't stand out as distinctively to me as the tone that Upchurch got. Phil was playing chords all over the neck, as well as single lines of course, and although I've heard a lot of players simulate Grant's style and tone, I've never heard anybody else sound like Phil on those late 60's recordings.

a Gibson ES-330, which is essentially the same guitar as the Casino. Back then they were both made side-by-side by the same crew in Kalamazoo.

Absolutely. I had a 1960 330 in the early 80's, and later had a '61 (not as good as the '60, which I should have kept... long story). I never tried a Casino, and never owned any other Epiphone until I got a 1962 Sheraton about 10 years ago. I'd be very tempted to try a Casino now, except that I have to avoid guitars with single coils as a result of a local issue with 60-cycle hum (apparently an overloaded transformer somewhere nearby).

What sort of rosewood are we talking about?? That doesn't describe any that I have experienced! It could be that some species you have come across is like this because there are several species. But in general rosewood is definitely quite hard (which is why it's used for fretboards), not sticky but can be oily if it's been oiled.

I love ebony but on some guitars it just sounds wrong, and the casino would be one of those guitars IMO. I'm sure it wouldn't sound bad - in fact it could sound fabulous - but it wouldn't sound like a Casino any more. I prefer ebony on a 6120 because it rounds off the highs in a way which suits the guitar. I have owned Hotrods with the "ebonised" rosewood boards and they are slightly brighter in the top end which is off-putting if you are used to the regular 6120 sound. Not terrible (and I suspect loads of players don't even notice) But I prefer the ebony there.

A Casino needs the RW board to sound like a Casino.

Thanks guys for pointing out the (lack of) differences in the Casino and 330s. I'm a fan of Grant Green's and always wondered what the difference would be. IIRC Paul Macca was the first to pick up on the Casino and George and John quickly followed. Checking out Phil Upchurch now.