I shall let the article speak for itself...

No bones about it.

It probably has a plastic nut.

This can't be real. I'm eating lunch right now. Are there any laws against this if it is? It looks like a prop for the guy's Halloween costume that he is wearing.

Yeah, but when your hard chargin' cover band does it's sweet version of Alice In Chains "Them Bones" can you really play any other guitar? It's gotta be the backbone of the tone.

Uggggg, that's creepy! At first I thought he might have ground the bones up to make a composite guitar body, or something like that. But noooooo........dude made unc's skeleton into a Metal Madness Machine! While I give him points for creativity, I take them all back, and dub him to new Necromancer! 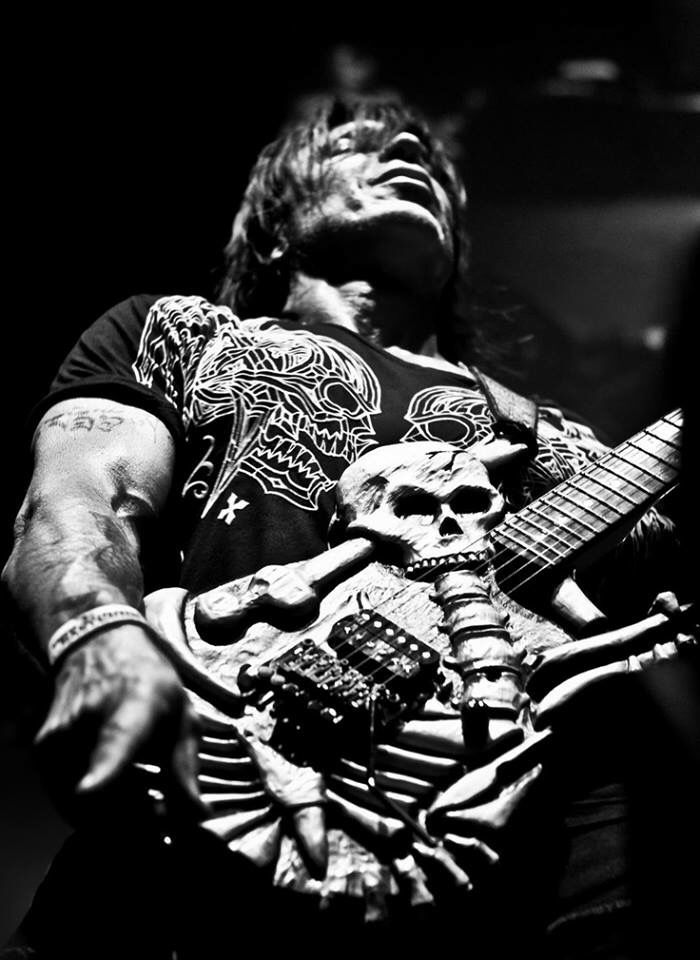 I hope he's "boned up" on his chops, or his uncle (RIP) might not approve.

Leave to those Intense Metal Dudes

Looks about right for Gothy-Metaly dudes. They like the Creepy-Eerie, death head imagery, no?

That would be so illegal in the states

Did he use 50’s wiring? Don’t want any skele-tone suck when using the volume control.

That looks hard to play. I’d rather be a marimba.

My plan is to be cremated and dump my ashes at the base of the bridge at Hachland farms. I've yet to ask Carter if he's okay with it, though.

what, no Floyd with a handle made from a rib? i am disappoint.

Say it ain't so Joe.

Totally disgusting. In my medical program I was hoping the skeleton and skull we had were fakes but supposedly the skeleton was a real one from a woman and the skull was also real. Didn't like going near those things. Some students said the skull a few times somehow turned and moved on it's own. maybe the skeleton guitar plays itself.

Rats. I missed it.

I was thinking about it all day, it was a great post. The only trouble is it was impossible to follow!

You can’t follow an epic on mortality with “gee that sure is somethin’ ain’t it”, can you?

If you look over at MetalGuitarist.org they also have a thread about this. Most of the posters are just as disgusted as we are. Somebody actually posted a photo of the guy posing with the "guitar". Yeesh!!

European takes on death are different from Americans'. There is a village in the Salzkammergut mountains in Austria that has a church. There is a huge pile of skeletons/bones in it. What would happen is that the dead were buried. After a time when the worms would do their work, is that the bones were dug up, making way for the newly dead. I remember seeing some simple wooden crosses as grave markers, Dymo labelled with the deceased names' on them. There just wasn't room to keep expanding graveyards.

Also, some intense fan of Shakespeare had his skull preserved so that he (skull) would be in every production of Hamlet as Yorick in England. It almost sounds like an "urban legend," but the skeletar shows that these attitudes are real. Not my cuppa, though.