Now that I've played my Gibson ES 225 RI for a while (a lot!) I have come to really appreciate the Bail tailpiece/bridge. It's an unusual solution, but one which actually works surprisingly well.

The first thing which struck me when I got the guitar and restrung it with my regular Ernie Ball 10-52 was that I had lots of string left over at the machine head. I'm used to restringing Bigsby equipped semis and hollow body guitars, so generally there is not much string to cut off at the machine head. Even the trapeze tailpiece leaves very little string. This made me realise that it really is a wrap-around bridge, not too far away from the bridge on my old '54 RI Les Paul.

Being a wrap-around means there is plenty of down-force on the bridge. And no excess string to vibrate behind the bridge. There is no rattle, no weird overtones, twitchy tuning. In fact this guitar stays in tune probably better than any guitar I have ever had. It's remarkable!

But the thing I really didn't expect was the sustain. This guitar sustains like a Les Paul! Crazy. Being a completely hollow guitar with no soundpost, trestle bracing or whatever, it still has that lovely thumpy attack to the note, but then it hangs around for a very long time, allowing you to milk it however you want. I was expecting more of the hollow body guitar quick decay.

The other crazy aspect is that I still haven't intonated it. Every string plays slightly flat at the 12th fret, but it sounds in tune. I suspect that will change when I start using it with a band, but for now it's not worth addressing.

I really thought I would have put the Bigsby on by now. But this Bale tailpiece/bridge is amazing.

I've never heard it called a bail tailpiece. I've always referred to them as trapeze tailpieces. Any rate, I LOVE the one on my early LP studio.

I happen to like the wraparound compensated bridges like on my old SG Special, so this was a natural for me.

I have an old 225 that is totally magical to me. I'm sure the tailpiece is part of the formula.

I only called it the bale tailpiece because that's what Gibson call it! I'm so surprised at the sustain. Sustain is not something I particularly value but whether I like it or not, this guitar has incredible sustain.

Bail, as in the wire handle for a bucket. The bridge/tailpiece is pure simplicity in design. Not much intonation, tho the compensated ones had to be better.

Looks really easy to re-string. Too bad Bigsby's aren't string through like that.

I think if i could get an intonated version of the bar on the bale tailpiece i would. I haven't seen a compensated one though.

Not cheap by any means but it might work Ebay

These would be a good suggestion for Tim at Tru-Arc to expand his product line. I've got a Japanese "Bigsby" copy that is set up as a string thru like that. Bigsbys could be made less expensive if they didn't have to insert those pins. They could save on materials and labor costs. We'd all save on restringing aggravation.

Hey Wabash - if you meant the BaiI bridge I doubt Tim would sell very many! But if you meant the Bigsby roller then you might be onto something. I like the angle that the strings go into the bail bridge at. It means there is plenty of room for the end over-windings to finish before the break point.

I would also be kinda interested in a Bigsby string bar which was slightly bigger in diameter than stock. It would be interesting to hear how differently it changed the pitch.

Why not both? Gibson guys could use a quality old school bridge, too. Why not a Tru-Arc wrap around bridge as well?

Do I have to think of everything?

Some older Bigsbys had removable pins that came out with an Allen wrench. Once removed, they became a great string-though bar! These are my preference in Bigsbys. I would like to try the Callahan string-through Bigsby bar someday soon.

Well it did occur to me that a variant on the Serpentune Tru-arc could work on my 225, but I thought the market would be soooo tiny why would anyone bother?

However the Bigsby string bar with string-through could be a goer. Well, in my opinion anyway! Tim may disagree! I would love to experiment with various diameters of that bar.

I have a Callaham Bigsby-replacement string bar, with the holes. It works, of course. After twenty-something years of restringing Bigsbies, I don't find it especially handy - takes me about the same amount of time to restring a guitar.

Re: the bail tailpiece : I'm not all that surprised, Les Paul knew what he was doing.

Yup, same here. I don't mind restringing a Bigsby - been doing it for over 25 years now! Actually I don't see what all the fuss is about as it's not that hard. BUT I know a lot of people do find it a struggle. Me? I'm more interested in someone making that bar in different radii. I would imagine that it would change the feel in the same way as changing gears on a bike would. Would a bigger radius make it feel like less effort was needed for wiggles?

What about the VibraMate Spoiler?

I never thought of that! Cool. I might just try one of those to see how it feels. Thanks!

What about the VibraMate Spoiler?

Why not both? Gibson guys could use a quality old school bridge, too. Why not a Tru-Arc wrap around bridge as well?

Do I have to think of everything? 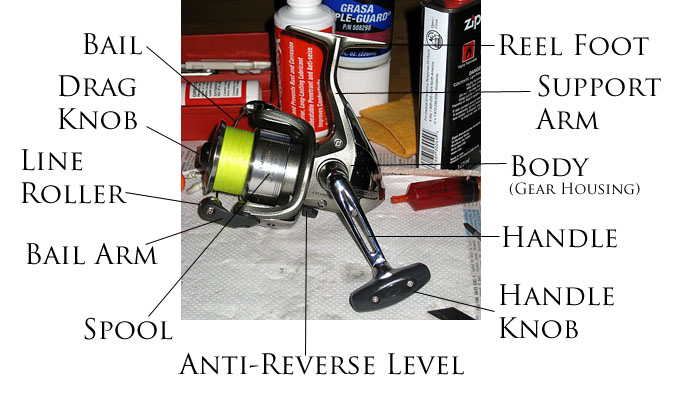 Kap'n, I think that the pail came out first.

Probably where they got the name for the fishing reel part.

Re. Vibramate spoiler: looks like there'd be far less of a break angle over the roller and a straighter pull on the string ends as well. It might be better on some Bigsby models than others. Has anyone tried them?

Hi Am new to this so please be gentle with me. Am trying to build a one piece trapeze tailpiece to put on my epiphone 295 so it looks like a Gibson 295 . http://www.gibson.com/Produ...

The LP goldtop ones look to be similar Am after measurements of any existing ones including homemade ones and any advice on building one. Thanks

Those old and original tailpieces were removed from offering on the LP after so many customer complaints about intonation and bridge position. Apparently that is why they went to the Tune o Matic. I think they look great.

Hi Am new so be gentle with me. Have got an epiphone 295 and am trying to put a 1 piece bail tailpiece on it. Was thinking of making one as they are so expensive to buy/import( I live in the U.K.) Was wondering if anyone would be kind enough to provide me with measurements / a sketch and or tips for doing it. Thanks