My friend Johnny Martinez is a professional pinstriper. He calls his pinstriping service "Wicked Lines" and he's won award after award for his work. If you've been to a car show anywhere near the West Coast, you've probably seen him, and you've most likely seen his work on many cars. He's a master, and a very nice guy to boot. We'd talked for a while about striping one of my guitars, and today was the day. I brought two of my Reverend PA-1s, a gold metalflake, and a mulberry mist metallic, because I couldn't decide which one to do. Johnny, cool guy that he is, did them both. It's an amazing process to watch, it's all freehand, and he looks at the guitar, its curves, the f-holes, other visual features, and gets inspired. It's almost like the Force is guiding his hand. And when it's done, you feel like you've been kicked up the cool chart a notch or two. So here are the results: 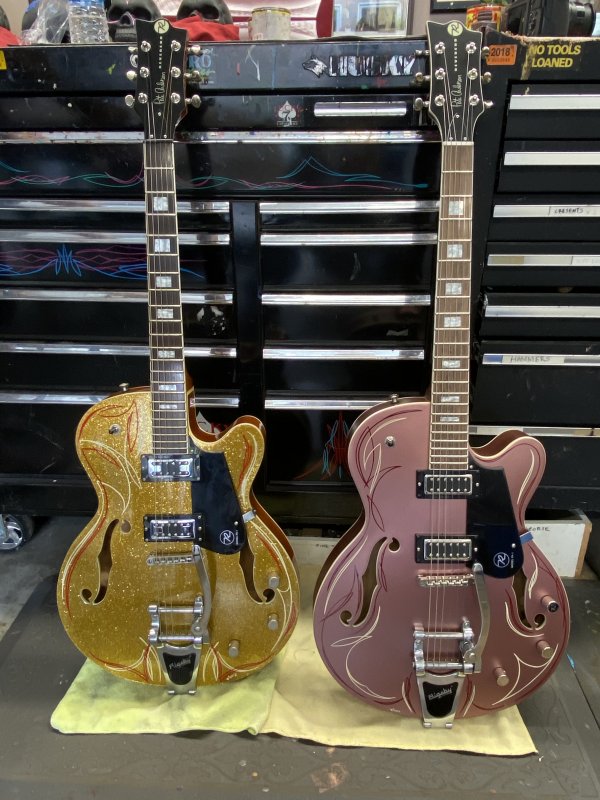 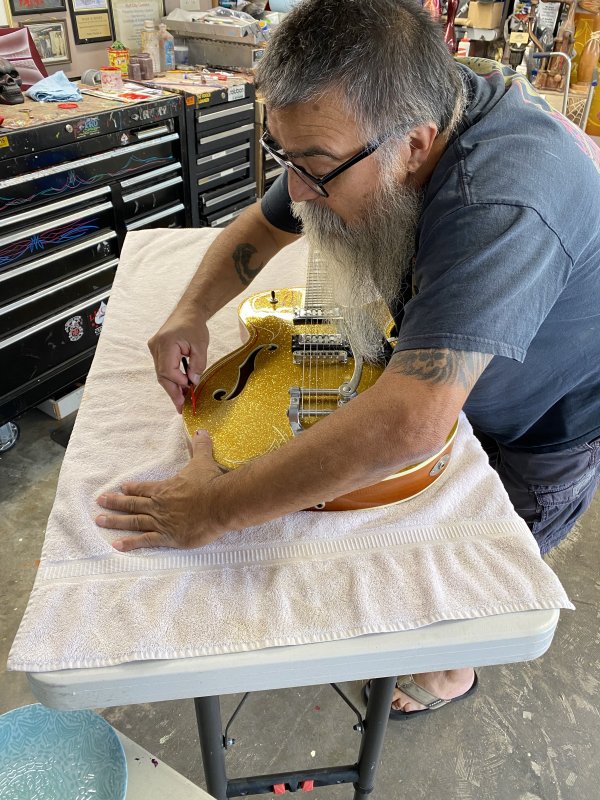 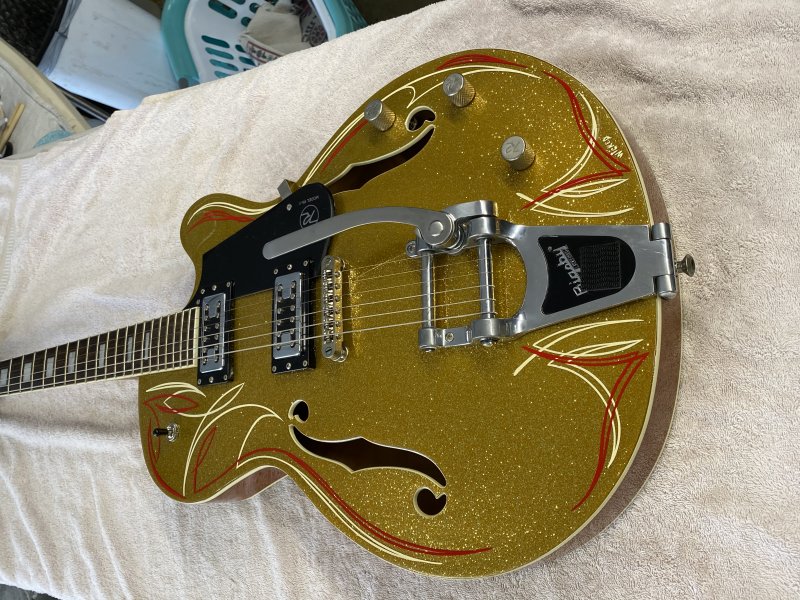 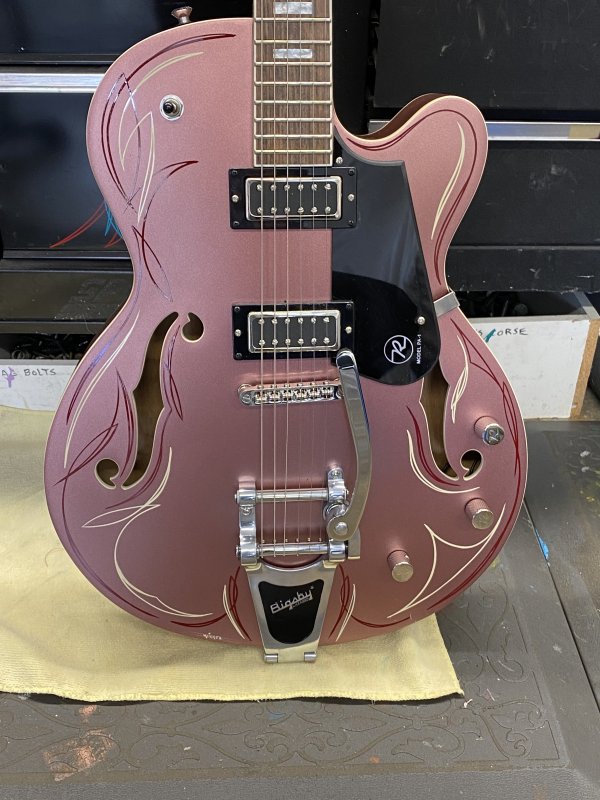 Sorry for the cross-post, but I just wanted to show off.

Oh my! They look like custom guitars (probably because they are now). I really like the pinstriping, and I don't know which one I like better. They're both very attractive, it was very generous of Mr. Martinez to do them both for you.

All you need now is to add some pomade, slick back your hair, wear a black Nekromantix shirt and buy a 50's Jalopy and your in The Club.

Wouldn't take much effort, or pomade, to slick back my hair. But I do appreciate the thought.

This is just right. The mulberry mist one would be my favorite out of the two.

Just curious, how much, (aprox) would the firemist guitar cost to have done?

Just curious, how much, (aprox) would the firemist guitar cost to have done? 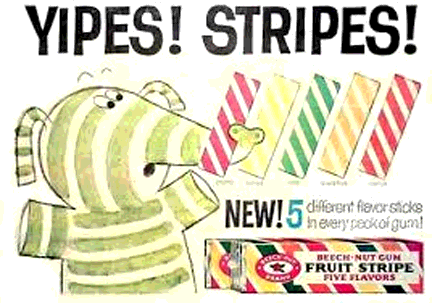