I'm spiraling out of control in a Mustang vortex lately... 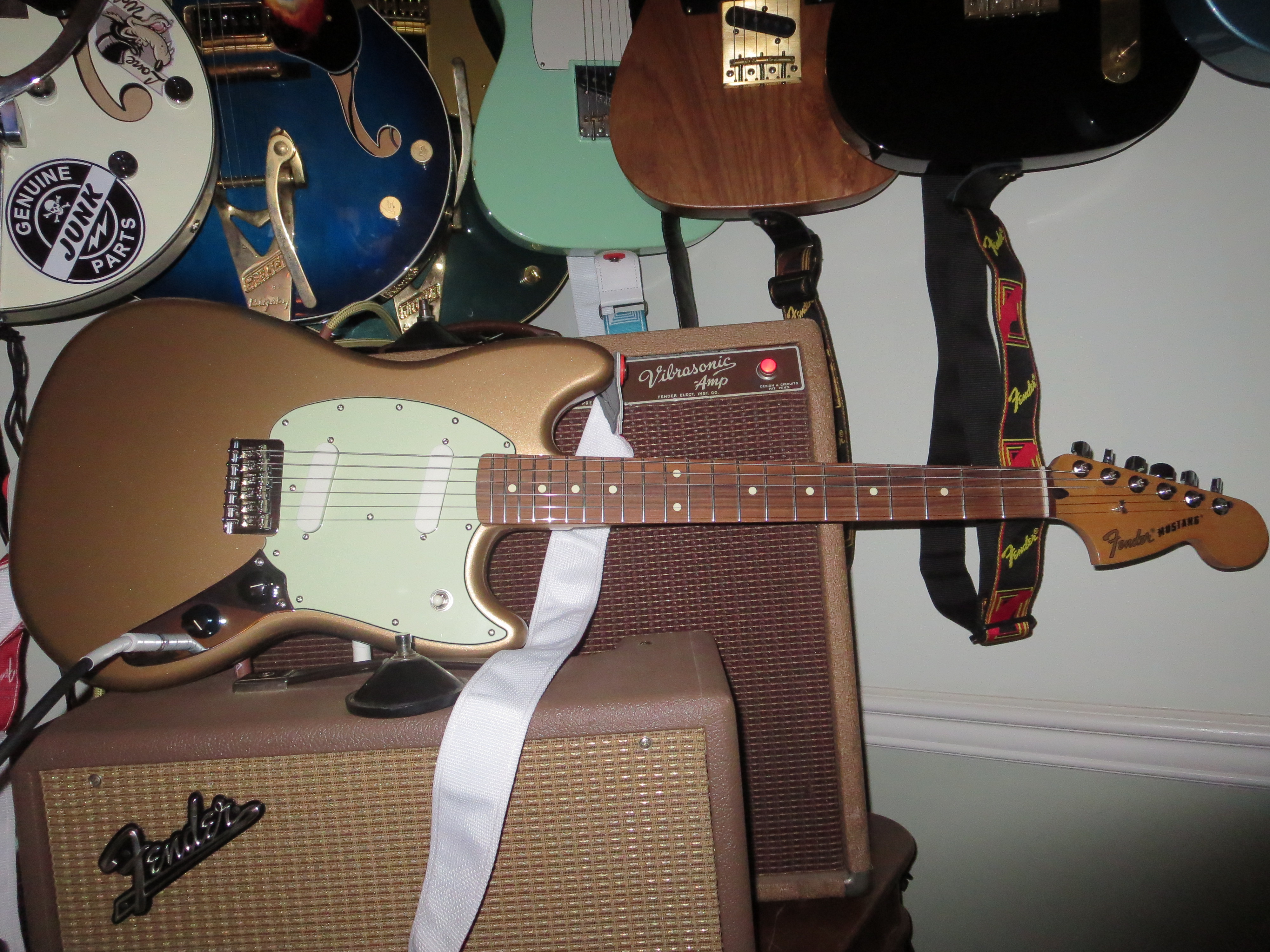 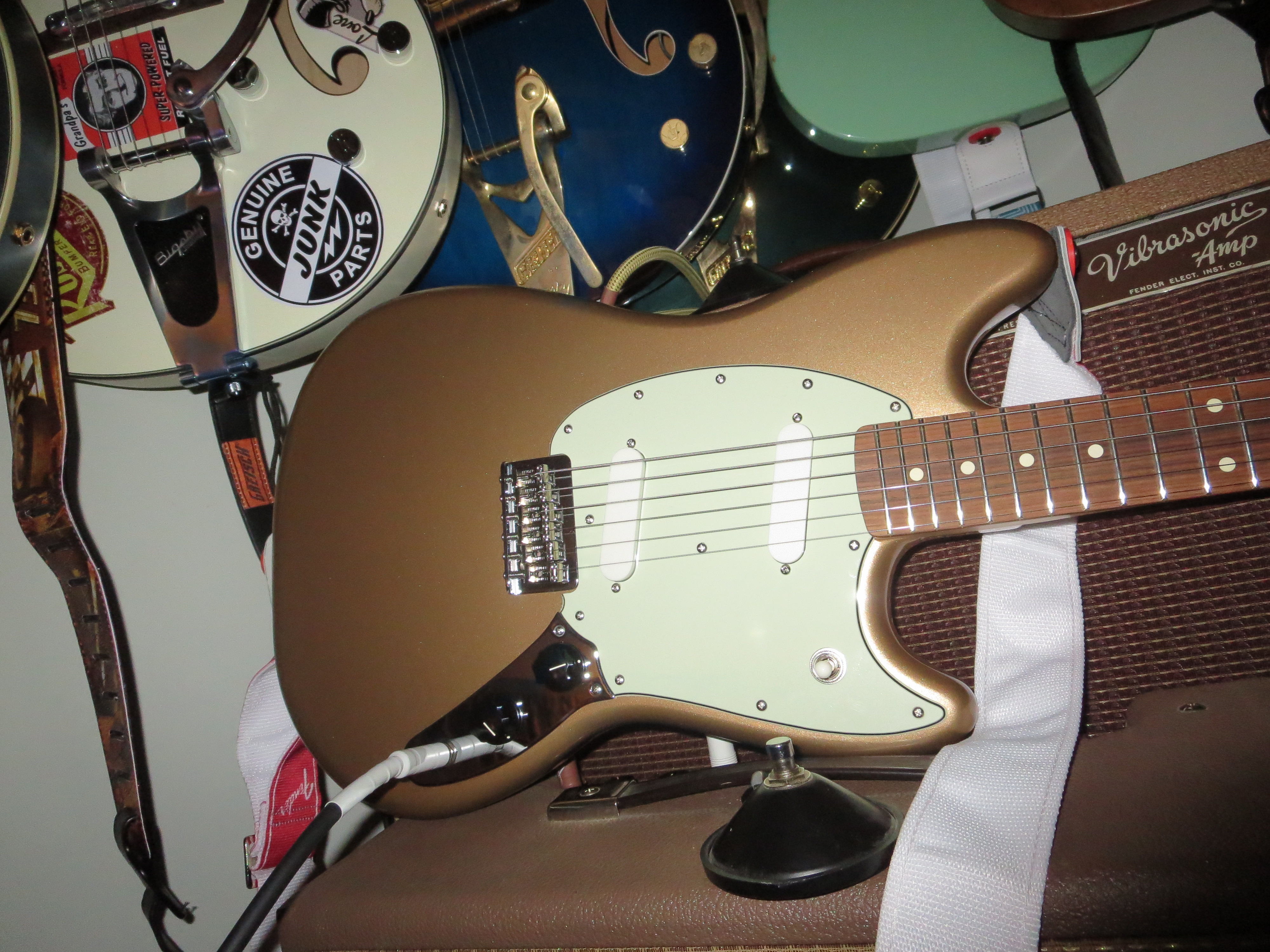 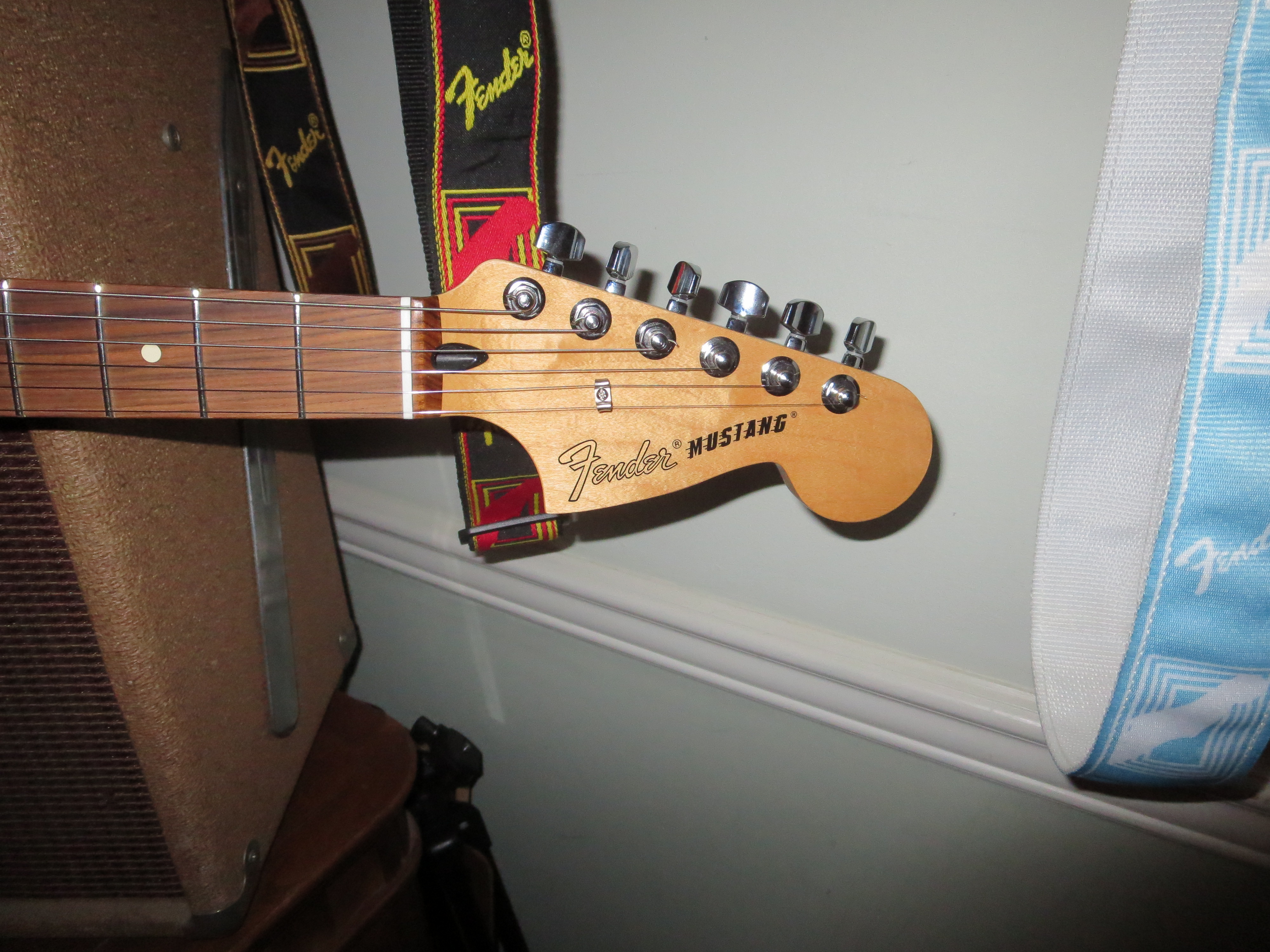 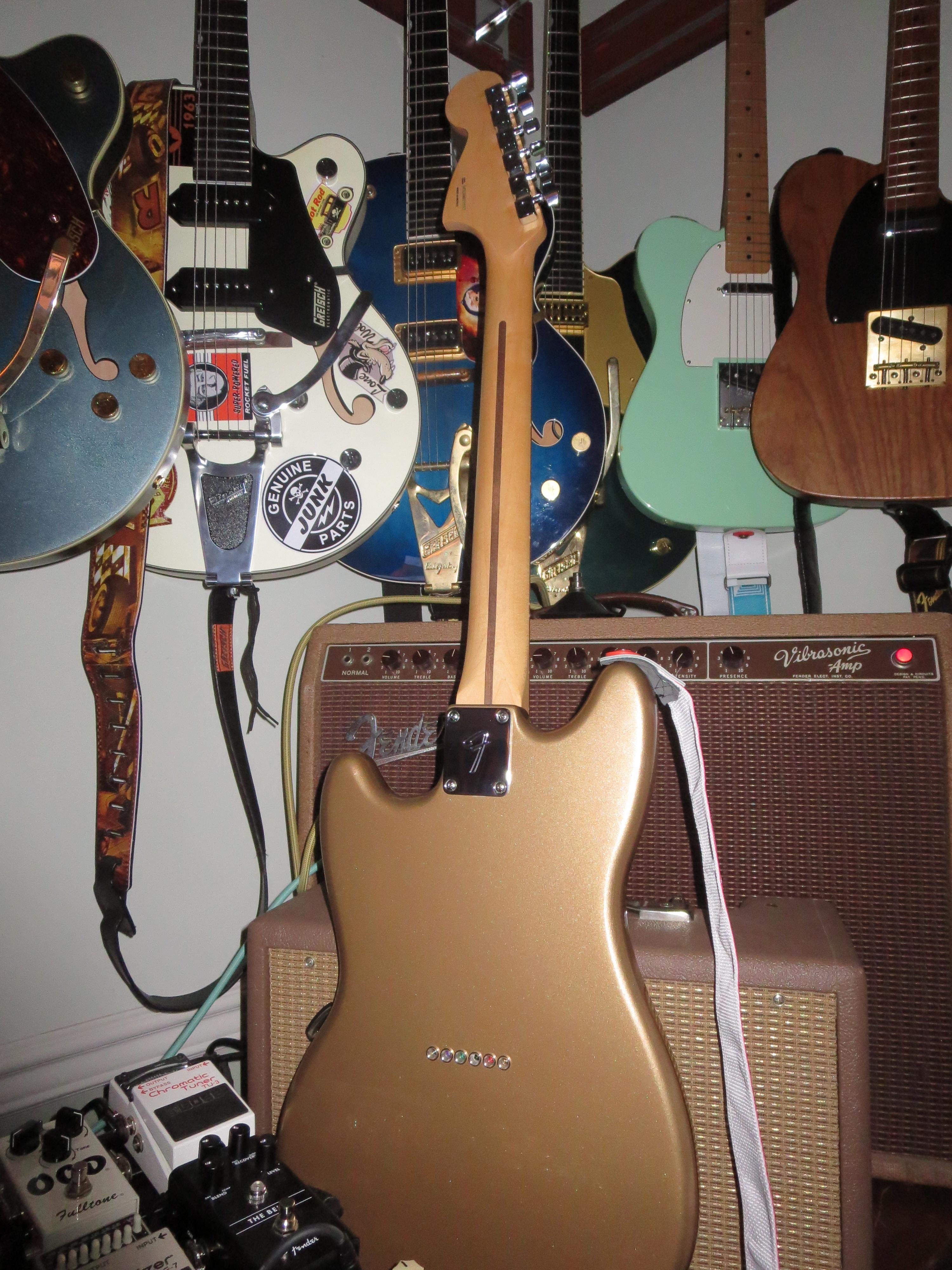 Yeah, I think I might have a Mustang problem... 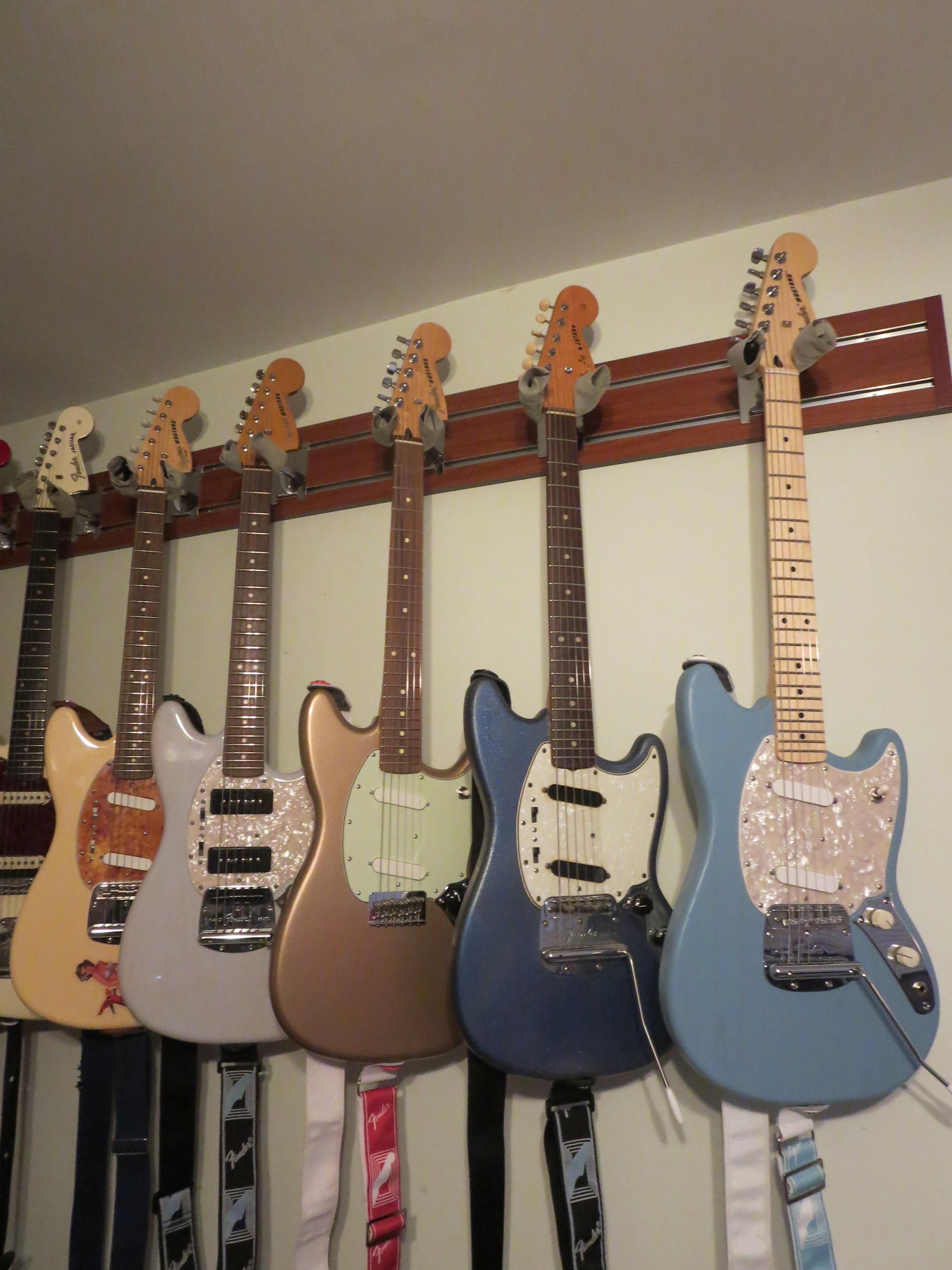 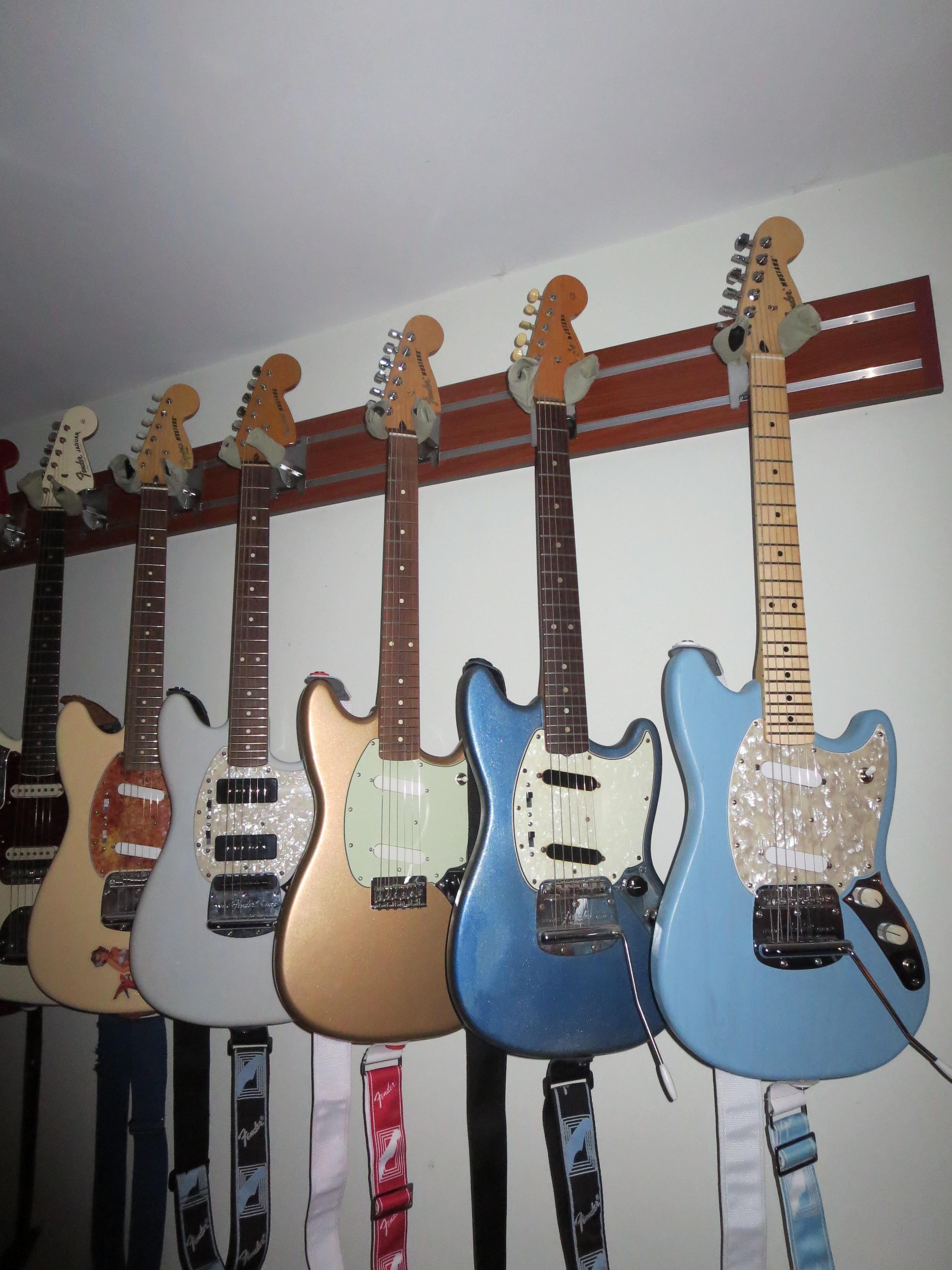 With the rest of my Fender offsets... 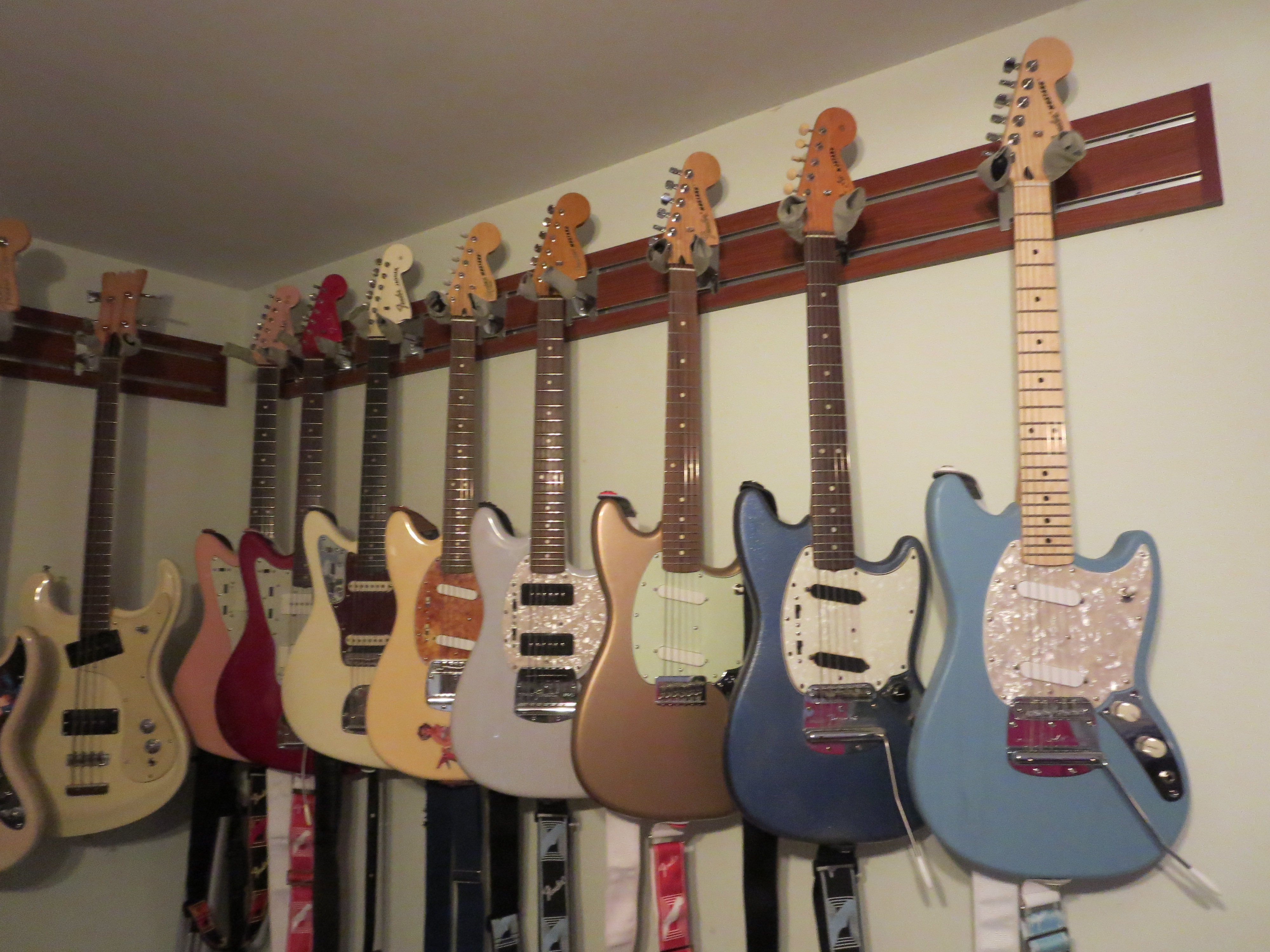 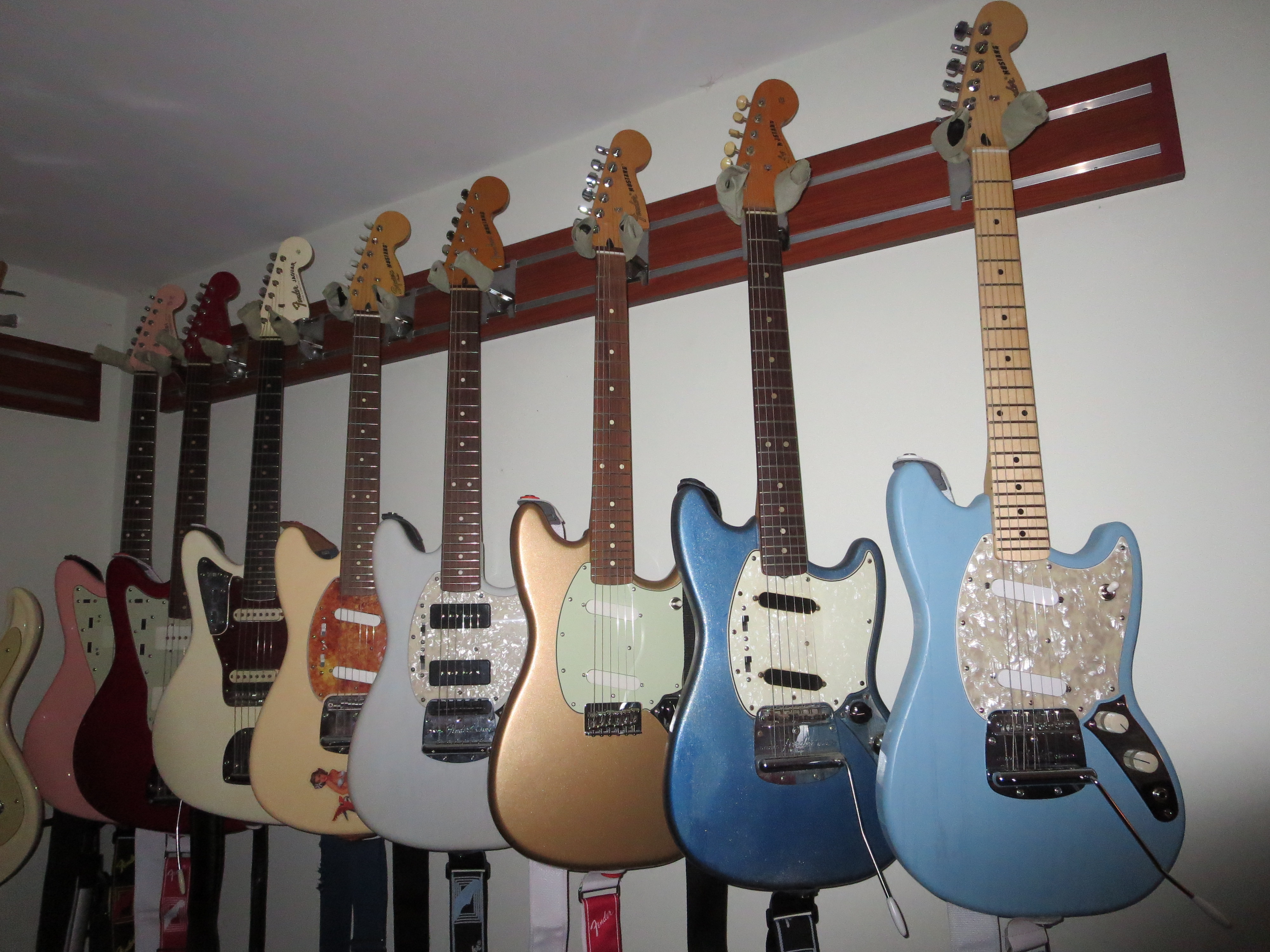 Now you have me missing my pair of ‘69 Competition Red Mustangs, guitar and bass. My first Fenders. When I had my I’m-a-drummer-dammit guitar purge back around ‘90, I let ‘em go. There will always be a soft spot in my heart for Mustangs. Quite a lovely stash of them you have there.

Congratulations on another addition to the "Mustang Vault", that's an impressive collection. Enjoy!

Yep, that's a lotta 'stangs, though a little heavy on blue. You might need some more colors!

I only have the one, but I've always felt like it's such a good'un I haven't been tempted to more...

Very cool, Steve! That's another nice one for your stable.

Thanks, guys! Since I have a spare Squier Classic Vibe Mustang neck, I was thinking about buying a SCV Mustang body to try my hand at refinishing it in Fiesta Red (my fave red).

I've never owned a Mustang,but in a previous lifetime I sold a lot of Daphne Blue ones to my students, so I too have a soft spot for them. If I ever get one,I'll have to name it "Sally"!

Damned it, I almost took the spam bait.

All you need left is a Dakota Red Mustang. Congrats on the new acquisition.

Nice adition to the Mustang collection!

Mustangs are underappreciated; great vibrato and lots of tones on tap. I love mine, though I wish it had a wider neck.

Yes, best vibrato ever, notwithstanding the ugly bar floating atop the mechanism. Totally worth it for the feel and the action.

Given the narrowness (and steep radius) of the Mustang neck, I've long wanted to build a Jazzmaster with a Mustang vibrato. I corresponded with Warmoth this week, and they don't offer a JM body routed for the Mustang whammy/bridge. Not only don't they offer it, they wont do it. Their rep says they only get requests for Mustang bodies routed for anything but the Mustang trem, never to have it on another model.

Seems odd to me. Maybe we have lucky Mustangs, Caliban - somehow with better vibratos than most get. (Mine's a 60s original.) Maybe the modern repro vibratos are terrible or something.

My solution to the neck width and radius issues on my Mustang (Jaguar as well) is the idea of getting an aftermarket neck from Musikraft or Warmoth. Pretty expensive and I'll lose the Fender logo, but I might experiment on one of them. My Mustang is a MIJ model, supposedly from the mid 90s. The only mod I've made is swapping out the stock vibrato arm for a Staytrem.