Bob, I have one of those Hallmarks in that color. It is a great playing guitar with low action. Everyone should have one. The owner of Hallmark, who's name is also Bob is a great guy to talk with and do business with.

Welcome to the club, Bob!

I'm on my second Mosrite, a '66 Joe Maphis Model I

Congrats to both you guys! Great when a plan (and a trade) come together!

Crow, what was your first?

That is one fine collection you have there. Is the G&L a Skyhawk?.....very comfy to play with the smaller body.

Congrats, Bob! I have an Eastwood Sidejack DLX Pro that is a very nice guitar but unfortunately I've had to put it up on Reverb for sale to pay down some debt.

Back in April 2018, I lucked out in finding a '66 Mosrite Ventures bass with original case that's a keeper. A previous owner must not have been a fan of the Ventures because he removed the headstock logo. 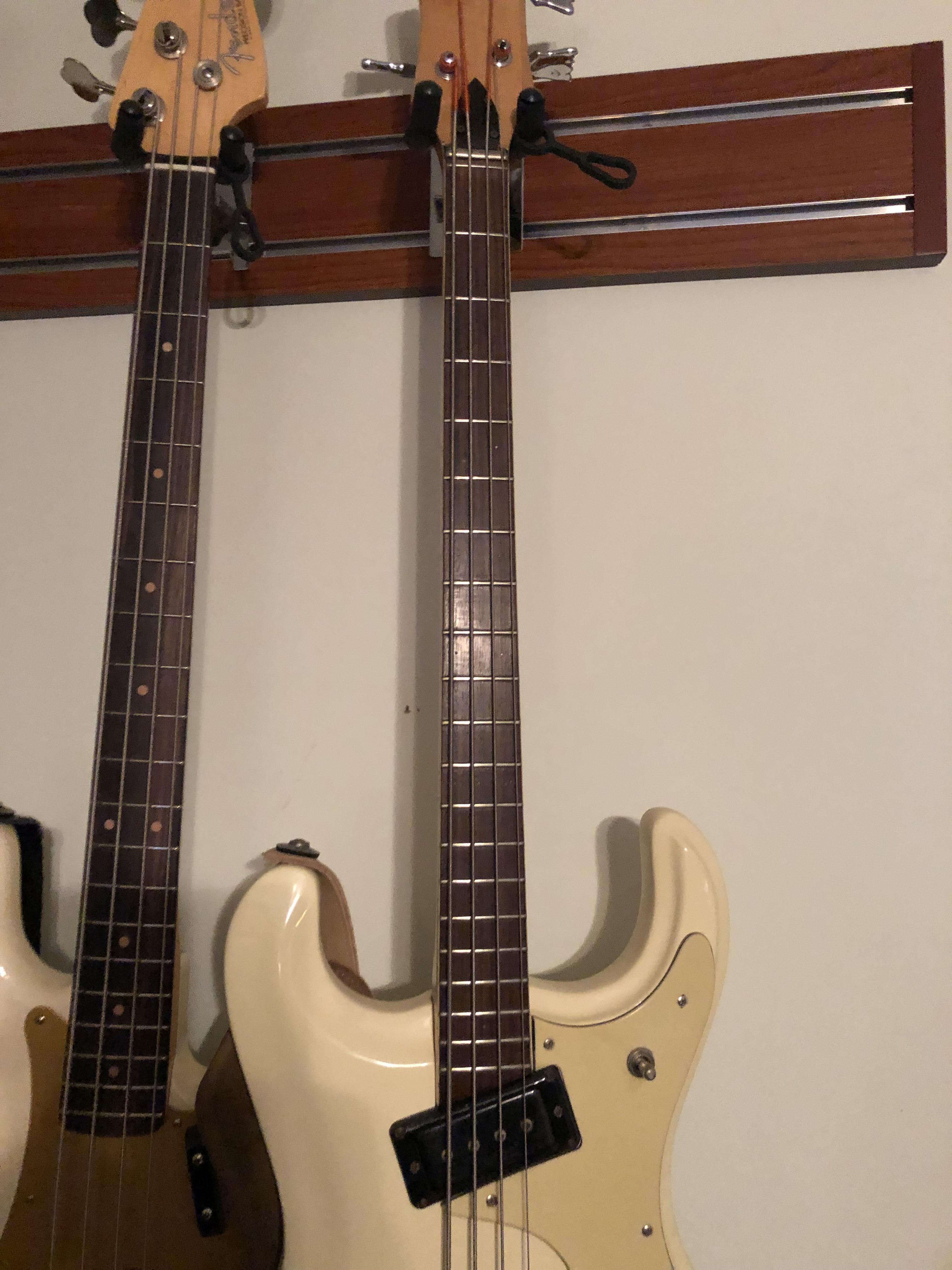 If interested, Offset guitars.com and Surf Guitar 101 are great resources for Mosrites.

That is one fine collection you have there. Is the G&L a Skyhawk?.....very comfy to play with the smaller body.

That’s my SC-3. Not my first one. Bought new in 1984, I had my first SC-3 for 30 years and sold it to a friend when I was deep into the Gretsch thing and I needed to raise some funds. Missed it. Found another one, just like the other one, but red and beat up. Here’s the first one.

Crow, what was your first?

About time! Any time you want to get together to play, you got my number.

Forgive my excitement on this particular subject and not intending to overwhelm. I'm happy to recommend bands from all surf eras (or waves!): classic 60s (1st wave), 80s & 90s (2nd wave), and modern day (3rd wave). Some really incredilble music from all over the world. I attended the Surf Guitar 101 Convention last year and watched some awesome bands from everywhere - all really cool folks, too.

Some of the coolest bands out there for their unique tones, I highly recommend The Bambi Molesters from Croatia and Tremolo Beer Gut from Denmark. Sooo many other great ones out there, but both of these bands are amazing and may intrigue non-surf fans.

I was at this performance, so awesome and great guys, too!