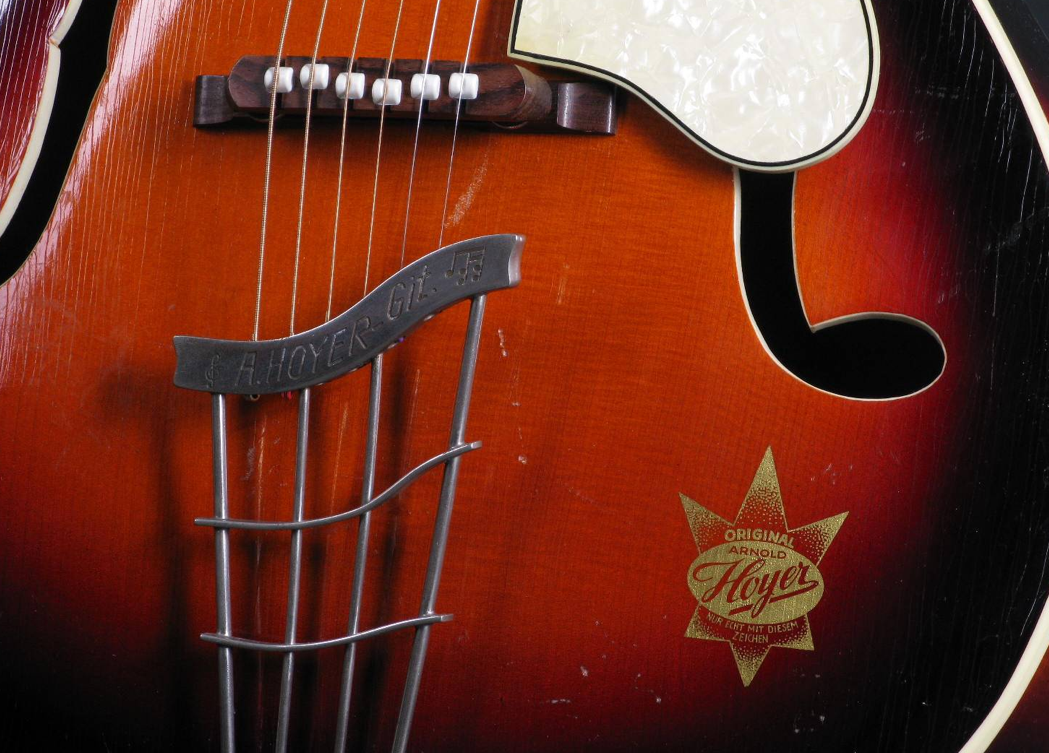 With regard to the bridge, I know you'll want to make your own decisions, but here's a bit of related "trivia". A Hoyer bridge was good enough for one Kenneth Earl Burrell on the iconic L5 he was using in the early 60's (for me, maybe the pinnacle of archtop guitar tone): https://www.lespaulforum.co... 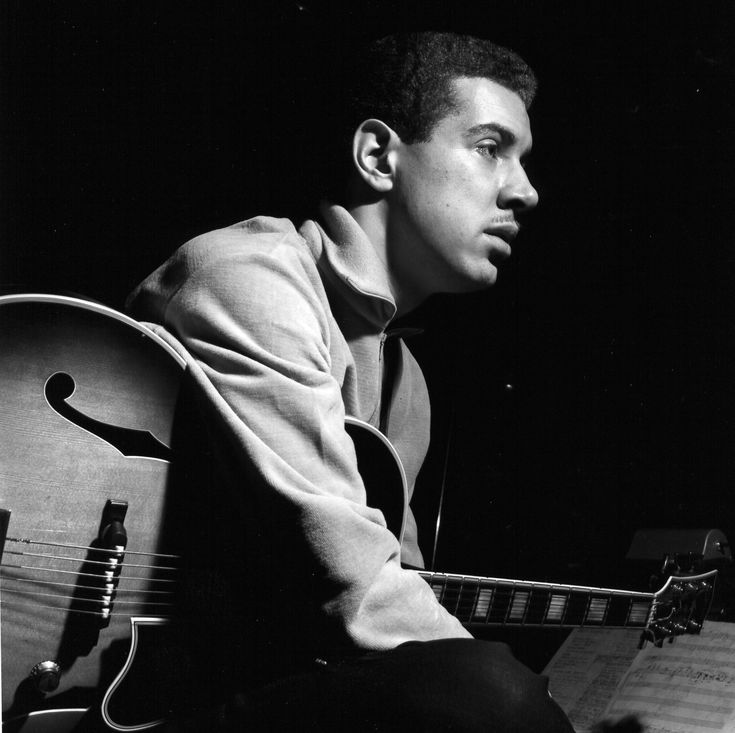 That is interesting, though it begs the question, was the bridge just on the guitar when he got it or did he try many bridges and choose that one as superior? And he's amplifying that L-5 with an electromagnetic pickup, right?, so the acoustic properties aren't nearly as apparent/important.

That's also a generic bridge and not one specific to Hoyer. It had sliding plastic saddles. I would be tempted to build bone replacements myself having never been keen on plastic on acoustic guitars other than binding. It's like having a plastic nut, or saddle.

I actually had a Framus Atlantic at one point that had that very same bridge and I wasn't impressed by it.

The one on my guitar is an actual Hoyer bridge with loose round rollers that sit loosely in slots and are able to roll back and forth!! Too much like a tunamatic with all it's moving parts and metal bits. I will keep it in my case or in a drawer and build a proper acoustic archtop bridge.

I could see it being a different discussion and less critical application if the instrument was largely considered to be an electric guitar.

Interestingly, very few german archtop builders built their own custom bridges. They bought most of them from a company named 'Teller' who also made bridges for orchestra instruments.

After five years, I should have re-read the thread I linked. So you're right, not a "Hoyer" bridge, but one made by the Josef Teller company in Bubenreuth.

So, what's the body depth on your Hoyer?

Sides measure 3.5" Top and back have higher arches than most standard north American archtops

A bit more progress. Back seam turned out to be a bit of a headache but in the end got it clamped up, and added a goodly amount of cleats to the original now non functional ones(which I still should attend to) to keep it from opening up again. Decent job on the back, I give myself a C+ to B, Including before and after shots.

Tapping the back and top to check for rattles I noticed a bit of loose slap on the top, bass side lower bout. I instantly thought "Loose brace" but further examination revealed a small indentation in the bass side top binding (on the side) and a crack. Obviously the guitar has suffered a bit of a blow here. Squeezing the side at this point stops the rattle so I will glue it up and the body should be mostly done. 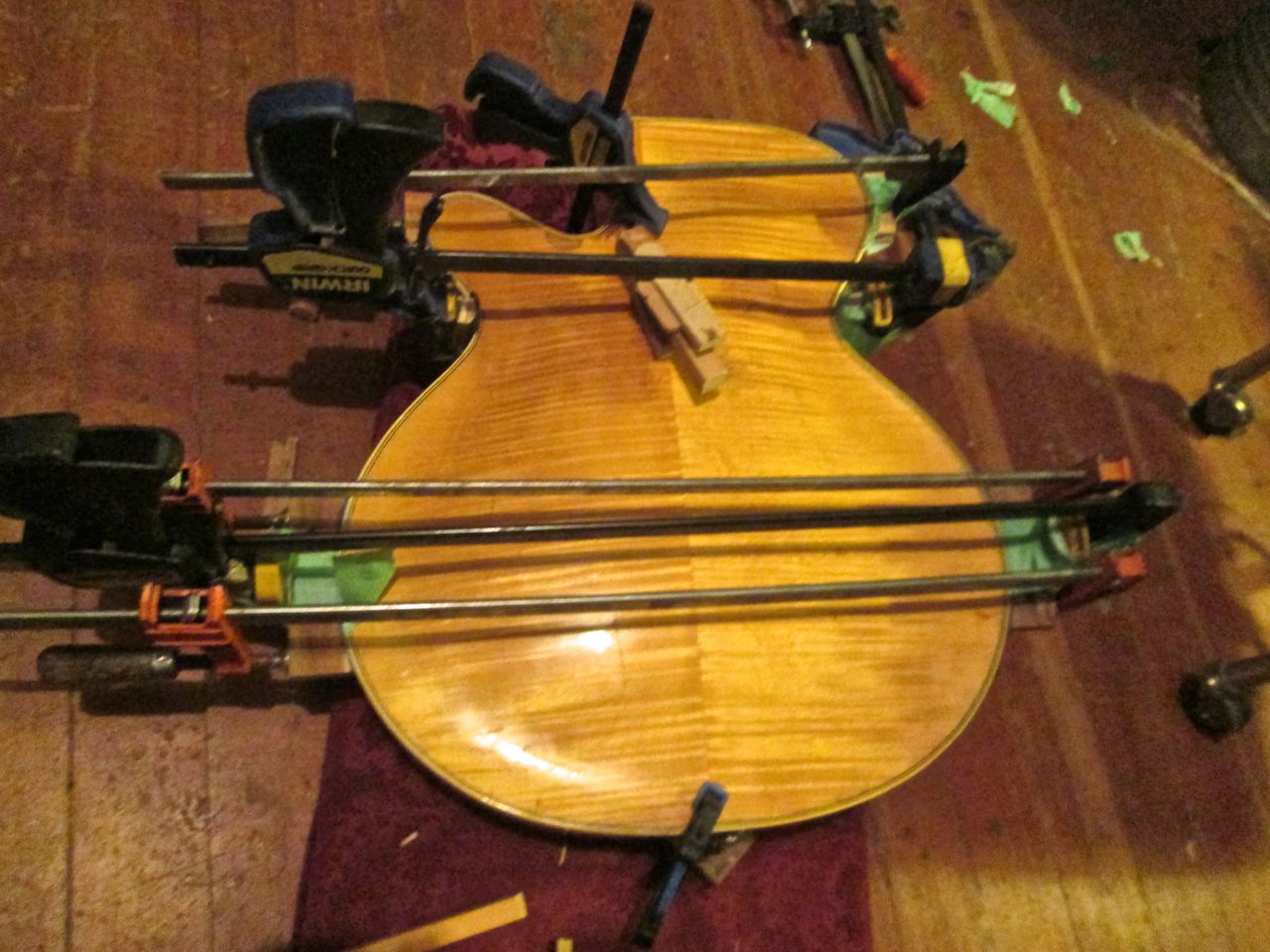 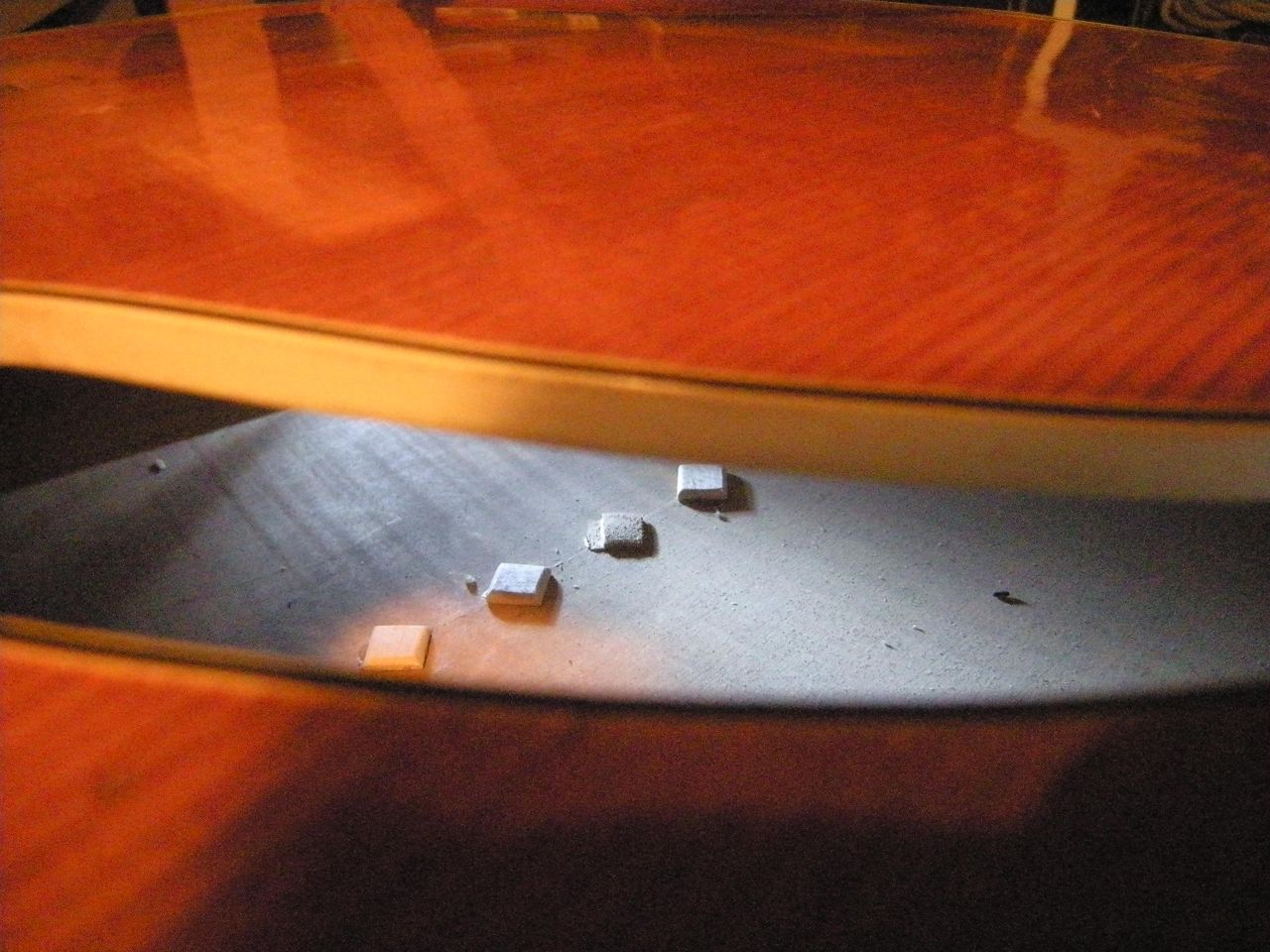 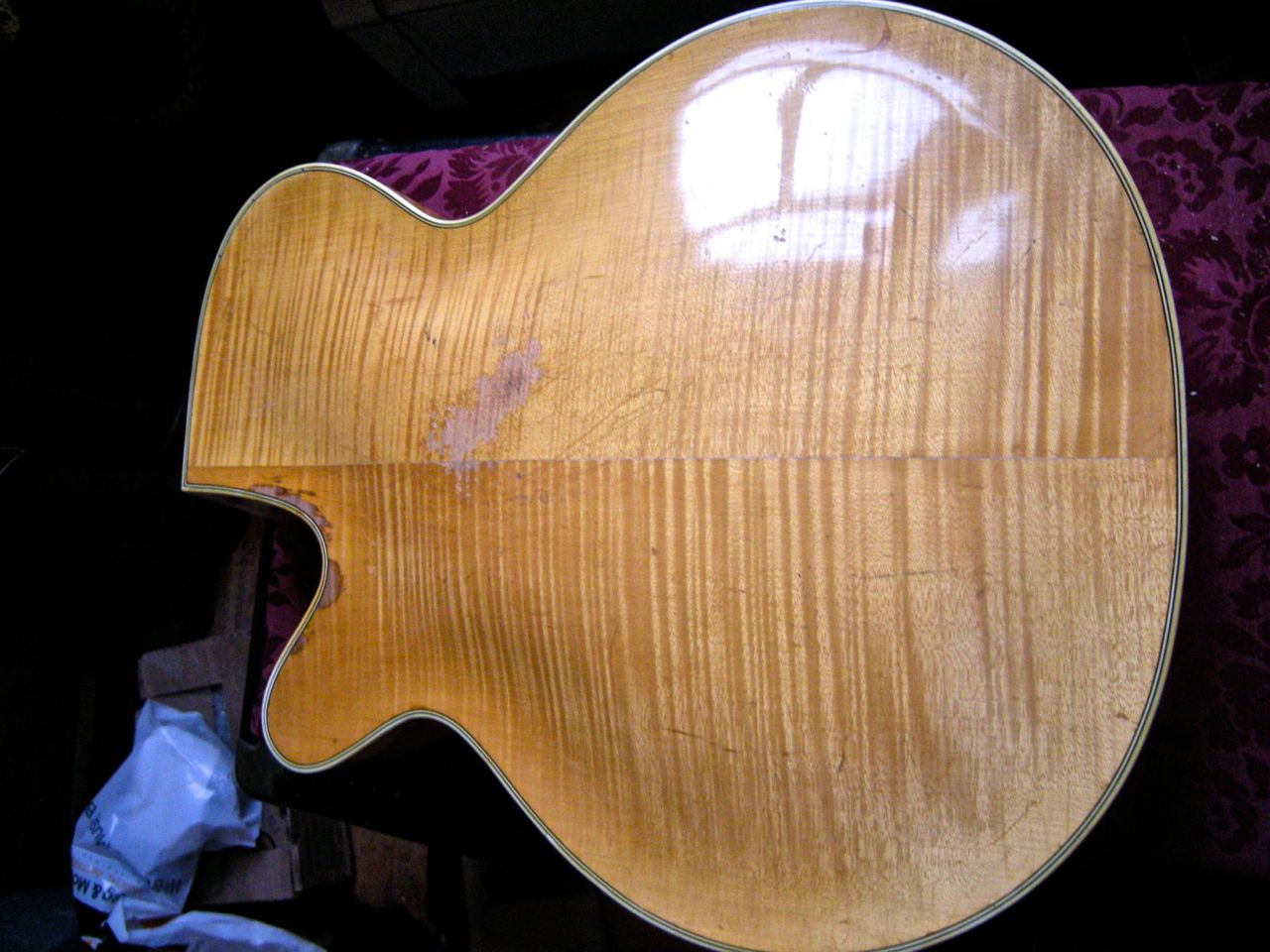 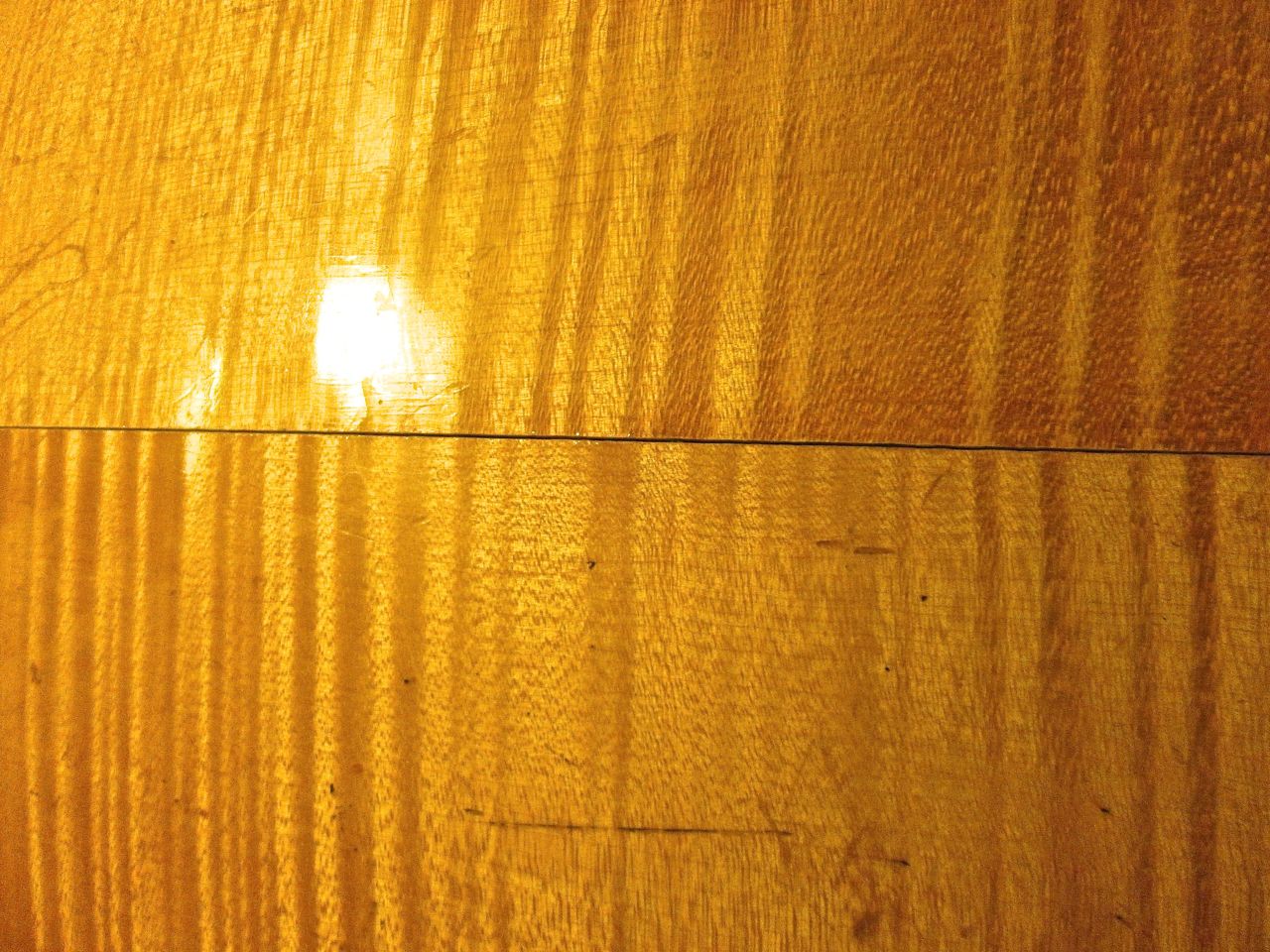 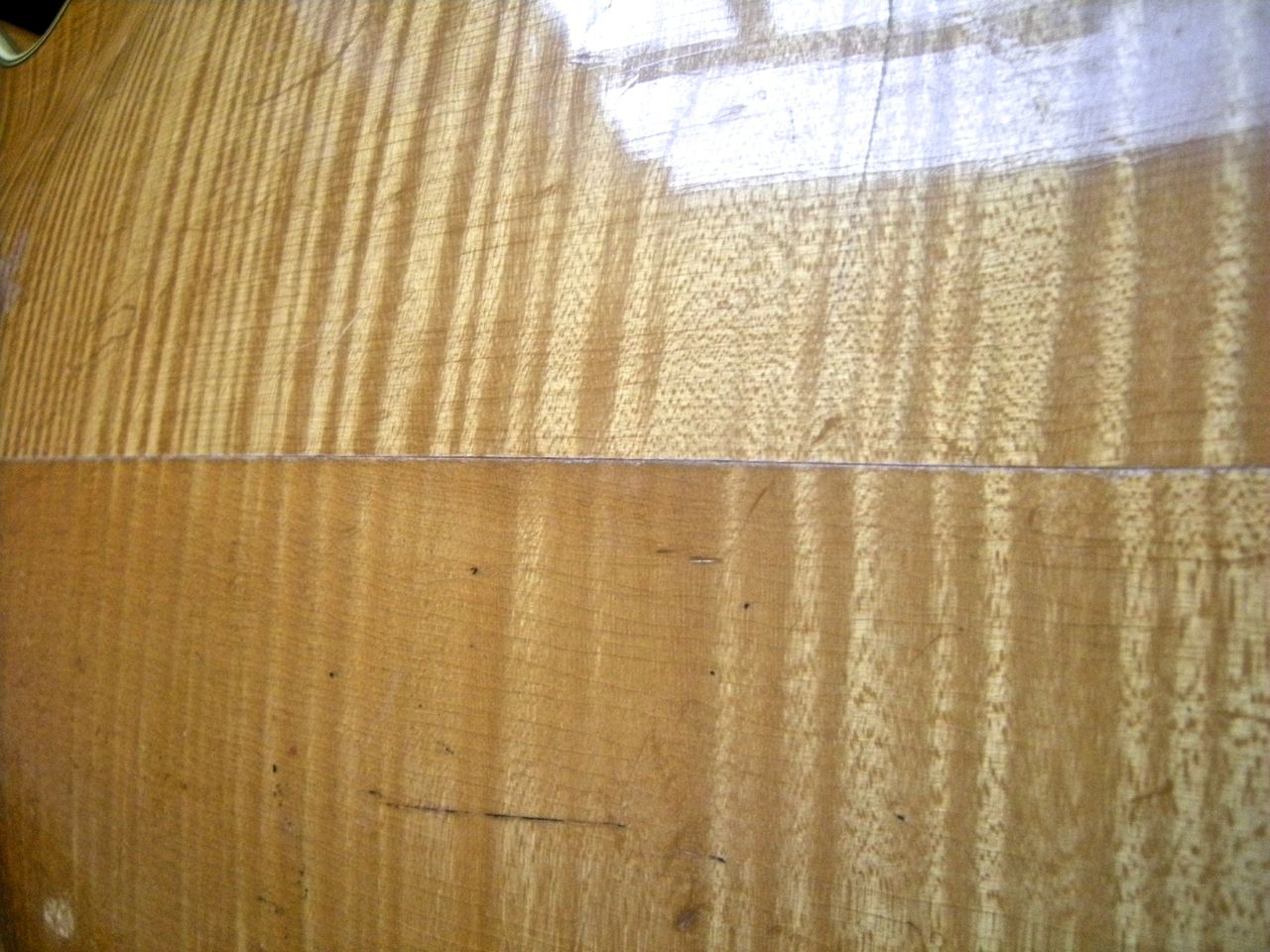 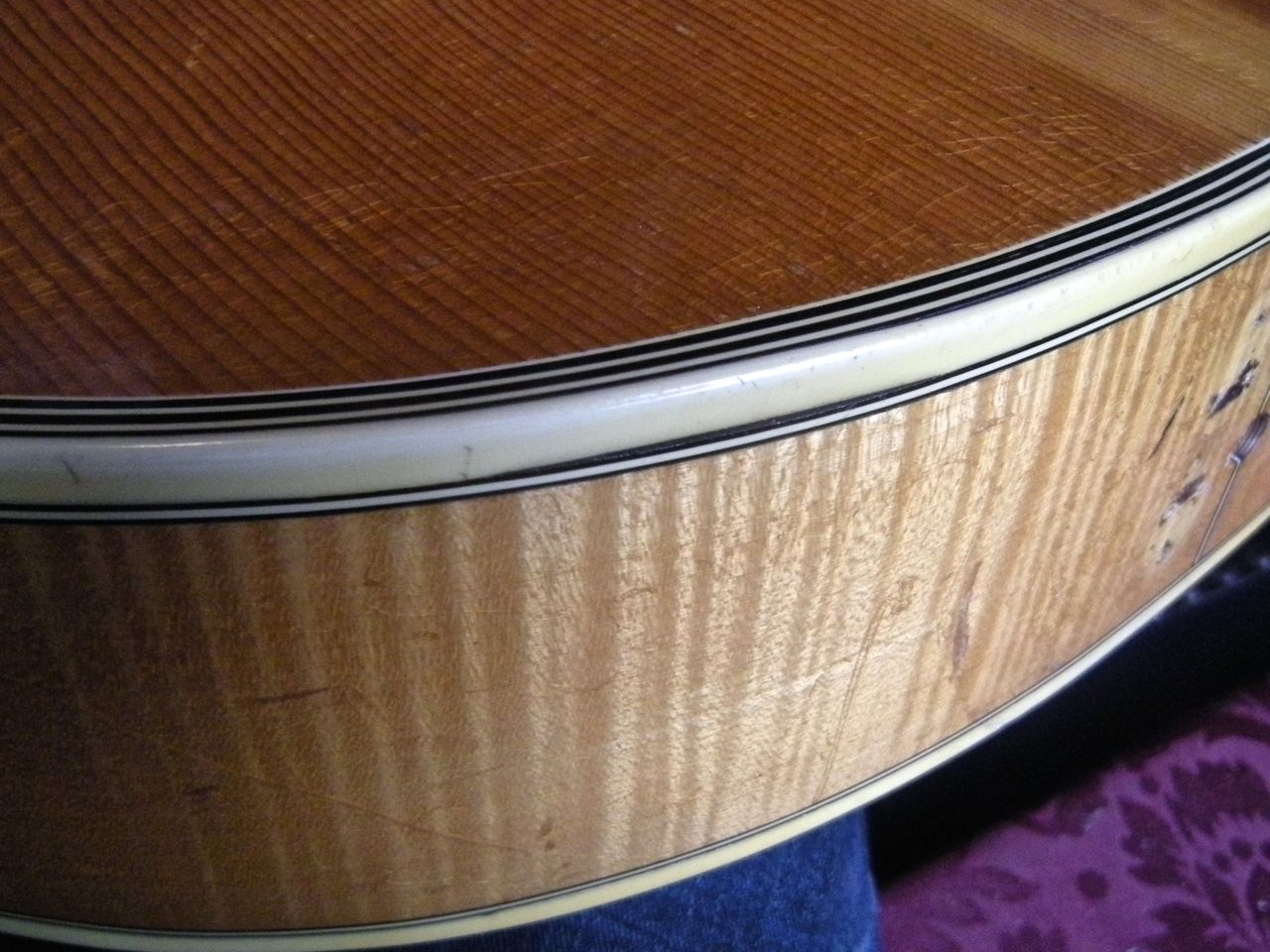 Beautiful guitar. Even the tuners are exquisite! Looking forward to the vid.

Well I got the neck refitted and it has a considerable angle, These guitars are known for their high bridges. (1.5+ " being common) I also made a new ebony bridge, properly fitted etc. The guitar is bright with a good bottom. Kind of halfway between my D-28 and my German 16" Fasan. Nice sparkle on the top end which is another thing these guitars were known for. I tried it with the pickup rig too and they actually sound really nice. This guitar is HUGE. Here it is next to the D-28 for size comparison. And another with the pickup rig but with the hardtail instead of the hofner vibrato unit (which is HEAVY!) 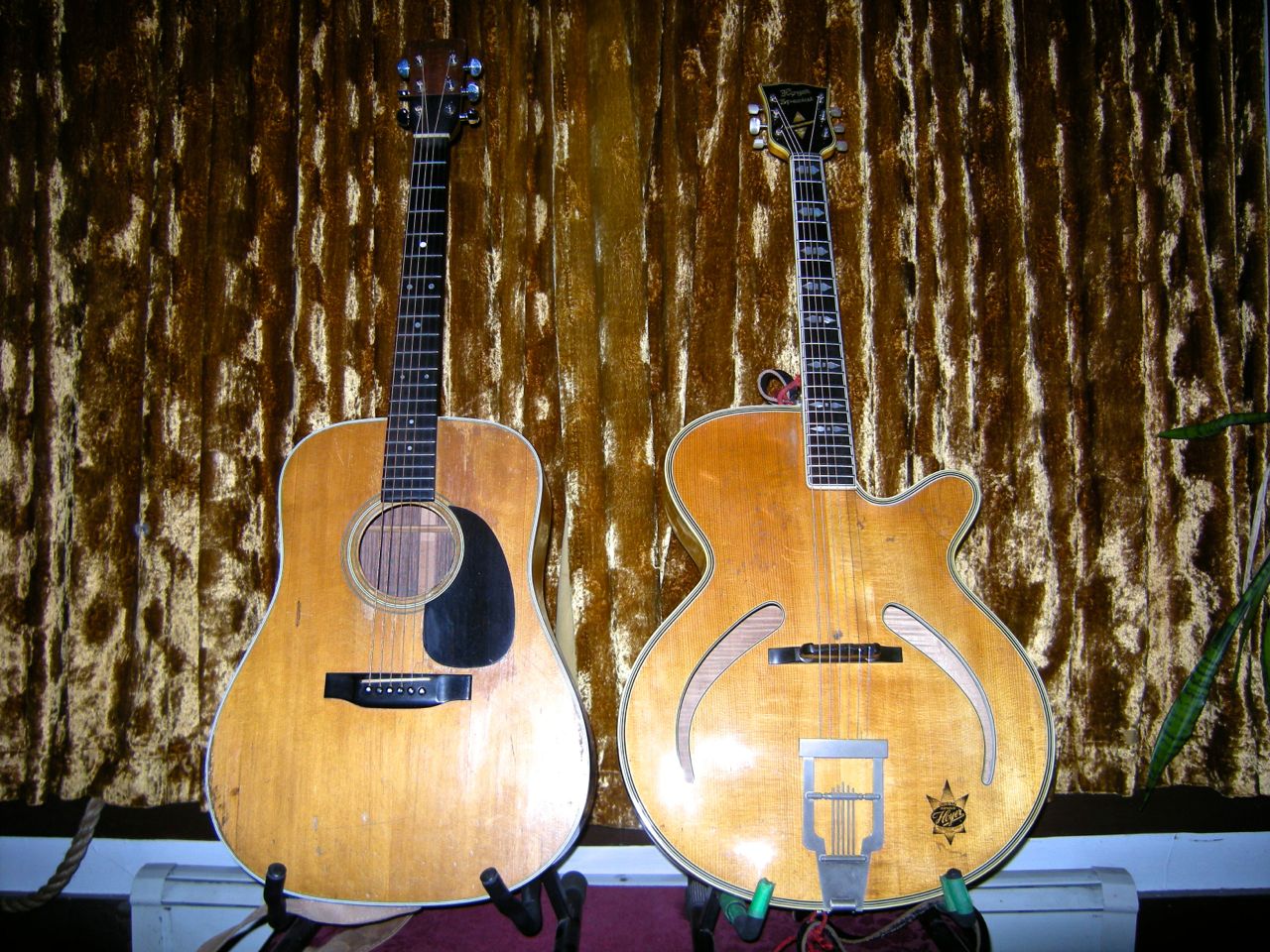 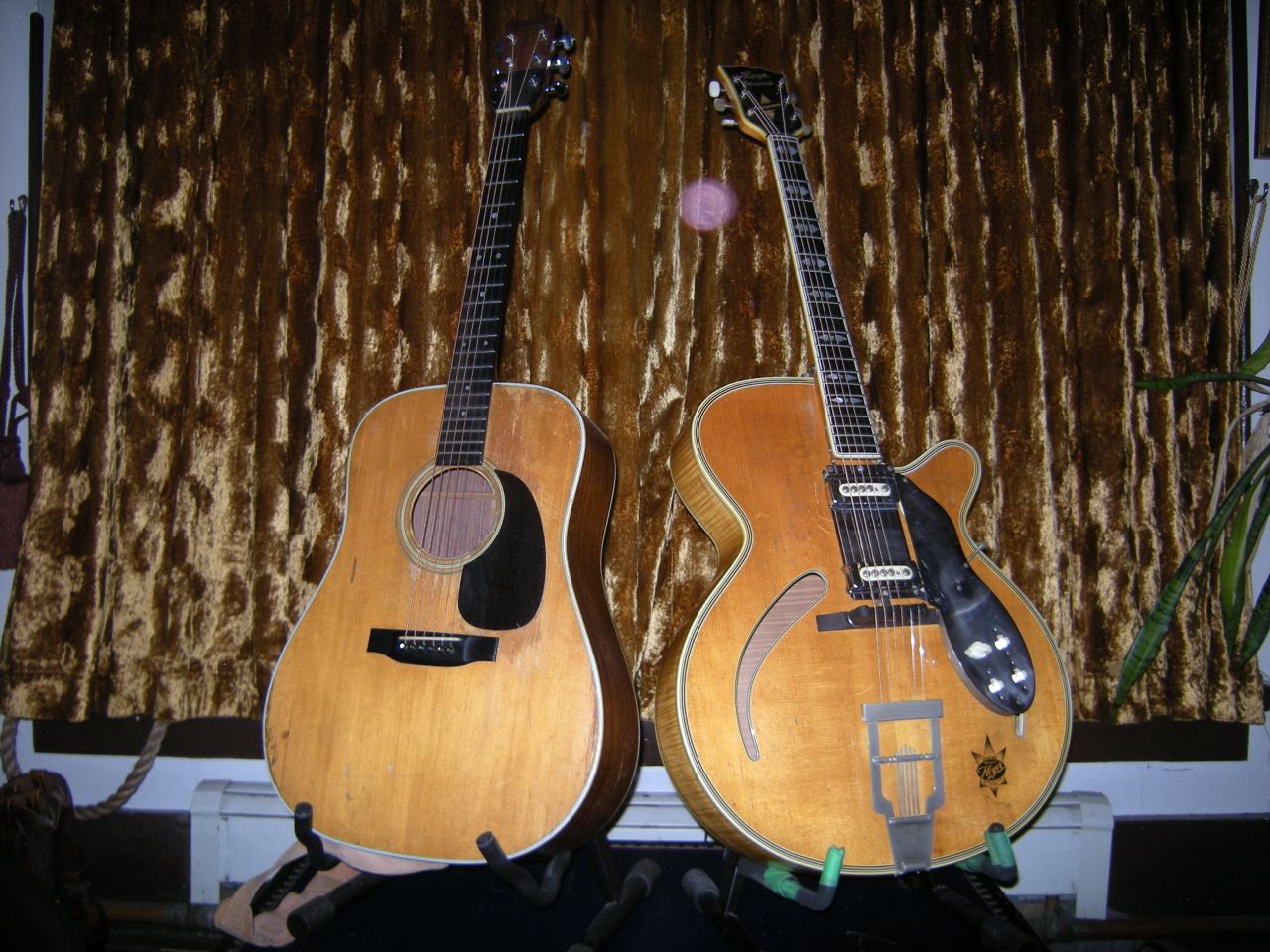 Nice work. What a cool Gitarre!