I assumed, when I was a kid in the 60s and I thought that the Jetsons was a documentary about the likely future, that this is what guitars would look like in the year 2020. Seems they were right.

The notes I play don't fit that guitar.

Is that an ad warning people not to leave their guitars in the car in the summer?

Oh, now. Don't be such an old fuddy-duddy. Danelectro, Vox, Dipinto, and others have made weird guitars before. That bass that Warwick makes that stole the name of the Corvette and would more correctly be called the "Bonercaster" offends me more than these.

People will push the limits of shape and style, with those like Ritter at one end of the spectrum and those like Steinberger at the other. Eventually, function trumps form and people gravitate away from the oddly-shaped, poorly-balanced, hard-to-play instruments.

In the end, what remains will be things like the lighted fret markers on the Phil Lesh "Eye of Horus" bass, and even then it's not something that hasn't been tried before.

And at those prices, only made for the elite crowd.

A Strat is too "melty" for me.

Is that an ad warning people not to leave their guitars in the car in the summer?

It's the Salvador Dali model.

The Stratocaster looks normal enough to us now, but it did shock and offend in its day.

Don't be such an old fuddy-duddy

Far from offended, I’m fascinated, intrigued, occasionally enraptured. Of course they’re pricey art guitars, and as much a domain for the artist’s imagination as musical instruments.

But I like the guy’s design vocabulary, sense of form and proportion, eye for color, detail, surface texture - and throughgoing commitment not only to uniqueness but to seeing every concept through to the nth degree. (Including in some cases his own hardware.)

(NOTE: You gotta browse through the "Royal Family" here to see the range of his invention beyond the various "stock" shapes.)

Of course some designs are extreme, some over the top. Some of the shapes are sublime, some ridiculous - some both at once. But I’m hugely entertained by the exuberance, and impressed by the artistic unity of the whole body of work, every design clearly belonging to a family of ideas springing from one man’s vision.

It would be a challenge to play music on them which lived up to the creativity and uniqueness of the guitars themselves. But I think I’d be inspired away from the habits of convention and familiarity.

I’m glad we live in a time, and under economic and social conditions, such that an artist like this can be rewarded with patronage enough to keep at such work.

Most of us have made our livings doing common, mundane things, going through the daily and yearly cycles embedded in the routine, paid on schedule for fitting into and perpetuating the existing schemes of things. Ritter’s guitars are obviously expensive - but they aren’t exactly production-line consumer products, and they are few and rare. He’s the only one building them. The craftsmanship is astonishing. I don’t know what his paydays are like, but I certainly don’t begrudge him reward.

I’m inspired by his work’s transcendence of the common and mundane. That he can bring such uncompromising vision into the actual and be rewarded for it seems at once a bird thrown at convention and the existing scheme of things - and validation not only of his work, but the notion that we can escape the commonplace.

It’s encouragement to go down our own paths, no matter how they veer off the main road.

And these guitars - their prices as much as their singular shapes - give me something almost unattainable to dream about, as I did at 14 when ogling impossible Strats and Jaguars in Fender catalogs.

To the extent to which the guitars pursue art for art’s sake, they remind me that we should pursue music for music’s sake. There’s a kind of nourishing unity in that equation. We frequently refer to particular examples of familiar guitar models as playable art; these are just the extreme case.

And, yes, they’re extreme enough in the present to suggest how radical the Strat was in 1954.

I assumed, when I was a kid in the 60s and I thought that the Jetsons was a documentary about the likely future, that this is what guitars would look like in the year 2020. Seems they were right.

Yep. Jens builds the dreams we forgot we once had.

Aesthetically, these look like the Pt Cruisers to the PRS's Neon. I'm sure all of the finer details are well thought out, precise, and immaculate. I can't knock that (except for the jack being on the back cavity panel- that is just weirdly placed). The videos for the Monroe makes it appear that they have that flat response PRS is known for. That might be due to a lot of factors in those videos, but I can't say I was wowed by the sound of them. 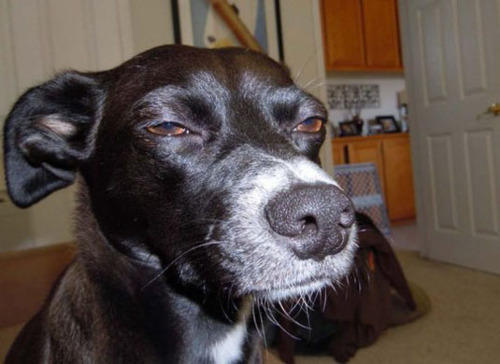 Many of these work look right at home in Prince’s guitar collection.

My apologies, Mr. P. I misread the intention in the thread title.

I have to say that I find the fretless, control-less look of the R8 Singlecut Concept bass somewhat intriguing, in a minimalist sort of way. Hard to tune, probably hard to play, but an objet d'art nonetheless.

I misread the intention in the thread title.

No problem. I realized when typing the title that it was not only ambiguous, it could be read as suggesting the opposite of my intention. It wasn't "gahhh" like "ugh," it was "gahhh" like mouth agape and slackjawed.

(Which could also be ambiguous: is it horror and disbelief...or wonder? In this case, wonder.)

Well, for all the odd/offbeat guitars out there, most people just want the same old stuff. And it is true... Fenders were downright radical in that first half of the 1950s.

My 2 Vox Phantoms still strike people as odd but that design has been around well over 50 years.

I just took a thorough look at the site, Mr. Proteus, and I like a lot of what I saw. These are all blinged with the real deal, and are undoubtedly quite expensive. If I had unlimited resources, there are a few I wouldn't mind having. I like The Jupiter, The Blue Dragon, and The Mermaid of Antarctica, and I find #1746, the one covered with approximately 11 thousand Swarovski crystals, somehow fascinatingly over the top. But I'm just a regular sap who knows his bank account balances. It's said that "if you know how much money you have, you probably don't have very much". Well, that's me!

In looking at those designs, I tried to think of a descriptive word that didn't also convey a value judgment. And then it came to me!

Dude, they're like, totally blobular! I wonder if Ritter was staring at a Lava Lamp when he had his design epiphany?

I don't play well enough to be able to pull off being seen with something like one of those.