Riz, a chopped up one right?

Razzer, a skinny Lou? I must have been 115lbs then.

I hear ya powerjet! I'm sure he's got a couple up.

Some more images of the goods:

Cruddy bridge, I'm anxious to see how it behaves when the bar arrives.

I like the Roadstar grip knobs better but these will do. Nice for volume swells etc.

Those super 70s are my favorite humbucker. My 77 2617 had them with the flying fingers covers.

Way cool Paul! I remember those back in the day. As for the Roadstar - I remember using one for a week as a loaner, while my new Gibson was being fixed under warranty. It was a nice guitar. I wouldn't mind having one, but they seem to be kind of scarce nowadays.

Kiss - I seems that many of us who started playing back in the late 70s & early 80s, listened to Kiss at one time or another. I still occasionally listen to their 70s material. Some of it is pretty cheesy, but some of it is decent sounds 70s era hard rock.

Yeah Ellen that would be a nice one to have.

They were used mostly on Super 80s but some transition models had them on 70s.

Bet it sounds great thru that Mig 60, Marshall city!!

Those are fun guitars! I’ve owned a few PS-10s over the years, but mostly gravitated to Hamer Standards (and have owned too many of them, I’m sure).

Related: My dad was a guitar teacher and he sold his tabacco burst Dean to a student who then sold it to this guy.

Back when this thread was current, I must either have ignored it or pretended I never shaped. (My formative guitar years were more mid-60s to early 70s, so other than the occasional V - which never lit me up - big angular shapetars never imprinted on my impressionable subconscious.)

But in fact I had a Washburn A-20V for a time in the 80s nonetheless. I had borrowed it from a guy (who wanted to sell it) for a gig, mostly from curiosity and because I was nuts for the flame and burst of the top.

At the gig, I backed into a ride cymbal (being unaware of just where in space the unfamiliar shape of the guitar put it), cutting a notch into the binding and barely into the wood. (So the theme of the thread Destroyer fits, see.)

Well, then I had to buy the thing. I don’t recall gigging with it again, though taken on its merits it was a competent, nice-playing doublebucker. I kept it longer than I should have, but sent it away before the 90s dawned.

The feature I liked best, I remember now, were the O-shaped open ring brass fret markers. I thought those were classy.

Shapiest guitar I have now is the Billy Bo, I guess - and I have to be careful with it, because I still have no instinct for the unfamiliar space occupied by guitars with extended wings. Boom bang bump. 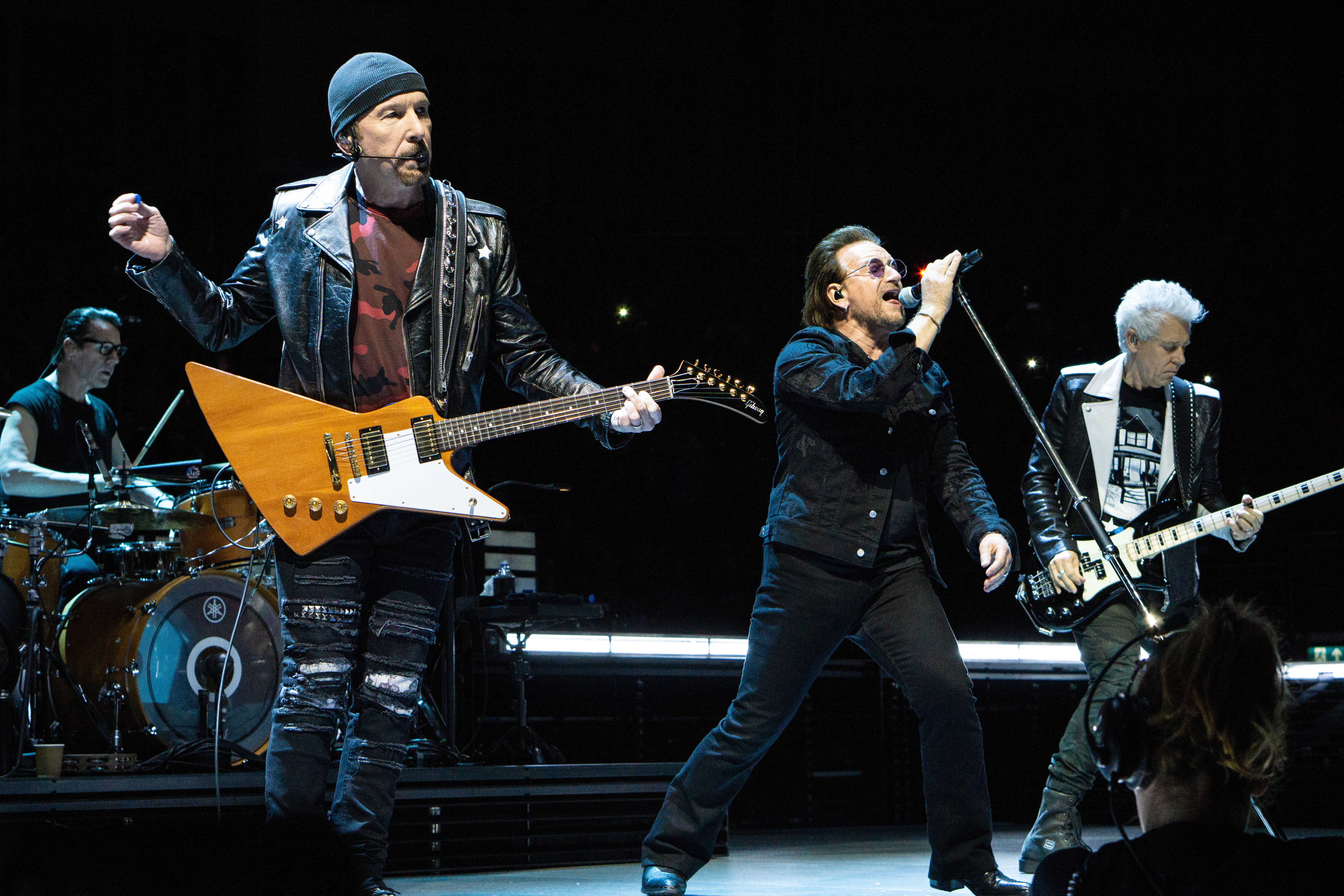 I always liked the Edge’s Explorer, shape-wise. They don’t feel as big as they at first look.

My current (and probably forever) favorite of the pointy guitar genre is my Shishkov Ultimate (#0001, too!):

There weren't many better-built guitars in the 80s than Ibanez. Pointy or not, if it's anything like my 85 Roadstar, I bet it rips! Those Sovteks must be a match made in heaven for it.

It certainly looks fetching by the surf, sand, and sky. Why, the flame in the top reads as ripples on the sea. The body shape is perfectly proportioned, matching headstock angle, all great. As a design exercise, it's consummate. That makes me want one.

Bu then I ask myself, what would I use it for? Is there any appreciable difference in tone between this shape and any other doublebucker?

Ibanez makes some great guitars, and the Destroyer hovers near the top of my “Want” list. I nearly pulled the trigger on a cream 1984 Roadstar a few months ago. I have a Iceman that I gutted and installed Super Distortion pickups in.