I traded for this D'Angelico EX63 late last Spring and decided pretty quickly I hated its internal passive piezo floating bridge pickup, and bought a reissue DeArmond Rhythm Chief. Then a few things happened last year, like they did to all of us, and I never got around to getting it installed. The pickguard was going to have to be notched for it, and I knew I could screw it up with the greatest of ease, so I decided to leave it to the professionals, in this case Paul Flynn at TrueTone Music. And that was a good decision. On Wednesday he sent me a couple pictures: 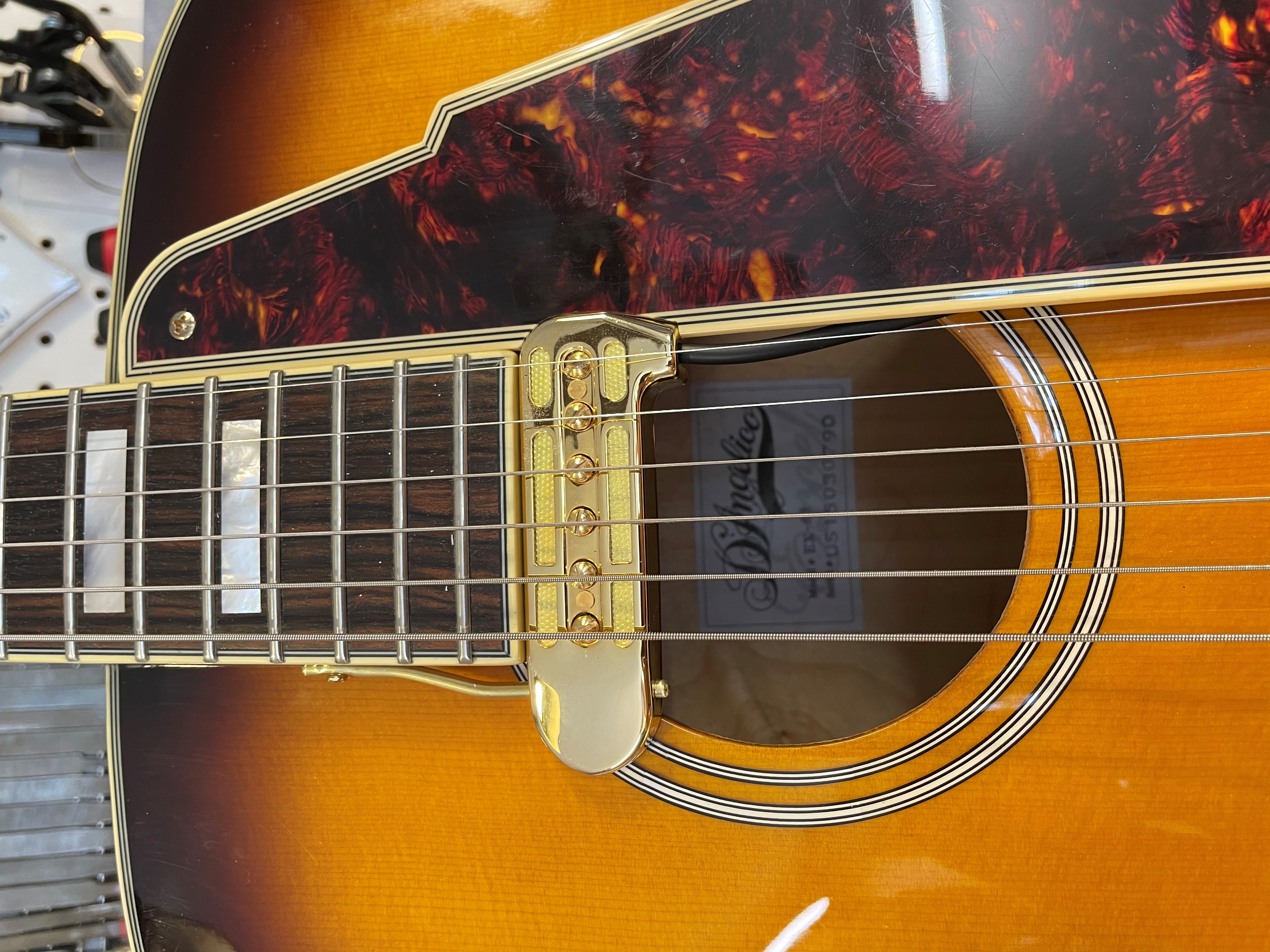 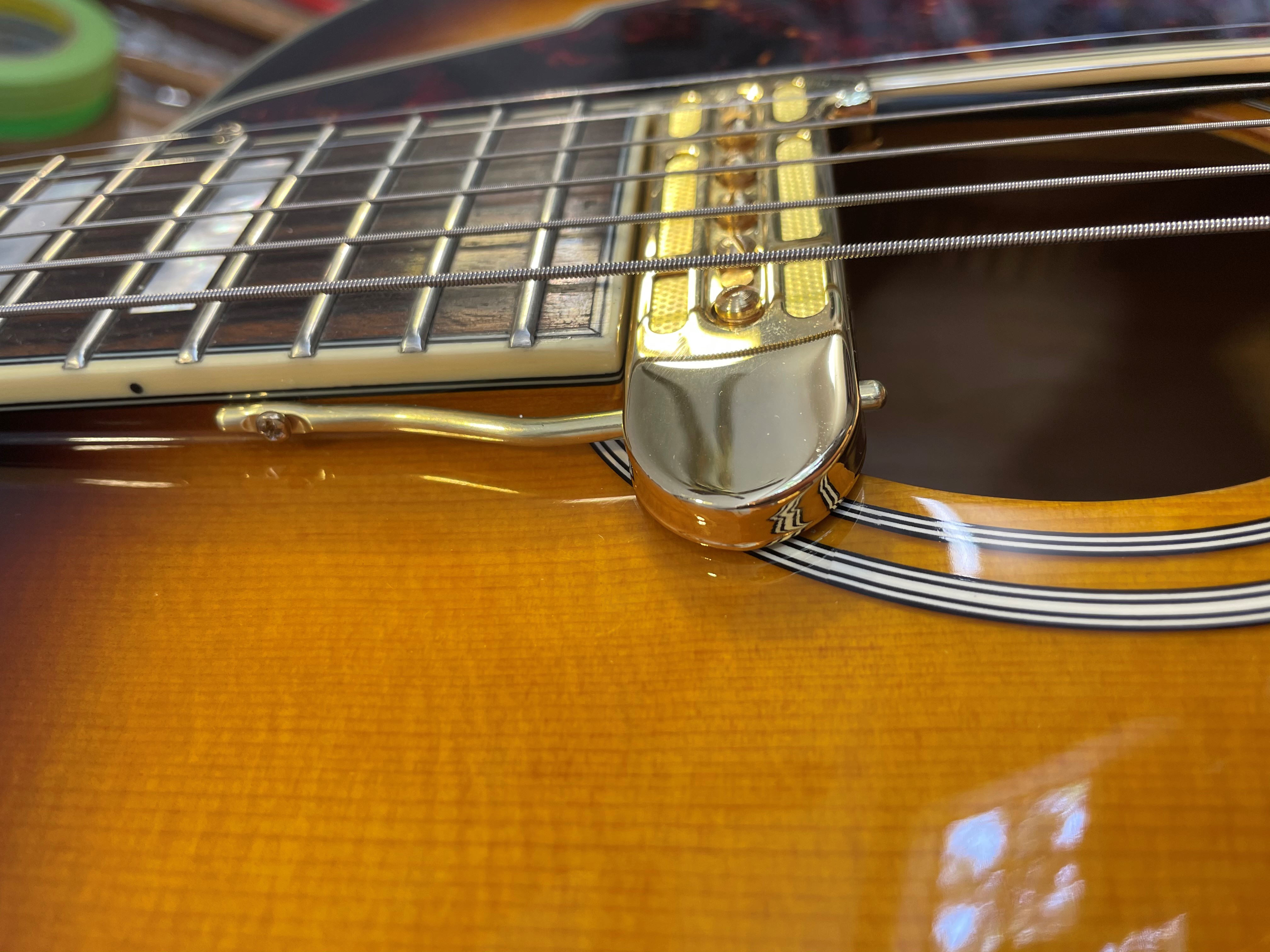 So I cut out of work early, set a speed record riding my bike home, and (after changing clothes) drove over to Santa Monica. In the interest of getting it done quickly, I told Paul if he could just mount the pickup, I'd take care of the wiring. I bought a set of those little Schatten dual thumbwheel pots on a little circuit board from StewMac, it even comes with a cap for a tone control and a shielded lead for the jack, and tucked them under the pickguard. The instructions are dead simple ("put the capacitor here, solder the pickup leads here, and the jack leads here, done), and I was so excited at getting to do work on a guitar I forgot to take pictures of that. Plus I really wanted to hear what it sounded like, because I had no idea how it would turn out.

A little fiddling with the tone pot to get the tone I was after (there's quite a variety available) and I had it sounding as good as I'd imagined, maybe even a little better. So here's the first song I played on it.

If I didn't already have a Duncan MagMike on my Eastman, I'd consider another one of these. And getting to wrestle with a big ol' guitar like this one is kind of fun.

dearmond pup with schatten is way to go!...