Dano's are just so much fun.

Man that is it!

I put the AlNiCos back in, this one gets a full test ride later with the Vox AC.

I really like the '59 Divine in the Walnut brown. 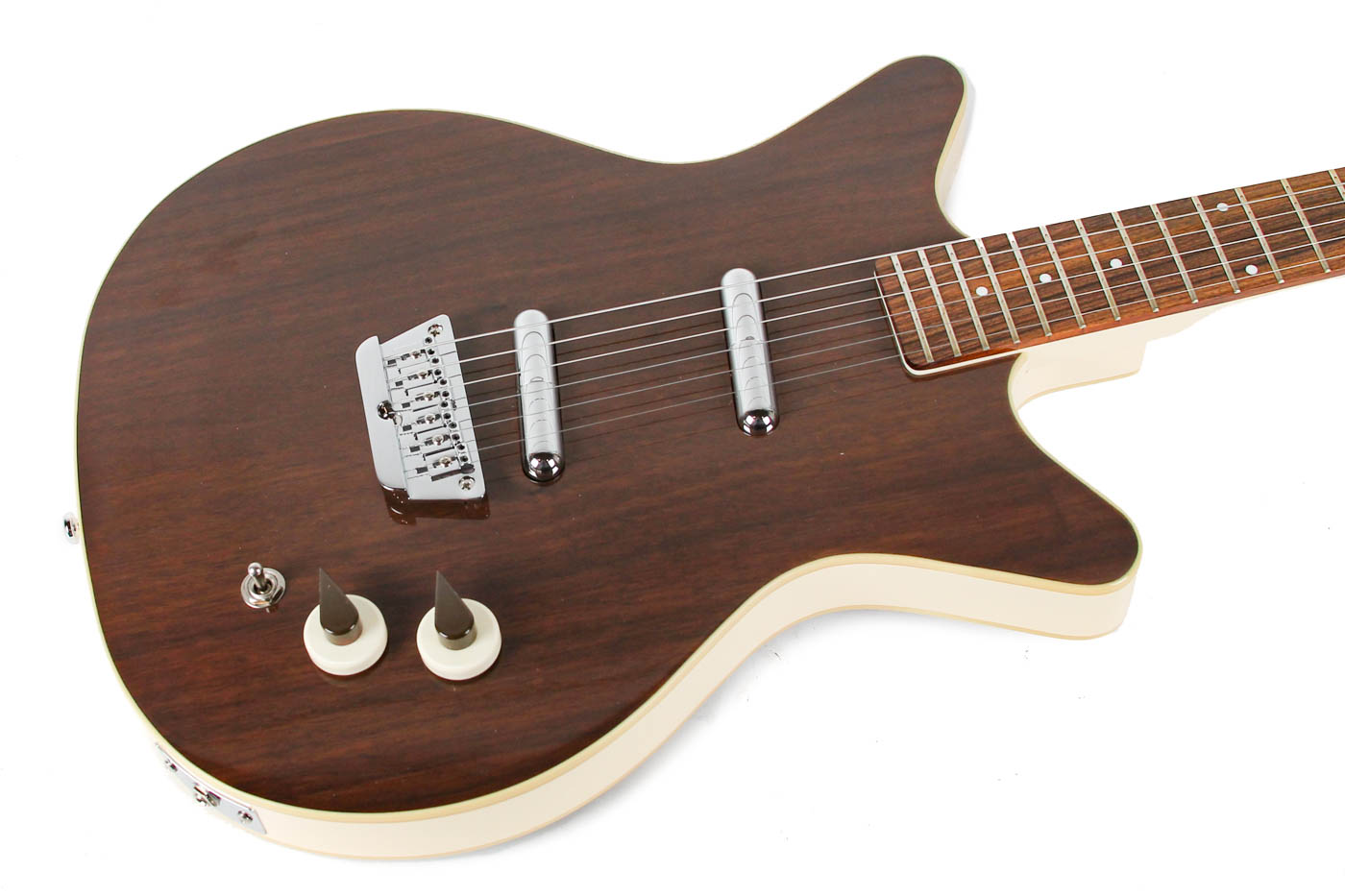 The more I see that, the more I like it. Stop it.

You started it, complaining there was nuthin' worthy left!

I admit that I have had problems with orange in the past...

The Punch Factory was orange.

And our whole family are Syracuse Orange B-ball fans...

You started it, complaining there was nuthin' worthy left!

Well...not nothing worthy - just nothing I wanted. But do you think it sounds any different than my original amp-in-caser Silvertone?

Punch Factory was orange? Did you get rid of it or paint it?

The "In the case Silvertone" is probably more fun.

I just played through the P10R's, very nice sound. Besides being Flame Maple Orange, they say in this run they recreated the original pickup, not the 80's NOS Lost Warehouse pallet, or whatever, that have come before since the Dano reincarnation. So, attention to the pickup seems higher than before, say 5 years ago. And the Tuners might be a notch higher quality. These same Korean folks make the Squire stuff in Indo. This one is MIK, though.

I'm happy, I looked for older Danos and JJ's before, this is better.

Should make it the rest of my playing days...unless I smash it like Townshend!

There are always sales on Reverb, one must look. Especially Holidays when most aren't shopping. I've done it a couple times.

There were other B-Stock and Demo, just not priced as attractive but still discounted.

Well, one does look. But that one wasn't on my radar to look for. I just wondered if a particular vendor had a stash of them to discount out. (Pretty sure "demo" and other equivalent terms are often dealer pretenses to call new product used and thus circumvent manufacturer new price guidelines.)

None of the other B's/demos are getting any Reverb support right now, just 10% off list.

That's so cool. The current Dano's are very nice.

The P10R AlNiCos will stay with this rig until needed back in the CVR.

I like the CVR more with a C15N, but the final permutation on that setup is a stack with both. Mini-Vibro King similarity.

And the Punch Factory is orange, Tim.

find it interesting that evetts/danelectro brags about those 59 divines having authentic 50's pup specs...yet slap on post 90's adjustable saddle bridge....original danelectro's had rosewood saddle bridge...very much part of the sound 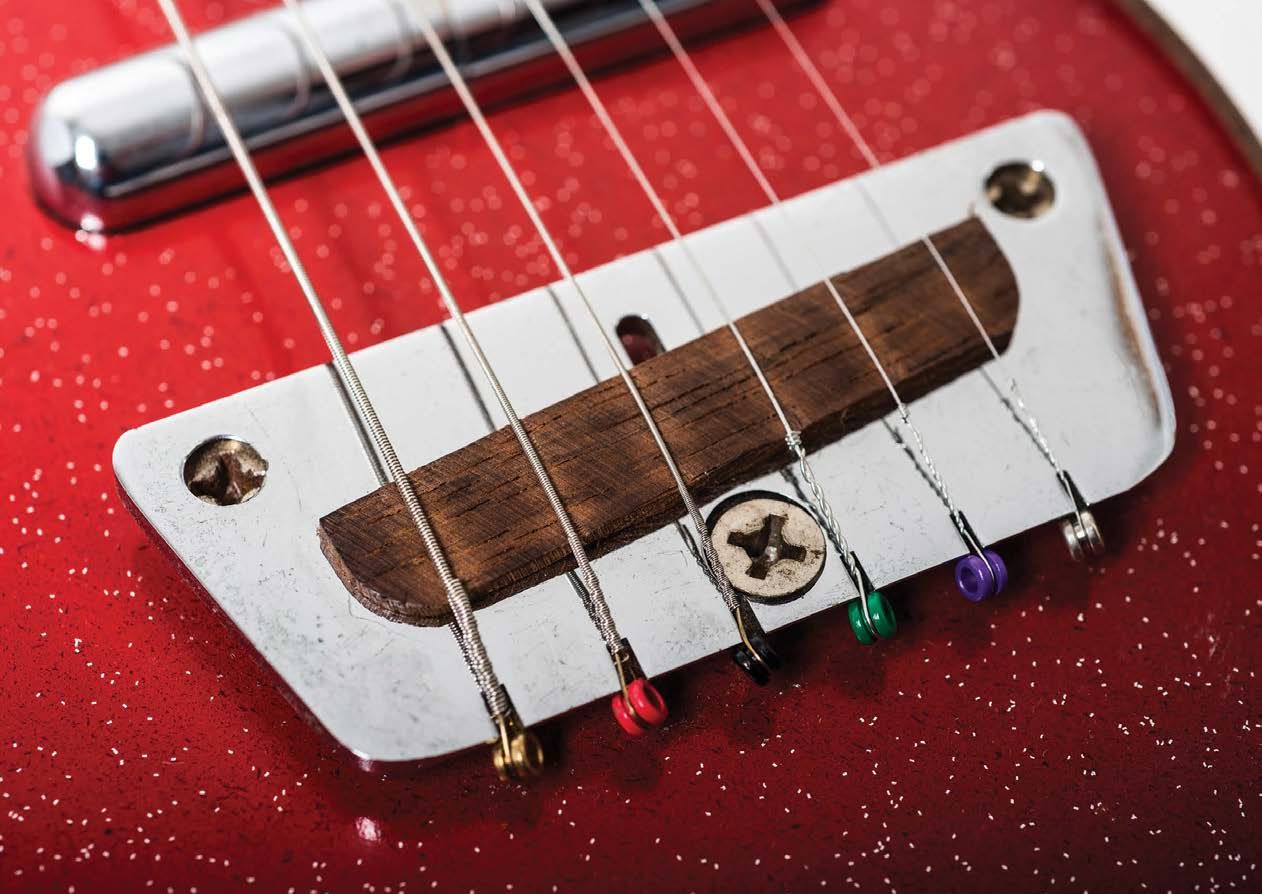 What they did, though, is rather ingenious. Stiff, minimal material, fully adjustable, similar to the Gibson 3-pt Bass Bridge scheme, but whiz-bang cost-reduced. I'll play this set out then get into all the nuances of restringing. The wood saddle blocks were on a lot of the mid-2010 years as I remember. On nearly every older one I ever handled it seemed common they splinter and chip being so flat. The sound must be a bit warmer, too. I have wood saddles on several guitars.

the present day stock 59 danelectros still come with the rosewood saddle bridge!...they still make'm and you can always get a replacement saddle if one wears

tho i have one on a 56 year old bass, that's as good as new! never had problems with

Those 59 divines are really nice. Still not Jerry Jones nice, but they feel higher quality than the regular new Danos somehow.

IMO the real problem with the newer Danos is not the saddle material, but the potmetal they use for all their bridges. They all sag in the middle, throwing off the radius. The original ones were steel, and a lot more rigid - ánd heavier.

Another thing I've noticed about new Danos vs old, is that the tone of the old ones holds together better at stage volume with a band, they're punchier. And I think it has a lot to do with the originals having a solid wood frame, reissues some kind of very light mystery laminate.

I have a 90s Dano that doesn't get played because of the bridge sag. How to deal with that? Should I just bend it back? I was willing to put the adjustable bridge on it but it's not available since months.