Well fact is the Rick site needs help in a big way.

One of my favorite DCB frenzies. The red sparkle still hurts me.

But your idea about slightly elevating a guard to get a wire thru unseen on my MM, that is going to be discussed today w/ my tech.

The bass will sell. People with money won't be able to help themselves. But I have a hard time imagining a single person shelling out nearly $5K for a 480. That person probably exists, but RIC could hardly have targeted a more limited market.

A guy tried to sell me a near-mint 481 several years ago for either 600 or 800 dollars. That was one bland-sounding, weird guitar.

It's so strange to me that Rickenbacker releases instruments like this while stubbornly refusing to offer a standard 330/12 or 360/12 with a wider neck. They would sell A LOT of those. Instead, they're forcing me to save my pennies for a 1993 Plus--but I'm not sure I'd play an electric 12 enough to justify that kind of cash outlay.

Personally, I really like the IDEA of the bass and I think it’s lovely, and I suspect that if I didn’t already have my treasured 5442, I’d be coveting a hollow Rick. In reality, my 4003 covers my Rick bass desires. (I knew you wondered. Haha)

As far as the 480, I never really wondered about them until David Paton from Pilot sent me a picture of him in the studio, recording the intro solo of, “Magic” on a 480. I always thought that tone was unique. He said he ran it through the studio’s Marshall. But I’m not intrigued enough to want one with a PRS finish.

I'd at least wish they would make an F series bass (not that I could afford one) just to drool over, ya know.

Goodness sakes, that is a looker, Mr. Higgy!

Dale does amazing work. But please, the owner needs to get some oven knobs on that, pronto.

The problem is, that the F series guitars and basses are another one of those things that Ric players have asked for, to be reissued for ages, and that Ric has no interest in reissuing. I'd love to have a 360F, but it just ain't happening, and those that are out there on the used market, cost waaaay more than I can afford. 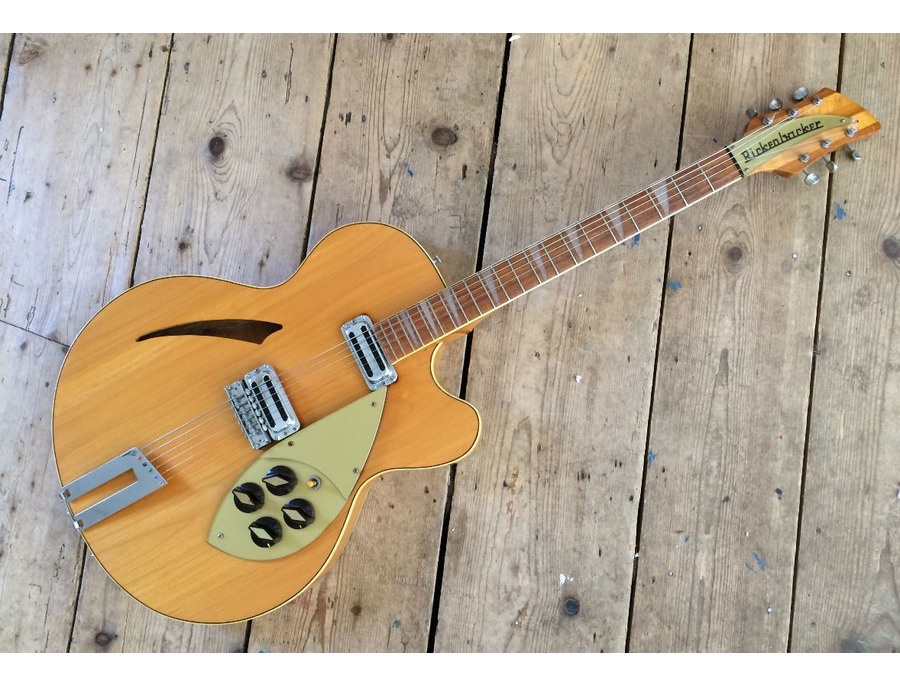 Certainly your are spot on there, Lady.