Ok--give it up for budget guitars you dig and can actually play on stage.

As for me, it's my M75t. Once I got the pickup pole height dialed in, it tuned to gold. I now really love this guitar. It's not my silverjet, but the vibe is phenomenal. Think Georgia Satellites and you are there.

I also always loved Danalectros and Reverend, but they are I guess not so inexpensive any more.

Finally, my brother has my epiphone P90 56 soapbar reissue, which is a fantastic player even if the pickups get buzzy.

How about you guys?

My Classic Vibe Tele by Squire.

Works great in my band with the other guitar player, who uses Strats and Teles, mostly.

My Classic Vibe Tele by Squire.

Works great in my band with the other guitar player, who uses Strats and Teles, mostly.

I've only heard good things about them.

Getting eatem up w/ duo sonics (maple neck only, please) cause of the righteous 24" scale.

My Squier Duo Sonic is so nice, the guitarist in my band stopped using mine and bought one.

Bought my Synchromatic Sparkle Jet 1617 for $200, just a blast to play. Sounds good,too.

I got my original Dano Convertible in a swap for an old EV635 microphone. My go to guitar is a bolt-neck Epi flat top. Best $50 I've ever spent.

The Mexican Tele I bought for $350 checks just about every box. After a new set of pickups, this thing is great. When It comes time to thin the herd, the Martin HD-28 and my cheap-ass Telecaster will be the ones that stay. Oh, and the Guild CE-100...

I had a '59 Duo Sonic that was the second worst guitar I've ever owned, but only because the pickups were super low output.

I love an inexpensive guitar, my Malt Shop Creme U2, the best 120 quid I ever spent. 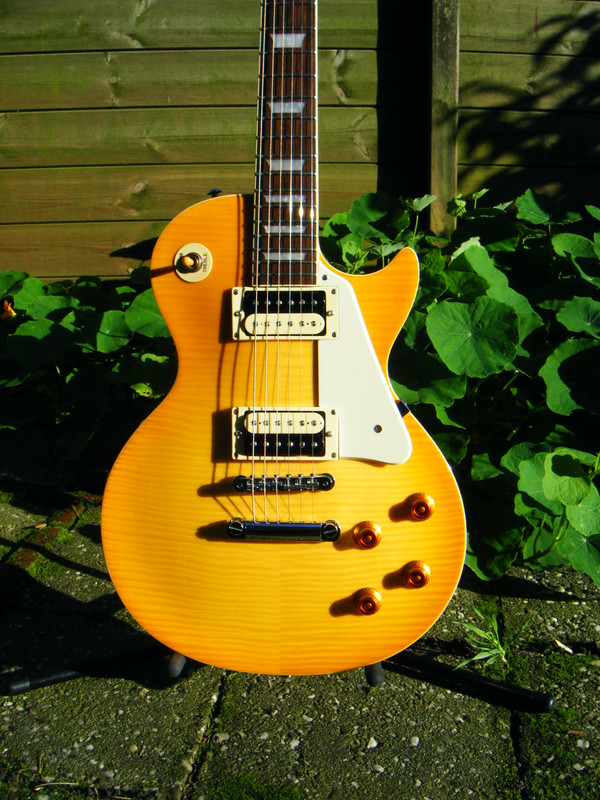 And a few weeks ago I bought this MIK Hohner ST 59 for 75 Euros. Spent another 37 Euros on a new pickguard, nut and vibrato unit. I would definitely bring it to jam. Very versatile, good tuning stability and very comfortable. 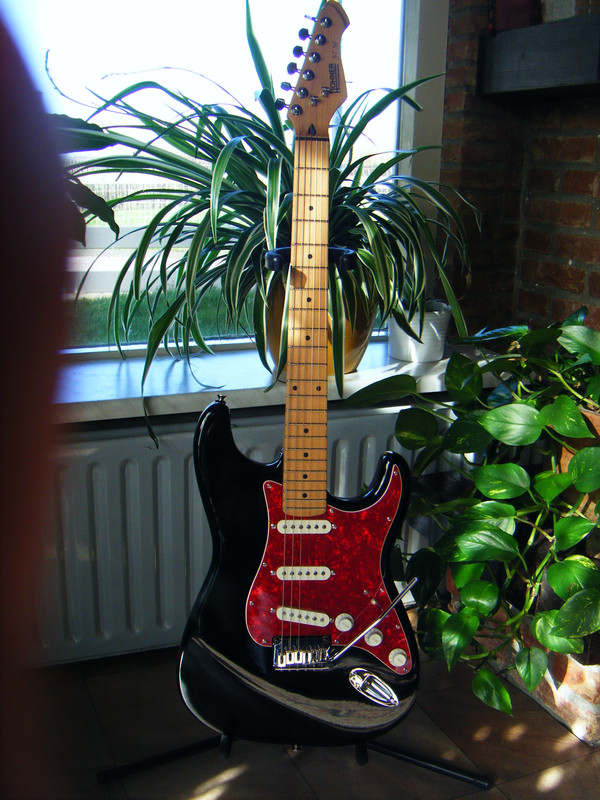 My Squier Duo Sonic is so nice, the guitarist in my band stopped using mine and bought one.

Any known diffe between current Fender ones and your Squier ? Some say it was just appearance, nothing else.

I ended up selling my reissue Dano U2 after getting this Washburn "retrotone" It is pretty much valueless. I doubt I could get $100 for it if I tried but it is better than the Dano in every way.... except resale value I guess.

Seems like short scale guitars are suddenly popular--why is that?

Any known diffe between current Fender ones and your Squier ? Some say it was just appearance, nothing else.

Not sure. I played a Fender DS at Guitar Center for 5 minutes. In this very un-scientific test, I found my Squier felt better.

I still love the USA made Peavey Strat and Tele. Really nice maple necks, and I don’t think I paid $100 for either of them.

This Stagg Strat cost $175 brand new including shipping, and does everything I could imagine wanting a Strat to do. The neck feels great, and the pickups have less hum than some Fenders I've played.

This Riff (made by Peerless Korea) ES-345 copy was $150 brand new. I added the Bigsby for another $75 or so, and it now outperforms the Epiphone Jorma Kaukonen Riviera. I have a Varitone for it too, but haven't gotten around to installing it yet.

And finally this Karera (also made by Peerless Korea) SH-800AN was about $250 new. I'm convinced the SH in the model number references the Epiphone Sheraton (which was made by Peerless as well). The wood pickguard is a nice touch, and the pickups are especially bright and clear for humbuckers. It sounds very different from the Riff.

About 12 years ago, I bought a 65 Kent Americana from a guitar tech that he obtained from someone that owed him money. Before I bought it, he set it up, put on flats and charged me $50 Canadian. I don't gig anymore but I still play it.

I thought of it as wall art but then started playing it. Not a Gretsch but not bad.

Seems like short scale guitars are suddenly popular--why is that?

Hamer gold top. £140 including a Hiscox case (plus five quid for the Harmony cupcake knobs).

I don't go out looking for cheap Hamers, they just sort of find me.This one cost about £120, is a doddle to play and that P90 is just made for rock'n'roll.

The two budget guitars I own I built myself.... They sound and play great. And I built them exactly the way I want them to be so they work perfect for me.

Squier Vintage Modified Jaguar. Bought it for new $300 about 6 years ago. As new, a great deal on its own.

But I can't leave well enough alone. Still has the stock pickups, which sound fine, but I did put a set of 11 gauge flatwounds for that early 60's surf instrumental sound. Changed the stark white pickguard for mint green, added a Staytrem bridge and arm, in addition to an actual Fender locking vibrato. Neck was shimmed to be able to raise and give a greater break angle over the bridge. Even with the upgrades, I still consider it a great deal and guitar.

I picked up a red Danelectro U2 circa ‘99, for $125 and got them to throw in a ‘matching tweed’ gig bag too. My boss loved it so much, he went and bought a used one for twice the money a month ago...

No pics any more (apparently), but my Squier Strat was my go-to solid body for almost a decade. Sadly to some, it's been replaced by a Taylor T5z, which although not a Strat, has three pickups, a five-way switch AND can be used acoustically.