Ummm, no. It has no master volume (which is a deal breaker for me), and I got fed up with carting around 4 X 12 cabs, back in the late 80s. BUT, I'm sure that some stoner rock player will be all over it. Stoner rockers love Sunn amps.

sunn amps came from louie louie!!...the kingsmen!! who had the hit...bassist wanted better amp...sunn was born!

leslie west and felix pappalardi in mountain had stacks 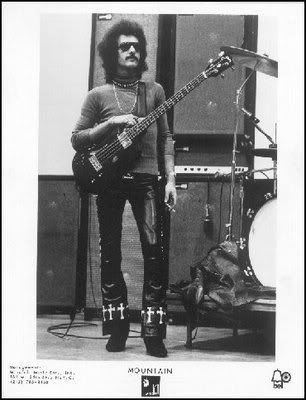 Same amps in both pictures. Leslie West bought all the Sunn gear from Hendrix when he changed sponsors after a tour.

JD from SOT had one, or something like that...it was huge.

I remember seeing Geordie from Killing Joke playing his ES-295 through one of these at the East Side Club in Philly. Monster amp!

sunn amps came from louie louie!!...the kingsmen!! who had the hit...bassist wanted better amp...sunn was born!

leslie west and felix pappalardi in mountain had stacks

And Felix developed hearing problems. Imagine standing in front of that! I think that a Mountain concert was the loudest concert I ever went to. They were great.

1973 or so w/ Fender. Of of course In World Of BirdMan master volume should be illegal.

Sunn was the backline of Woodstock

They are the coolest looking amps.

I have an old Sunn 4x12 cab in my basement that use to belong to the guitarist from the Darkest Hour. It’s for sale, if you want to get it out of my basement.....