A local guy on craigslist has these for sale asking $200. They look pretty cool. I emailed him and he says they are 12'' 25 watt 16 0hm. Seems like they might make a good pair @ 8 ohms for a guitar amp. I think they're Jenson, old ones obviously. Worth it ?

Not terrible considering how good the cabs look. Definitely not common. Age could be an issue.

Can't quite make out the code to know if they are Jensen. Some cool amps have been built into these cabs tho

Yes these are usually Jensen drivers but they are old and may not take much abuse. Paper formers and old glue but probably sound great at low volume. I am a big fan of the later Jensen Vibranto drivers. Thanks John

That's a Jensen. Those speakers went with Bell & Howell 16mm movie projectors. Every school used to have a couple.

That's a Jensen. Those speakers went with Bell & Howell 16mm movie projectors. Every school used to have a couple.

Those are early B&H cabs at that---late '40s or early '50s. By the '60s, they were in blue/green plastic cabs. I was the AV geek from first grade on---1955. I retired doing some of what I did in first grade---last union projectionist in town.

I have one of those (and the matching amplifier). The amp isn't going to ever be used as, from what I've read, this particular model doesn't convert well to a guitar amp. Still, I love the speaker cab. It's really clean for it's age.

At some point I'll replace the stock speaker with something modern and get a lunchbox-style head to go with it. 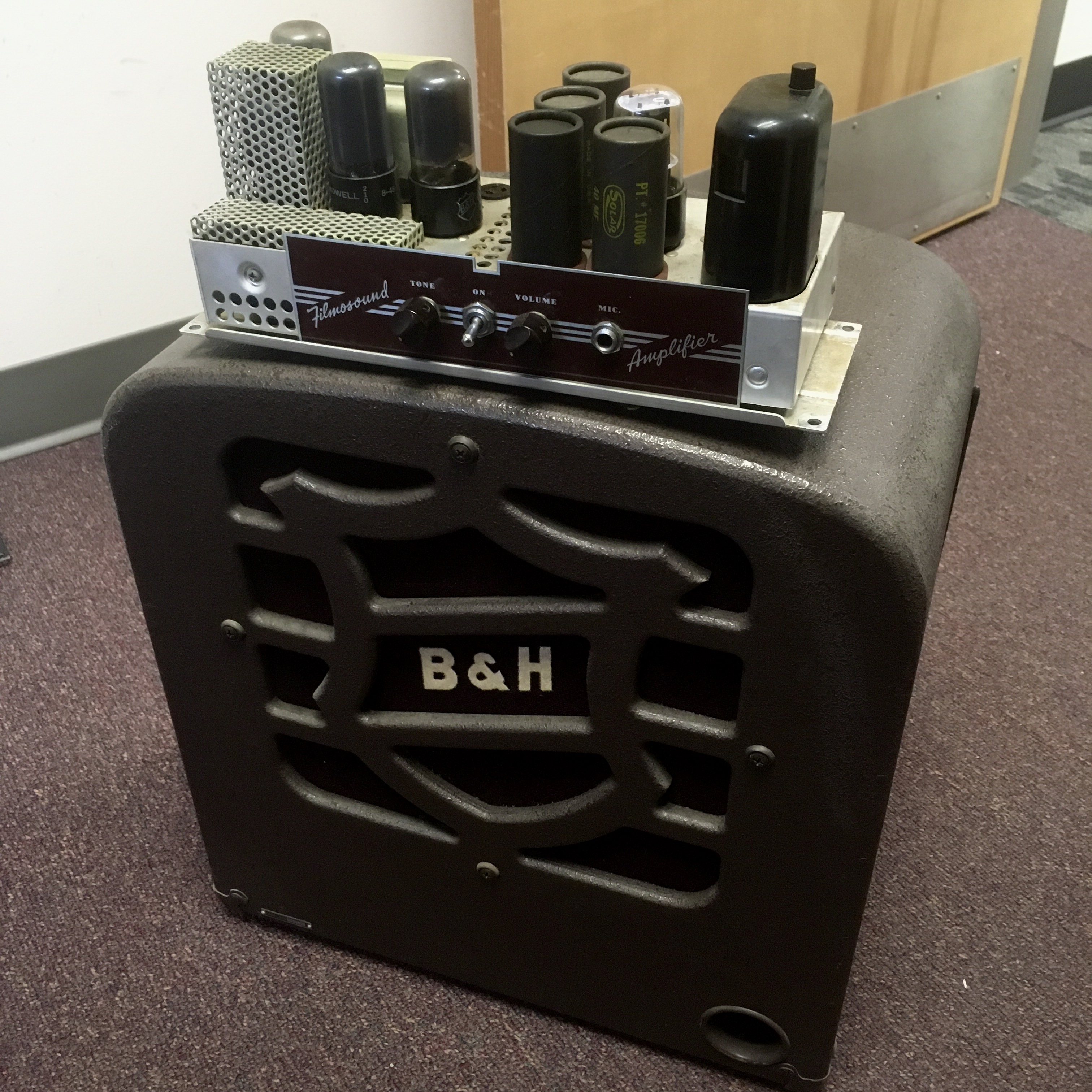 Still thinking about it,he even has the covers!

I like the sturdy cabinets, built for mobility. The video below shows B&H speakers which look similar in use with a guitar and amp for a rock music sound.

An alto player in Portland, OR, had a early 50s PA, maybe late 40s, with two similar cabinets, branded "Bell." They might have been from Eddie Bell's shop in NYC, but I'm not sure.

In 1987, I asked a friend to ask Bucky Pizzarelli--at a weekend jazz party--what amps he liked and he answered "Bells are best, GK is good too."