What if? Indeed, the perennial question, isn't it? In the end, it's all speculation, a story that will never be told because it didn't happen that way.

Rick Beato always has cool things on his YouTube channel. I saw this listed on YouTube, but hadn't gotten around to watching it. Pretty cool! They were some very neat alternate spins on how different playing styles beyond the base playing style (Mr. Paige's playing) sound in a well known song. It does change the vibe of the song a bit IMO. Rick and Phil X (who the along with all of the Fretted Americana vintage guitar demo videos he used to do, has been Bon Jovi's lead guitar player for the past 9 years [after Richie Sambora got kicked out due to his out of control drinking]), did credible imitations of Peter Frampton, and Eddie Van Halen. Eric Johnson's playing style (done by the man himself), put a very interesting spin on the 'Stairway solo. The solo was much more fluid/legato than the other ones done by Paige, and in the style of Frampton and Van Halen.

I think they all win, great to hear the different solos.

I think Phil nailed EVH, including the happy intensity. All were interesting. 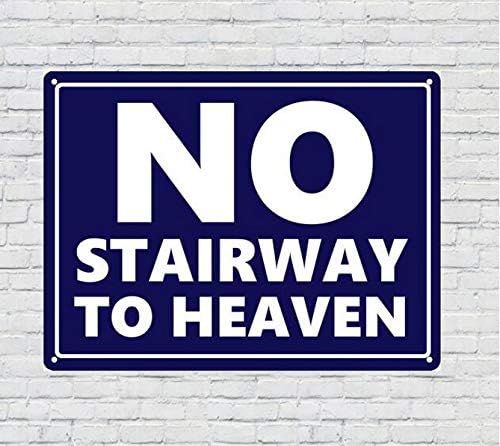 I saw this video the day after after it came out, it's an interesting exercise in what if's. I liked all three, but if I had to choose (and it's a difficult decision), I would pick Rick Beato"s Frampton style as first place. Second place would be Eric Johnson, and as much as I love Eddie Van Halen, I don't think his style fits the groove as well as the other two. Phil X really did nail EVH, apparently he's known for emulating Eddie Van Halen very well.

Did anyone else think the guitar mix was low especially on the Phil X take?

Really cool idea Rick had here. Phil-X is a MF'er on guitar. Too bad he couldn't have gotten EVH in on this. Eric sounds like Eric. Why wouldn't he. You would think he could have reached out to Frampton.

Really cool idea Rick had here. Phil-X is a MF'er on guitar. Too bad he couldn't have gotten EVH in on this. Eric sounds like Eric. Why wouldn't he. You would think he could have reached out to Frampton.

Did anyone else think the guitar mix was low especially on the Phil X take?

I did too, Curt. It was the first thing I thought when I heard it.

Phil X gets my vote.

I had no idea. Well that sucks. I saw him a couple of years ago and he was a blowing me away. Such a monster player.

In case anyone hadn't heard about it, I copied the following info from Google :

"On 22 February 2019, Frampton announced he will be retiring from touring with his 'Peter Frampton Finale—The Farewell Tour' commencing on 18 June 2019 in Tulsa, Oklahoma, running through 12 October ending in Concord, California at the Concord Pavilion".

"In two interviews released on February 24th 2019, one with CBS News and one with Rolling Stone, Frampton, 68, said he had a degenerative muscle disease called inclusion body myositis, also known as I.B.M. The disease causes muscles to weaken over time but generally does not affect life expectancy".

I too thought that the Frampton-style solo integrated itself into the backing tracks the best and had the best continuity from beginning to end. The other two were very good, but seemed compartmentalized and episodic by comparison.

What struck me after the fact was how long each solo seemed, in the loosest, most subjective way. Phil X's solo seemed to be over in nothing flat, EJ's almost had me checking my watch, and Rick's solo was just part of the song.

EJ's almost had me checking my watch

Alas, that's my usual reaction to EJ. Dude can play for sure, and I love his perfectionism and his approach to the instrument. I'm just never engaged. And it seemed to me, maybe just a little, that he was having trouble doing EJ to his usual standards in this clip. And yeah, especially episodic.

I suspect part of the subjective impression that Phil X's solo went by in a flash is that he is entertainingly exuberant, channeling not only the hyperactive verve and extroversion of the EVH style - but Eddie's joy in playing as well.

No question that Rick's Frampton fit the track better: Frampton is/was a reasonably chameleonic player who deploys essentially classic-rock scalar, compositional, and tonal vocabularies in the service of the track at hand. (And Beato has the same skill set.)

On tother hand, both EVH (if he had played this, and in Phil's emulation) and EJ have distinctive individual sensibilities and bags of tricks which they're almost duty-bound to include in their playing in order to be recognized. Those characteristics era-stamp their playing as coming from later eras than "Stairway." They sound anachronistically out-of-their-time to us.

Page and Frampton (and Beato, for that matter) are of the generation. The retro-fit of EVH and EJ solos to the song might have been more cohesive had the backing track been rearranged and recorded in those players' styles as well.

A Mick Ronson solo would probably sound great. Perhaps not far from Frampton?