If the gold wears away naturally it can leave a pearly glow that looks better than any other finish IMHO. The clearcoat/nailpolish/laquer thing does work.

I researched and found this product: https://www.everbritecoatin...

IN THEORY, it should provide a virtually invisible coating that prevents oxidation of the PUs and Bigsby, leaving them cheerful and sparkly for years to come. In theory. I see no reason why it might affect the tone, although I likely will have to shield the screws on pickups.

I ordered the stuff, let's see what happens.

It's not quite the same, but 28 years ago I paid extra for a satin finish on my newest Takamine 12string.

After about five years on stage, I noticed it was not satin any more.... my sleeve rubbing on the lower bout had caused a warm, shiny glow to replace it. So I vowed to never pay for a satin finish again.

Until last month, when I picked up a satin finish Taylor T5z. Guess it too will become shiny as it grows older.

A lot of acoustics with satin finishes have gloss tops these days for the reason you mention, Kevin, and also because if you strum your forearm makes more noise on satin than gloss.

I have never liked gold plated parts. It always looks cheaper than nickel to me. I think the only alternative is to get those parts made out of solid gold and satin finished. THAT would look cool.

Well I've seen vinatage guitars retaining their gold bigsbys better than today's models especially when the fading and pitting starts the first two months on a new guitar. Obviously higher humidity and acids from hand, out gassing etc will hasten this but In my opinion this may have much to do with the cheaper manufacturing tricks and less than quality materials used when applying the plating.

Resurrecting an old thread in the interest of keeping this consistent for the next visitor coming from Google so they don't have to read multiple, similar threads...

I just took delivery of a brand new 6609 Broadkaster in Vintage White. I love it. Everything I ever wanted in a guitar - and I own a number of Fender and Gibson Custom Shop pieces.

Although it's December 2019, the serial of the instrument I purchased indicates it was built in late 2016. The store I purchased from (very reputable online retailer) assures me it was stored in its case, in a box, in their warehouse, from the day they took delivery of it - except for the time they took it out to photograph it for the website.

I find the gold (especially the Bigsby per this thread) to be quite tarnished (yes, I know gold itself doesn't tarnish but you get the idea), especially compared to the photos the retailer took - presumably over 2 years ago.

The volume and tone knobs are starting to tarnish but they concern me less as they're easily replaceable, and FMIC are very good with honoring warranties in my experience - especially for low-cost stuff. Two Custom Shop Fenders with bad knobs and they sent me replacement knobs overnight.

The tuners are tarnishing a tiny bit. And the pickup covers not at all. Interesting as each component is from a different manufacturer, each with their own thickness of gold plating presumably.

The question is - is this normal? A guitar sitting, unplayed in a case for a few years having it's gold hardware start to tarnish? From everything I've read, it is, but wanted the wisdom of the crowd too.

Luckily, when you combine it with the vintage white color of the instrument, it just gives it a nice vintage mojo. Not a fan of the relic'd Fenders, but I do have some Gibsons finished in their VOS finish which come with pre-tarnished nickel hardware and just look and feel pretty darn close to vintage instruments.

I think the easiest thing to do is change your perspective. Love the “played” look.

I was wondering if the Bigsby, being made from cast pure aluminum, is the source of it being the most problematic gold plated piece of hardware on Gretsch guitars.

I did a quick into it, and here's a paraphrase of what I found :

Gold plating of aluminum is a multi step process. A common method is to plate zinc over aluminum, copper over zinc, and gold over copper. Another more costly method would add nickel between the copper and gold. All the the metals are Base metals (except for gold), and are prone to oxidation. If any one of the step has a defect (due to oxidation), you can get separation. And then there is the "breath of gold", only molecules thick that can be polished off fairly easily.

I've been fortunate so far, my 2 year old gold plated Gretsch (licensed) Bigsby is still in perfect shape. I'm careful to wipe it with only a guitar cleaning felt, reserved for this purpose only.

Nothing you can do. Light a cig, drink a beer and move on.

Actually, cigarettes and beer can accelerate wear of gold parts, as they will make your sweat more acidic and corrosive. I have several guitars with gold hardware that still look pristine after 10 or 15 years. Part of that is they don't see much action in clubs, plus I wipe them down (gently) with a soft cloth (no cleaning fluids) after playing, and partly because my body chemistry is relatively benign.

Also, a guitar sitting in a case unplayed for a long time can indeed result in premature wear of gold parts, due to outgassing from plastic parts (pickup surrounds, pickguards, etc.), and even some straps and buckles.

My WF gold parts are way beyond redemption.

I’ll take some photos of the wear and tarnish.

there used to be a crafts compound called Rub 'n' Buff which folks used to refresh gold-plated parts. i have no idea if it worked, or if it's still available.

Well, an update from my post further up the page:

The dealer confirmed it was majorly tarnished from a few years in the case being stored. They cleaned it up best they could with Music Nomad Drum Detailer (their tech's secret weapon for gold hardware cleaning apparently).

They offered to let me return it and order me a new one, but not sure what lead time is on a new unit. I don't think the pickups will be corroded, and Gretsch's exceptional customer service are sending me a new Bigsby and control knobs (the tuners and other gold parts were not as affected). I assume installing a new Bigsby is as simple as unscrewing one and screwing the new one back in the same holes?

What model Gretsch do you have? I've reread posts and didn't see what it is.

What model Gretsch do you have? I've reread posts and didn't see what it is.

You should be able to just swap the Bigs out with the new unit.

Gold plate, especially real gold plate, should never be part of a working instrument. Sadly, it has been around almost as long as they've made metal instruments. And it's been wearing off of them since Day One, too.

In 1952 (before I came along), my late father was presented with a special, engraved and gold-plated Selmer silver Bb trumpet. It was awarded to him with all due ceremony for services rendered, though those particular services are lost to history. Something to do with an army Reserve band, I think, but don't quote me. Besides, it doesn't matter for this story.

The Selmer had a nicer, more easily-controlled sound than his regular instrument, so it quickly became his No 1, and because he was very proud of it, my then-young father polished it religiously after each use, and sometimes just for something to do on a Tuesday night, to boot.

Well, it didn't take long before a patina started to come over the "real gold" plating, and the silver plating underneath began to reveal itself. In fact, after less than a year according to family legend, that gold Selmer was officially a silver one, because the finish became so dappled that he finally decided that the best way to deal was to simply polish off the remaining gold and try very hard to preserve the silver underneath.

By the time I was old enough to notice, Dad's "silver" Selmer featured some still-gold hardware (mostly in the valving and inside the bell) and was covered in what looked like gold engraving, which it was, the depths of the engraving being the areas on the trumpet Dad's polishing cloths never quite reached. It was a little like gold highlights on silver and in a way, both eye-catching and rather sad at the same time.

Thirty something years later, when my 6122 began to show signs of the same problem on its gold hardware, I was reminded of Dad, but chose to try and preserve what was left.

I was only partly successful.

Kevin, anymore to me, I love the look of a naturally worn gold finish. It looks just as you described, just beautiful to my eyes.

Nickel ain't too bad either as it ages.

I couldn’t wait for the gold plated parts on my White Falcon LDS to age and dull...and I got the guitar second hand.

My Gent looks like rubbish. The gold is tarnished horribly on the Bigsby, and on the pickup covers.. Makes a great guitar look cheap.

I gotta get my eyes checked --- at first glance I thought the topic was "The Heartbreak of Gold Pants" ... 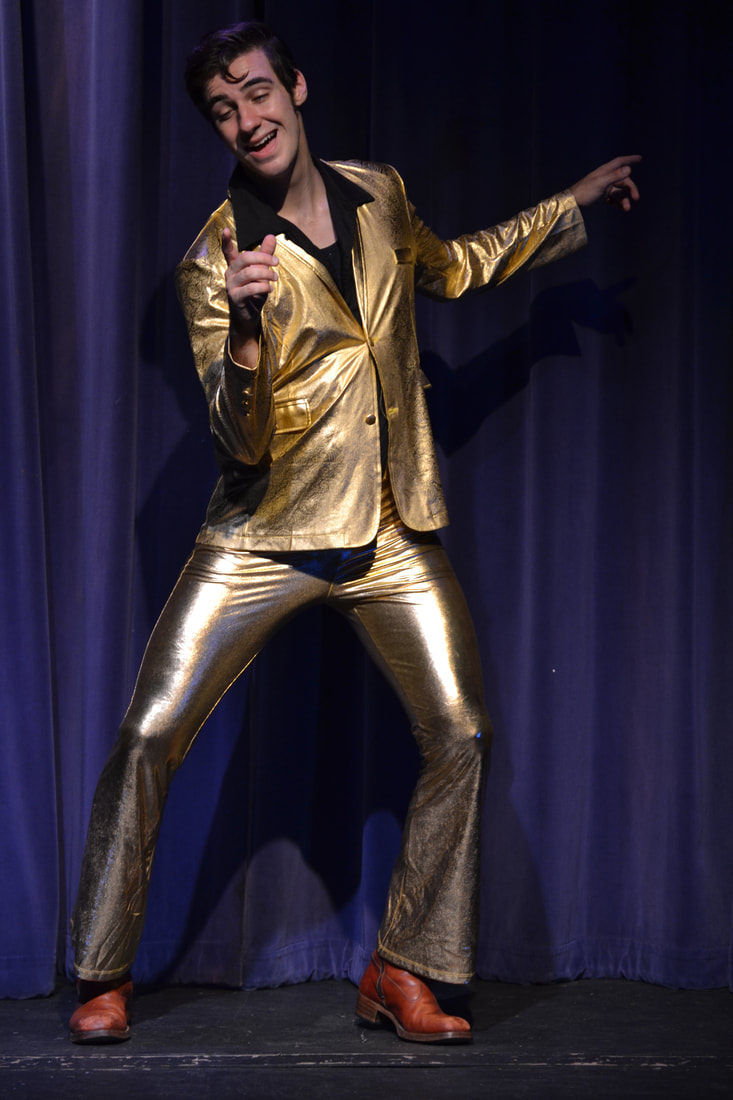 I thought that gold didn't tarnish. Silver turns black and brass turns green but I have never heard of gold tarnishing. The gold on the Bigsby on my 1967 Hagstrom Viking is a bit worn but not tarnished a bit.

I tried to combine a business model with my plastic surgeon friend, the slogan could have been making your significant other look younger and your guitars look older.