...because during this down time, why not?

I moved the amps together as I'll be working on some YouTube demos in the very near future. There is a NAD among the amps (stay tuned). The empty hanger is for one of my Mustangs that is being worked on by my guitar tech.

What does your home office/studio/mancave look like? What have you been doing during the social distancing downtime? 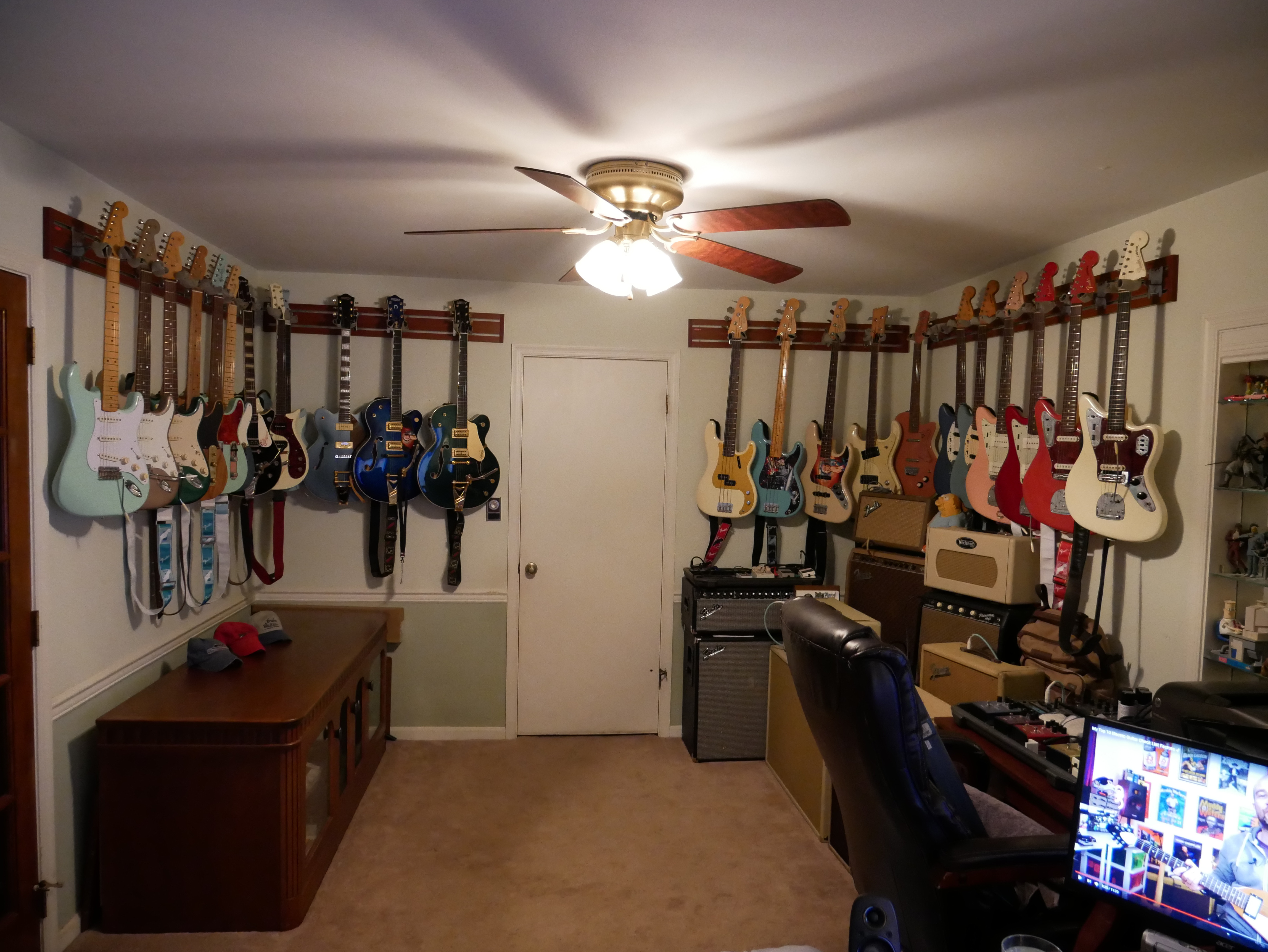 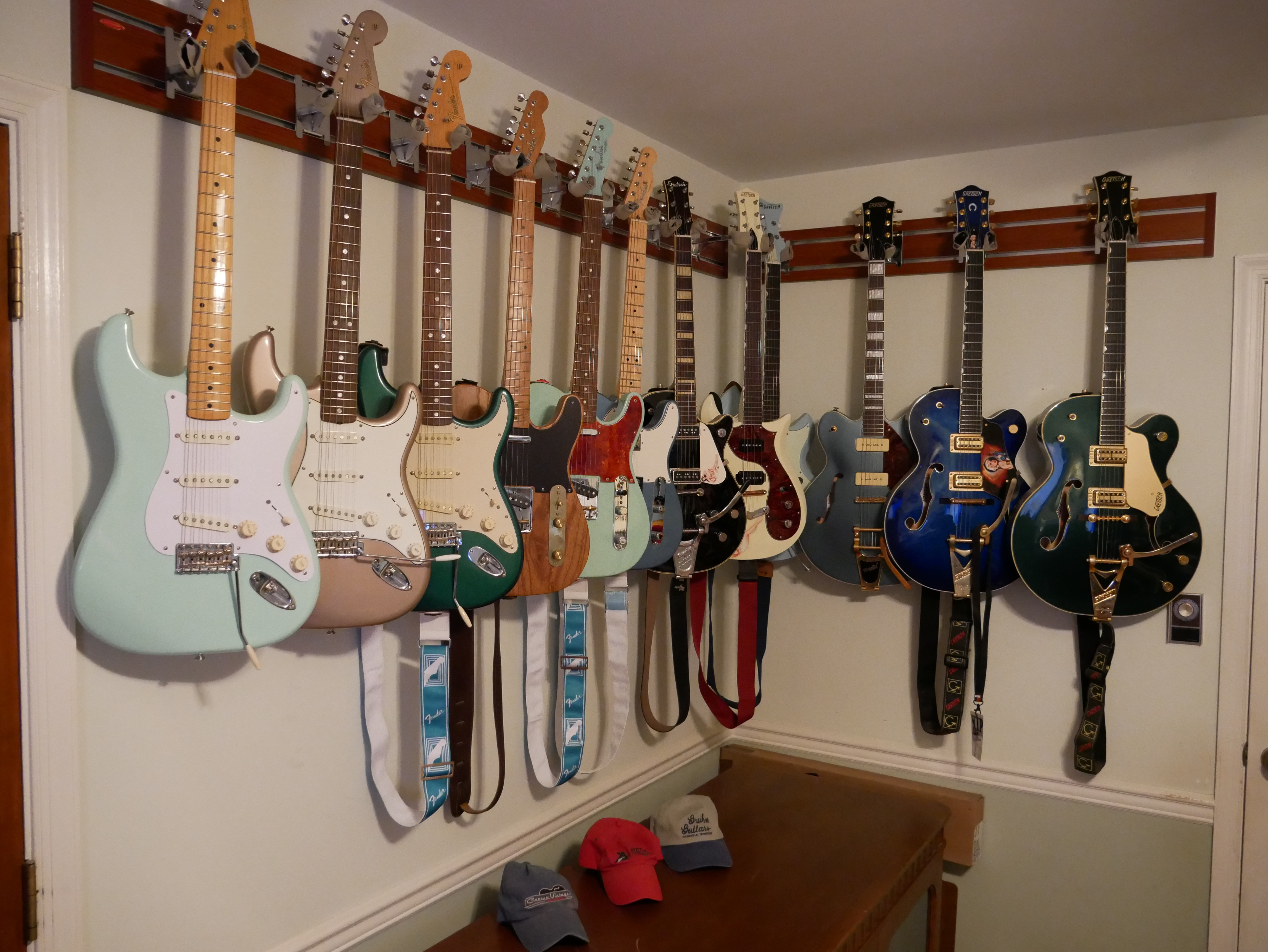 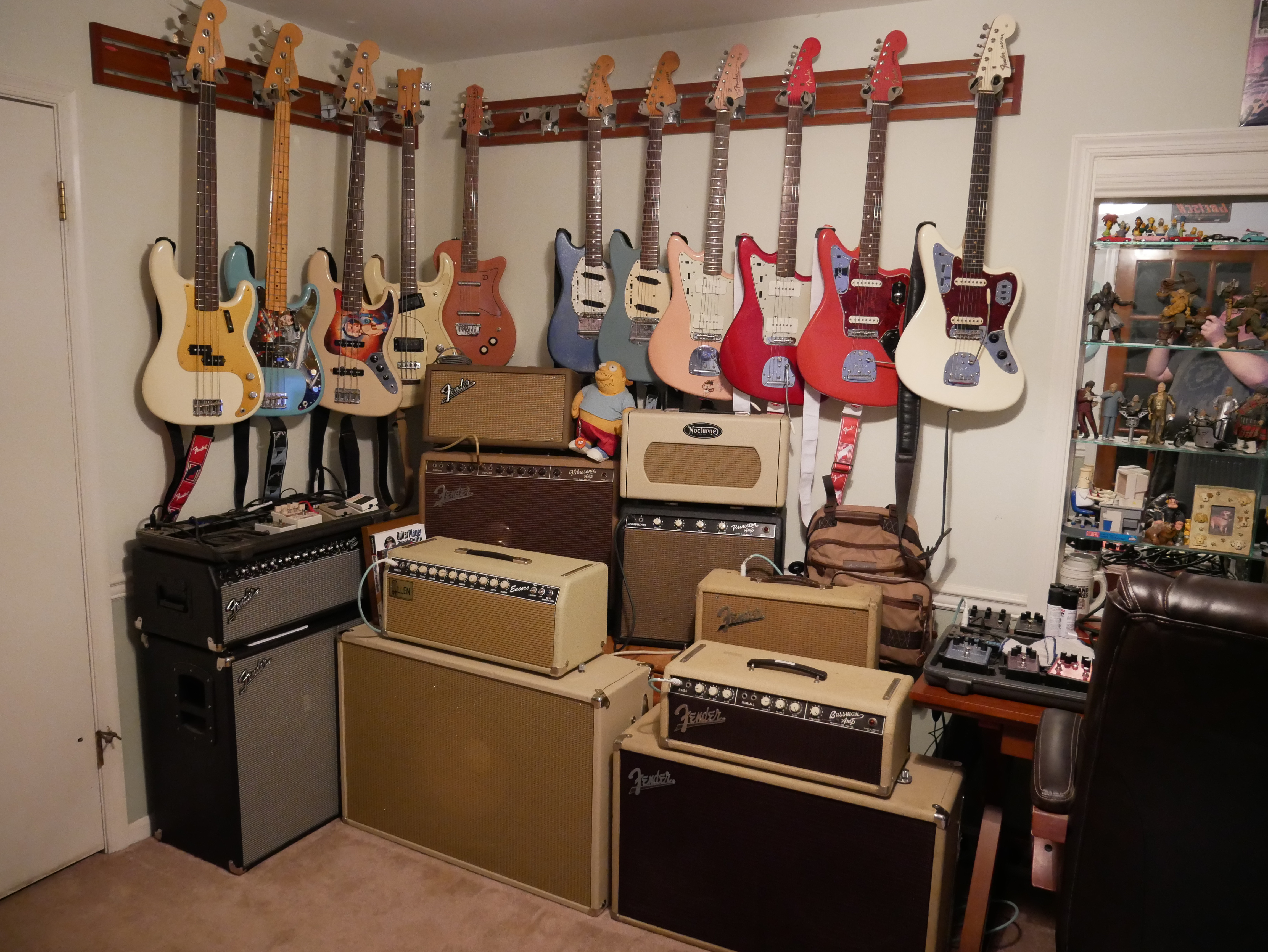 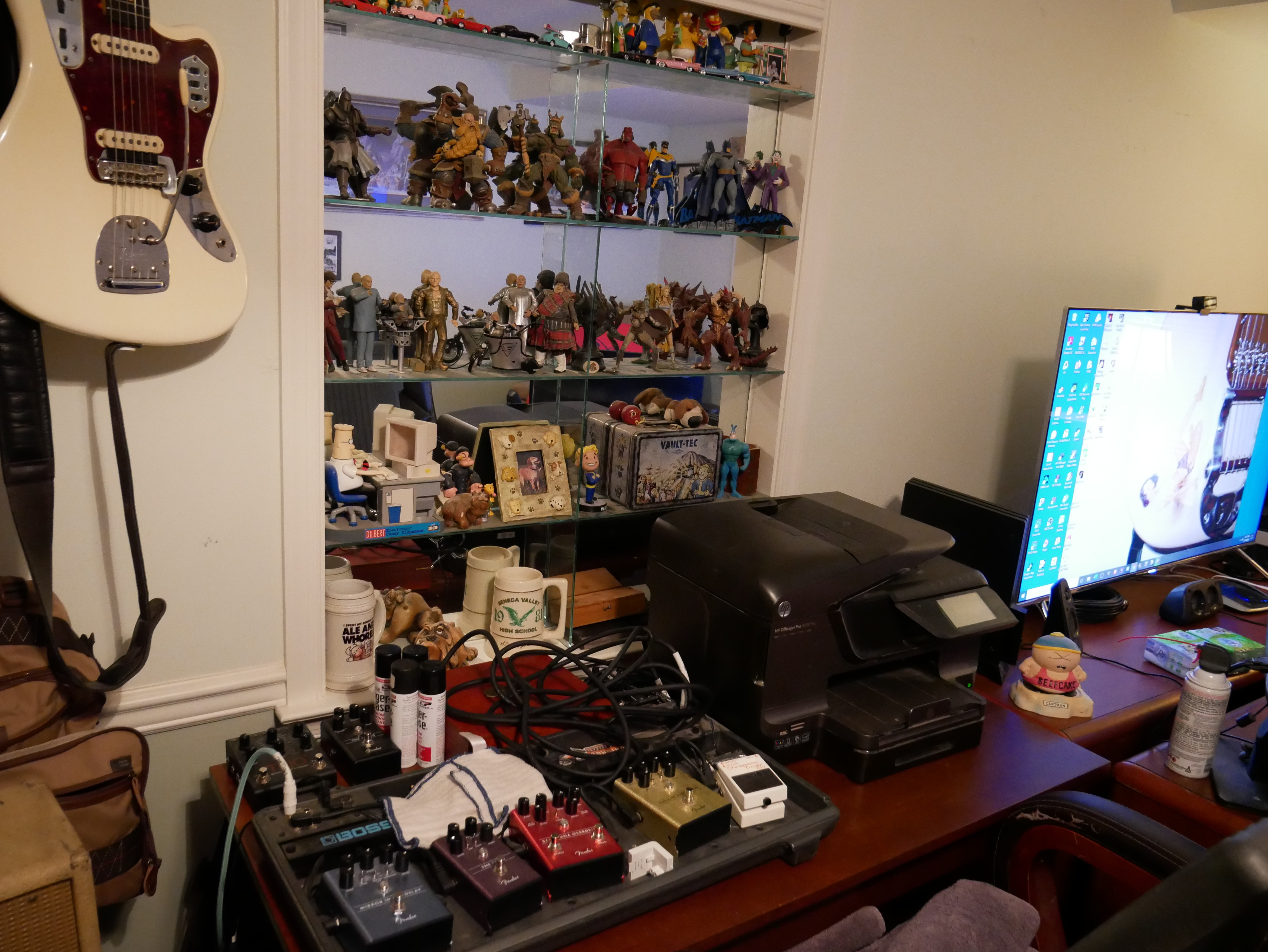 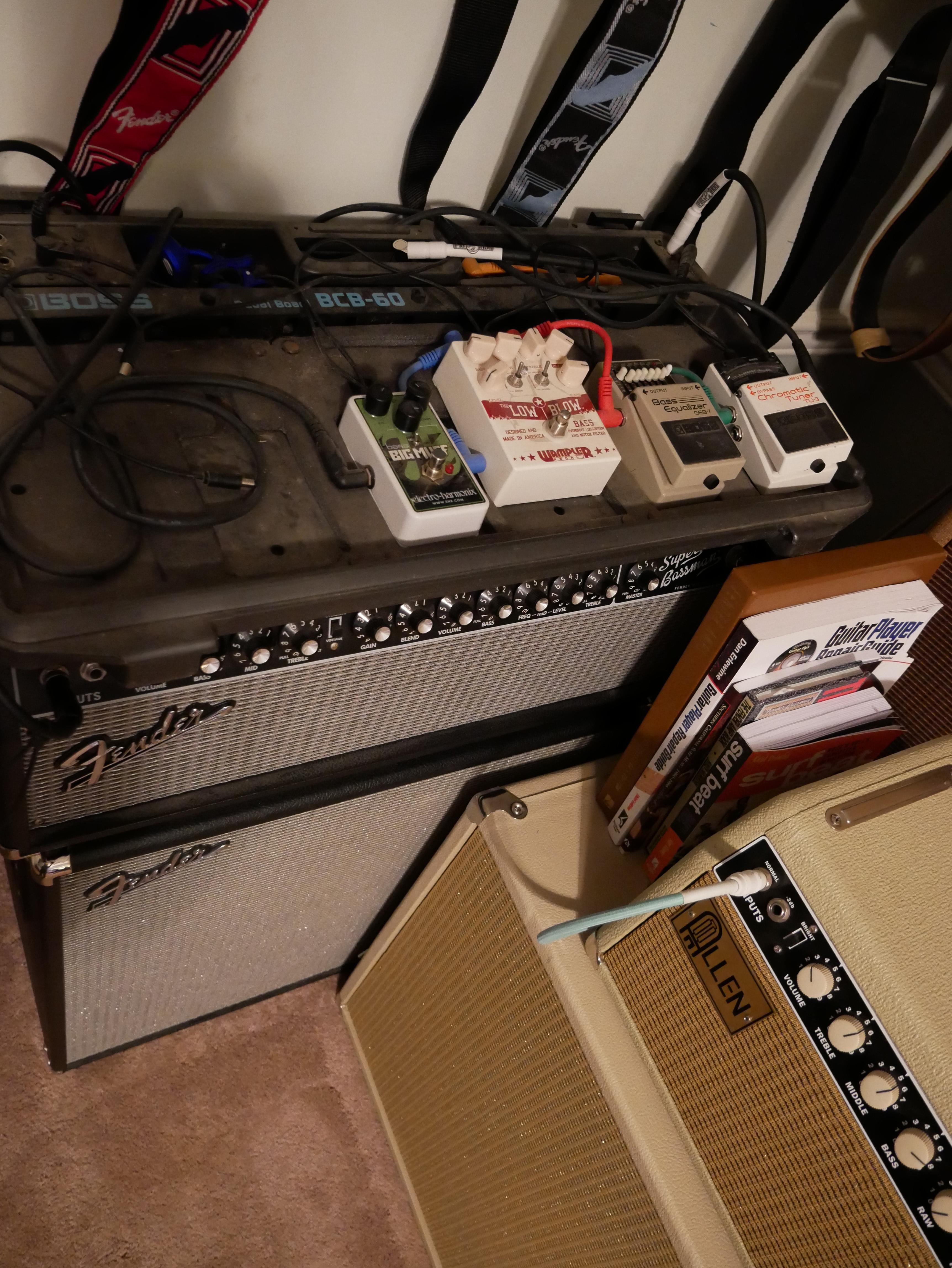 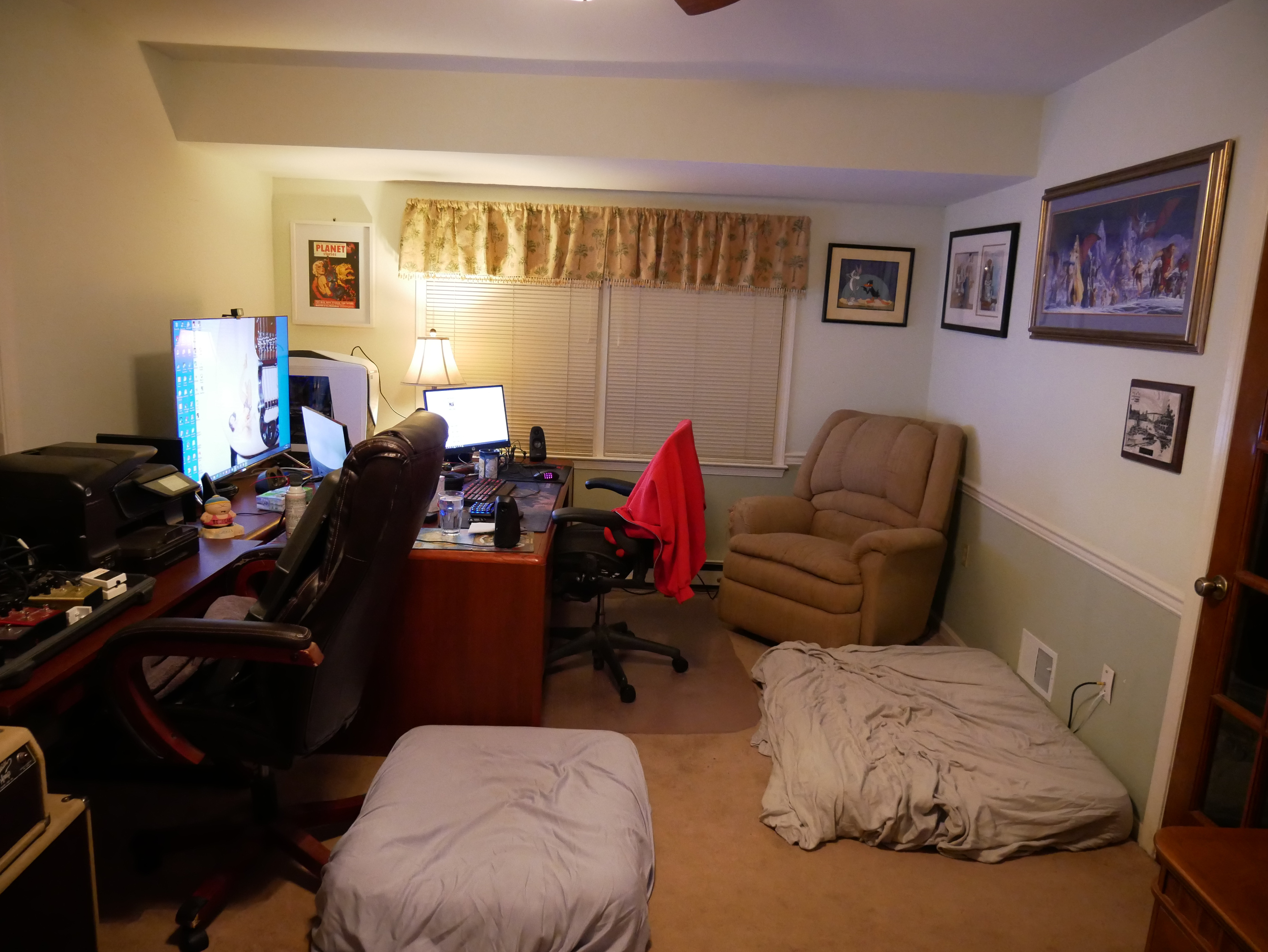 The rest of the home office/studio, with orthopedic dog beds and recliner for chilling out to play pc and PS4 games...

Your room is nicer.

Nice thing about doing a project like this is that you find things you thought were lost.

I won't lie - there was a lot of purging of unnecessary stuff. Best improvement is now it's so much easier to get rid of dust!

Nice! I've been telling myself to do this for a year. I guess I'm next.

She’s doing well, thanks - after Friday, she’ll have four more chemo sessions (1 per week). Then we hope and pray that her cancer is eradicated and she will be in remission.

Best to ya, Steve.

Thanks, DCBirdMan! It's all good - I'm fortunate to have an extremely forgiving wife (and that I had a lot of gear before I married her!). I've cut back severely last year and this year in regards to buying gear. I'm mostly selling gear when feasible.

I'd love a room like that, but anytime I leave guitars out of their cases for more'n a couple of days, I need to spend a considerable amount of time dusting them before I can play 'em!

Tell me what your secret dust-repellant mojo is? I'd really like to be able to hang my (somewhat smaller) collection like that.

Swiffer! Fast dusting. Truth be told, with 5 dogs, we do our darndest to keep the house dust/hair-free, but it's an ongoing battle. We have the largest air filtration machine that helps a lot, too.

This is my most vulnerable time for spring allergies and I'm super sensitive to dust. I've discovered the baseboard heater that was installed in the office by the previous owners is better left off since it seems to poke up the dust when I'm at my desk, causing sneezing fits (like, 10 sneezes per fit). We do vacuum on top and inside the baseboard weekly - it just gathers that much dust in a week.

I had our heating/furnace folks install a proper vent to allow in heat/AC this year. It should bring much needed relief this summer when wanting to have an amp on while my pc is also running.

I had our heating/furnace folks install a proper vent to allow in heat/AC this year. It should bring much needed relief this summer when wanting to have an amp on while my pc is also running.

I wanted to create a safe microenvironment in my room (where all my stuff is), and I've read a lot about air conditioners and heaters. Cause I really want my room to be cold in summer ond warm in winter. Apperently, this is quite a tough issue, huh I wanted to by a baseboard heater (something like those ones), but my friend from a local music shop told me this ain't good idea. Probably he's right, last time I had a harsh 'inroom weather' change, I got my bass neck crooked