Just in from Chicago Music Exchange 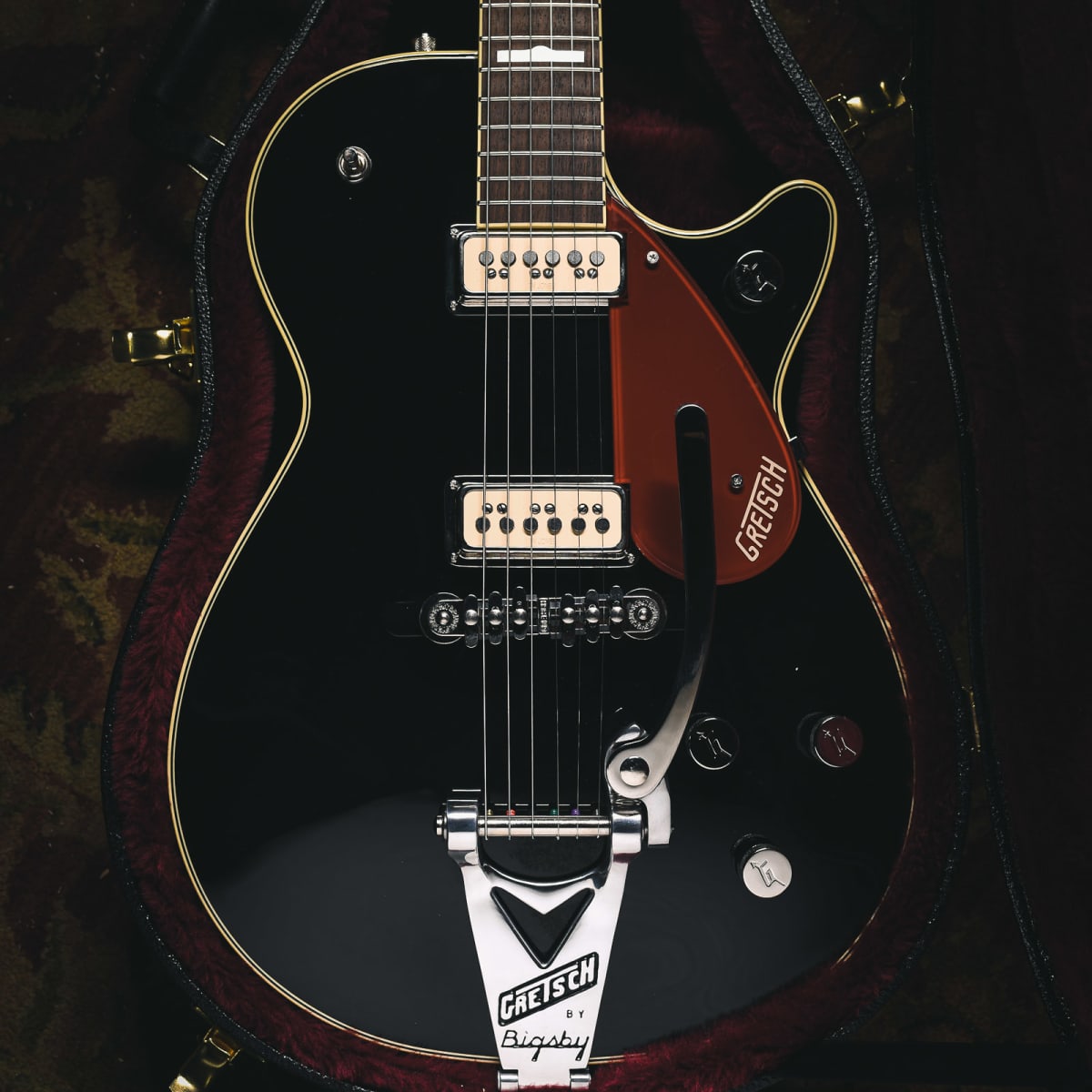 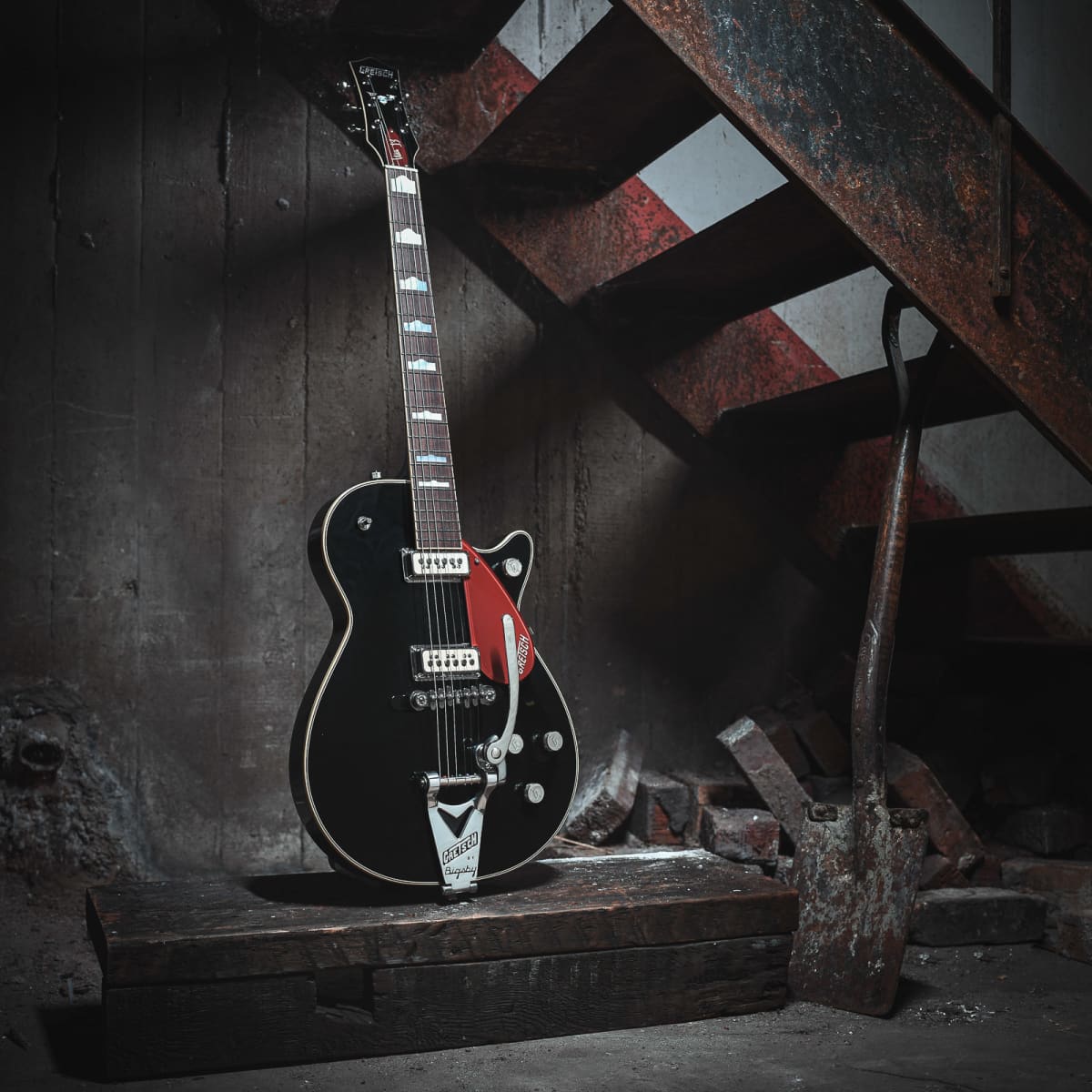 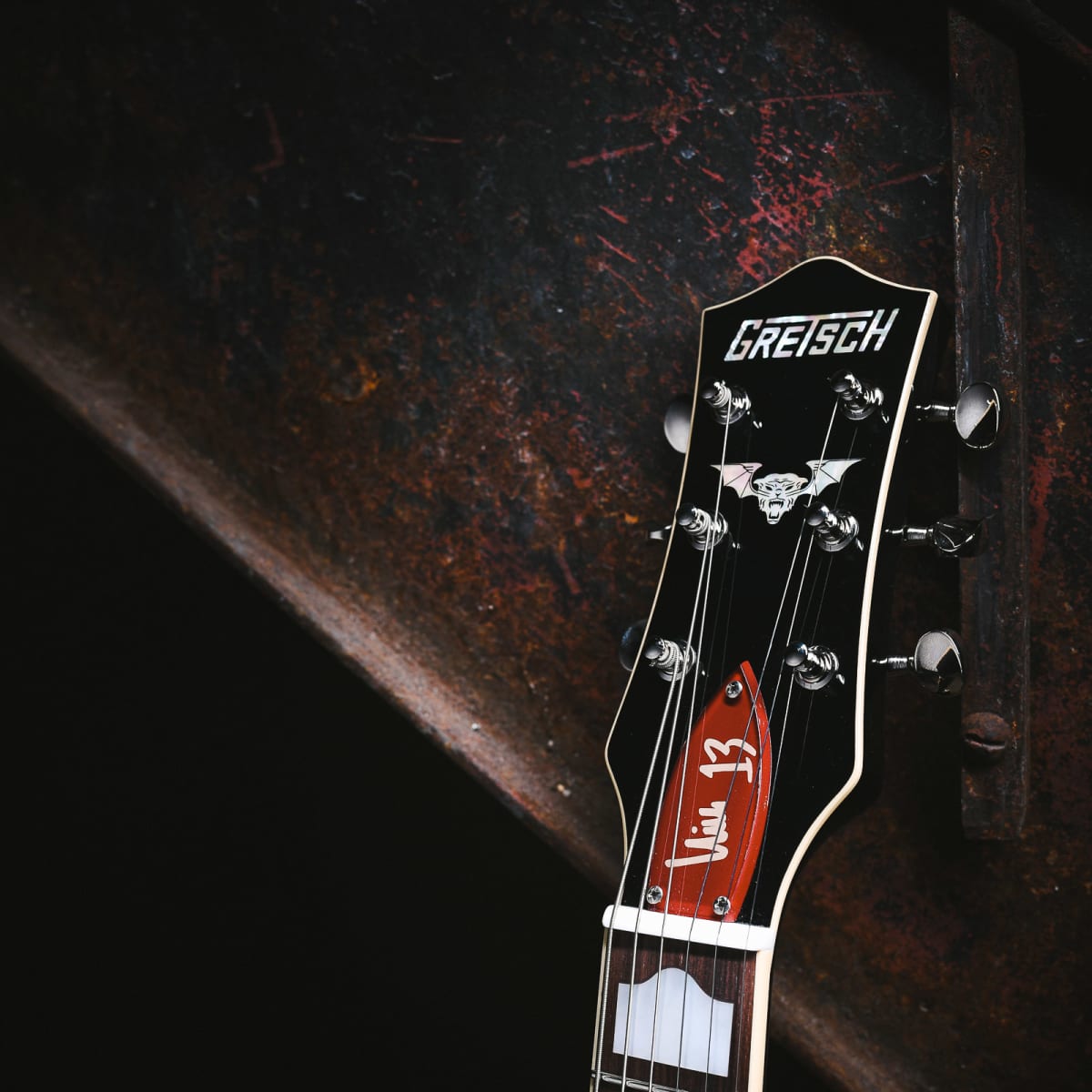 THAT'S what I'd like to see more of. Classic styling, no stupid kiddie colours...reminds me of the days when things were cool. Gretsch Hot Rods, pawn shop amp series, Bo Diddley tributes, rumours of Gretsch/valco style amps, Excelsior amps.....it's not all about check shirts and beards. We'll still be here rockin when the hipsters are long gone. Sorry, I had a few rums tonite

cool guitar, but why would anyone have those giant thumbscrews on a melita if you can have the flat screws instead?

I dig it. As superficial as it sounds I really like the red accents.

The board looks more like rosewood to me - and it probably should be.

The board looks more like rosewood to me - and it probably should be.

According to a rep from CME, the prototype (in the pictures above) was made with rosewood but the actual run will be ebony.

I'd take one. But the headstock Inlay is too creepy for me

I'm not the biggest Tiger Army or Dynasonic fan but this is a well deserved signature model. Looks cool and it's not even rediculously overpriced.

Oh that is sweet! Just needs a Tru-Arc.

It's taking all of my willpower to NOT order this. If it had a v shaped neck I think that would sway me. I've been a Tiger Army fan from the beginning and love Nick's country album as well. Goddamn this is a nice looking guitar.

It's about time, I asked the question years ago when this hell cat was going to get a signature model, and I was thinking a Jumbo Rancher when he was doing his solo, Americana roots music, but this guitar is way more fitting. Congratulations Nick!

It does look great

Head stock art is a bit much. The rest is very cool. Maybe a stock truss cover would simmer it down.. I dig the tiger bat but kinda corn ball on a guitar. Should have tiger on the removable cover...I’m a big fan of Nick and T⚡️A

if you're going to have a bat inlay on the headstock, that's about as tastefully done as you could possibly expect.

Not working for me.

FYI... Please know the NICK 13 Duo Jet will also include a blank red truss rod cover with NO signature.

The ID of the tribute is subtle enough, it seems mainly down to the colour scheme and I reckon you can't go wrong with black, red n cream. Classic

I like the guitar, would want both TRCs, and, although I get it, would consider covering up the bat with something like the plain black strip that some people have over the word “Electromatic “. Just like the Monkees guitar or the Irish Falcon, it would be a mistake to at least not have all of the identifying features that help make the guitar stand out.