Here are my Gretsch G3700 Sierras-Electric/Acoustics, the 6 and the 12-strings. Gretsch acoustics don't seem to get much love here, but I like mine just fine.

I did not like the "bean-shaped" pickguards, so I made my own. 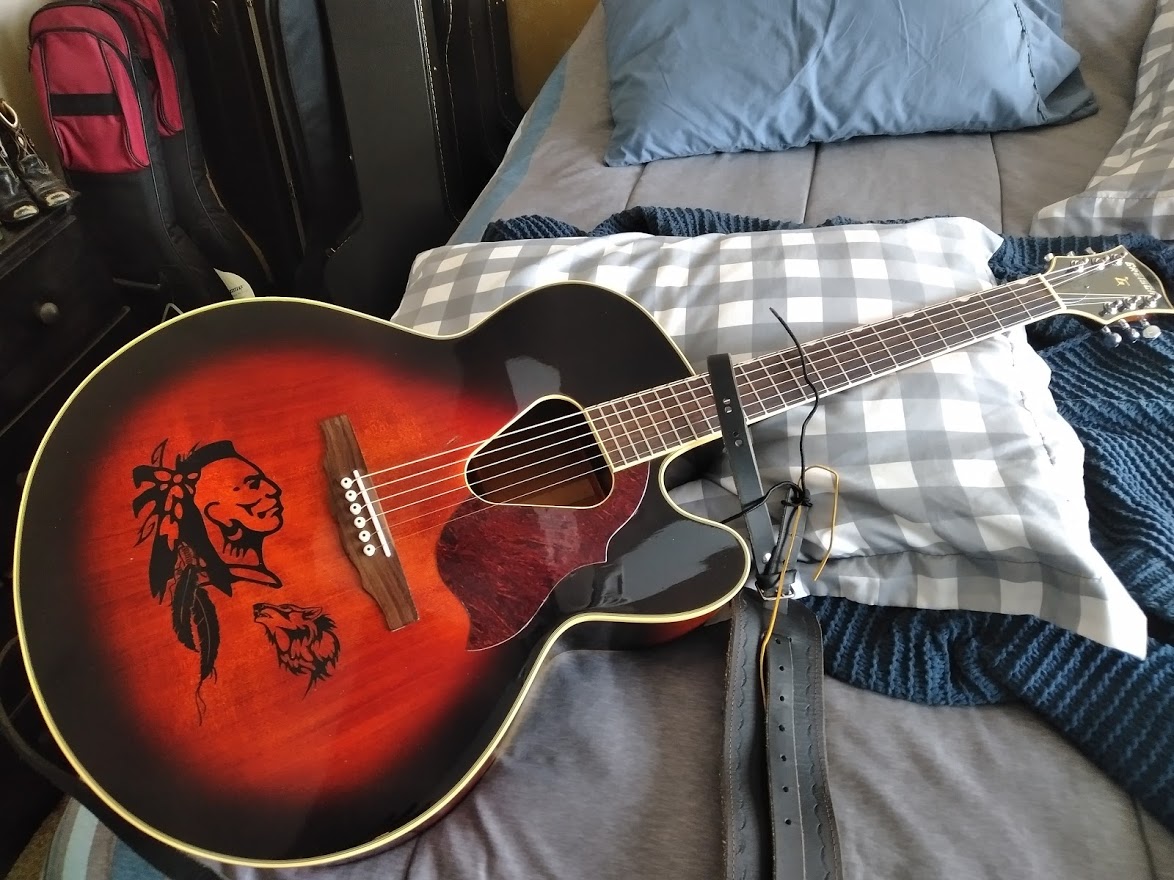 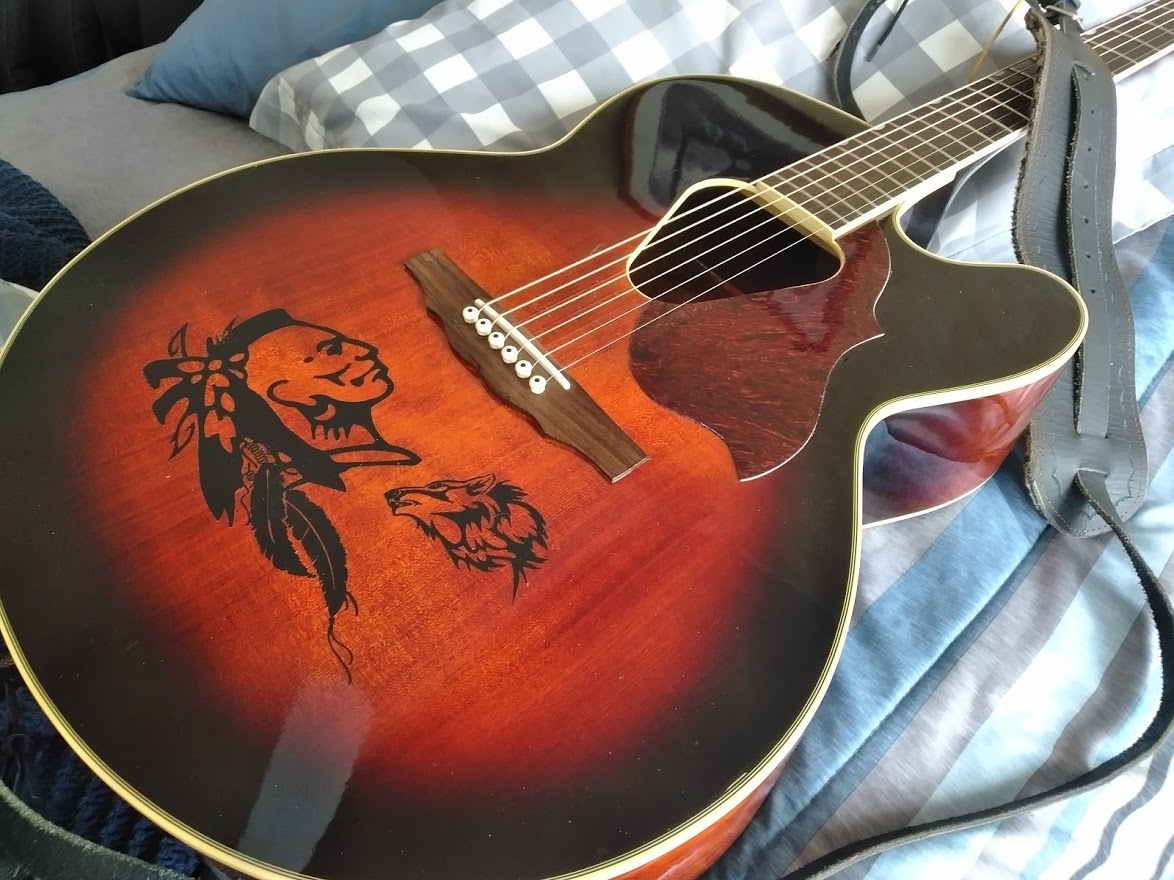 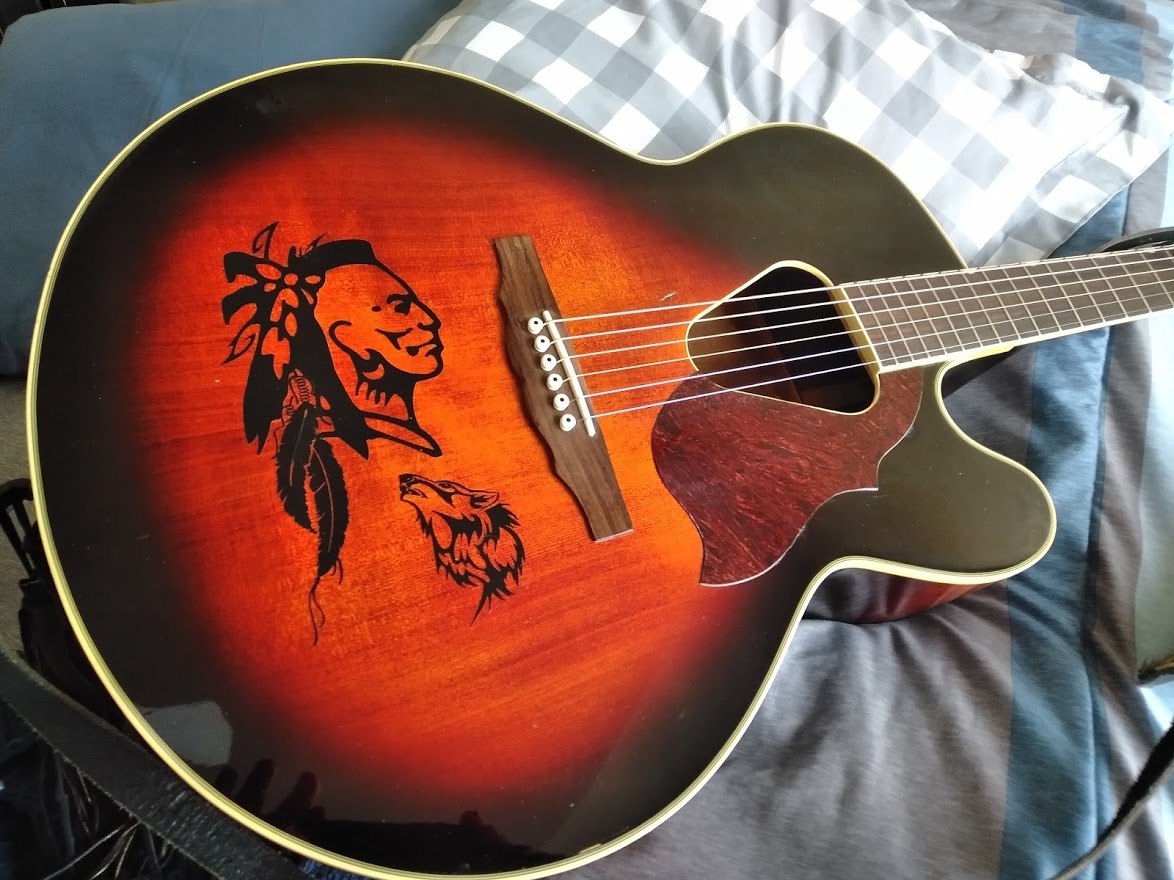 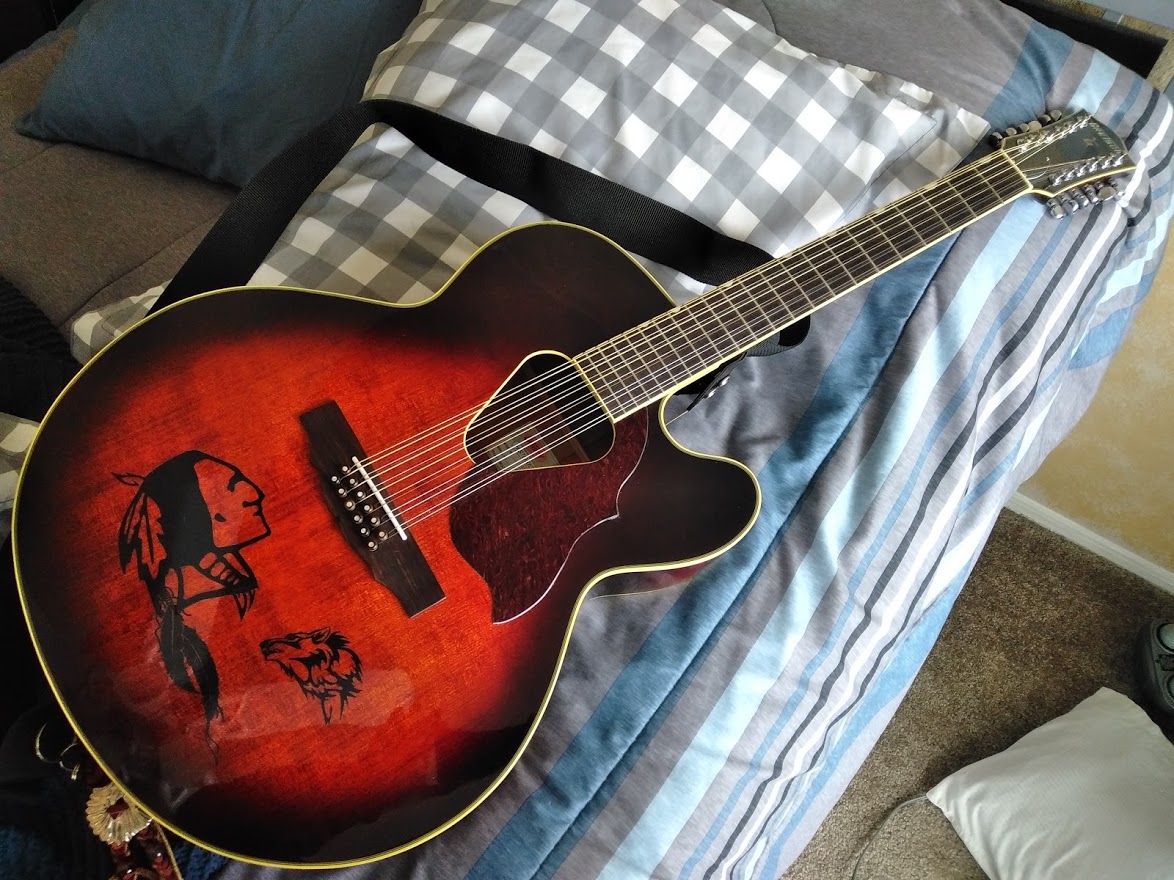 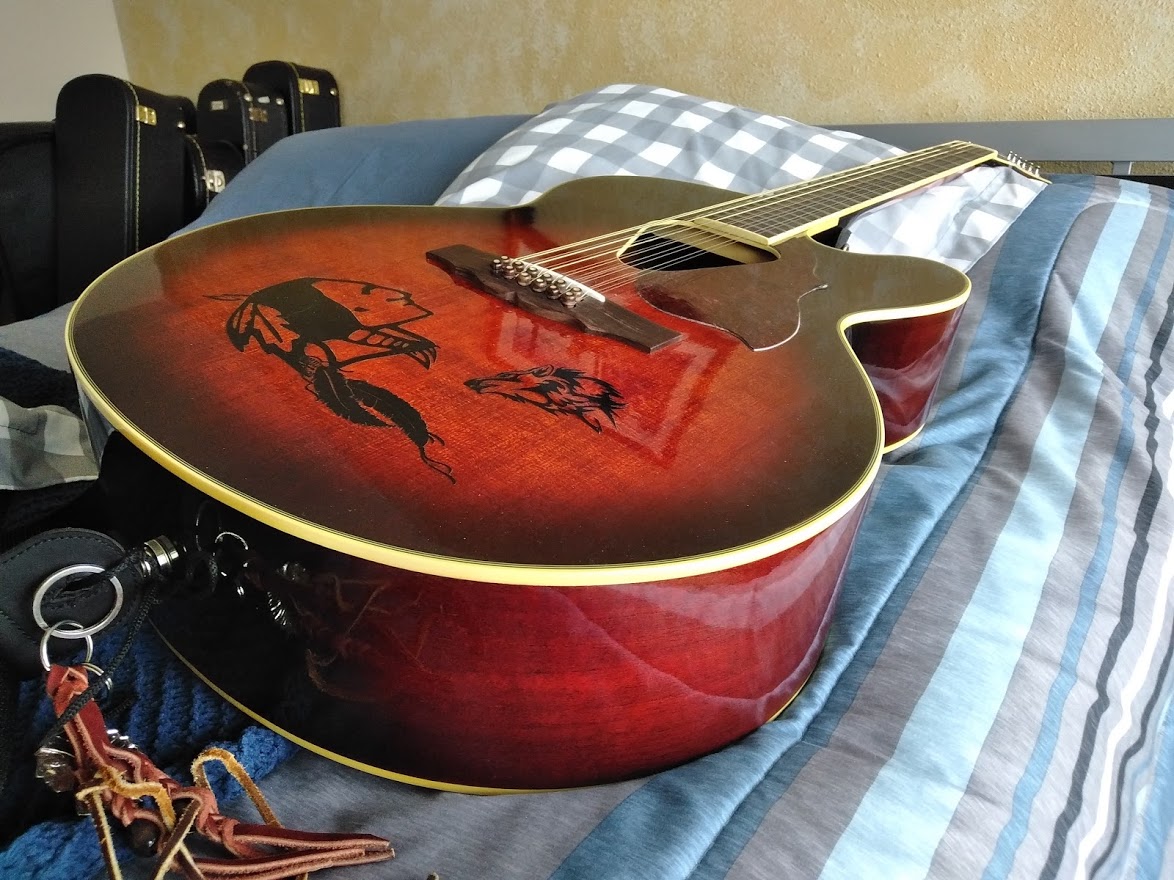 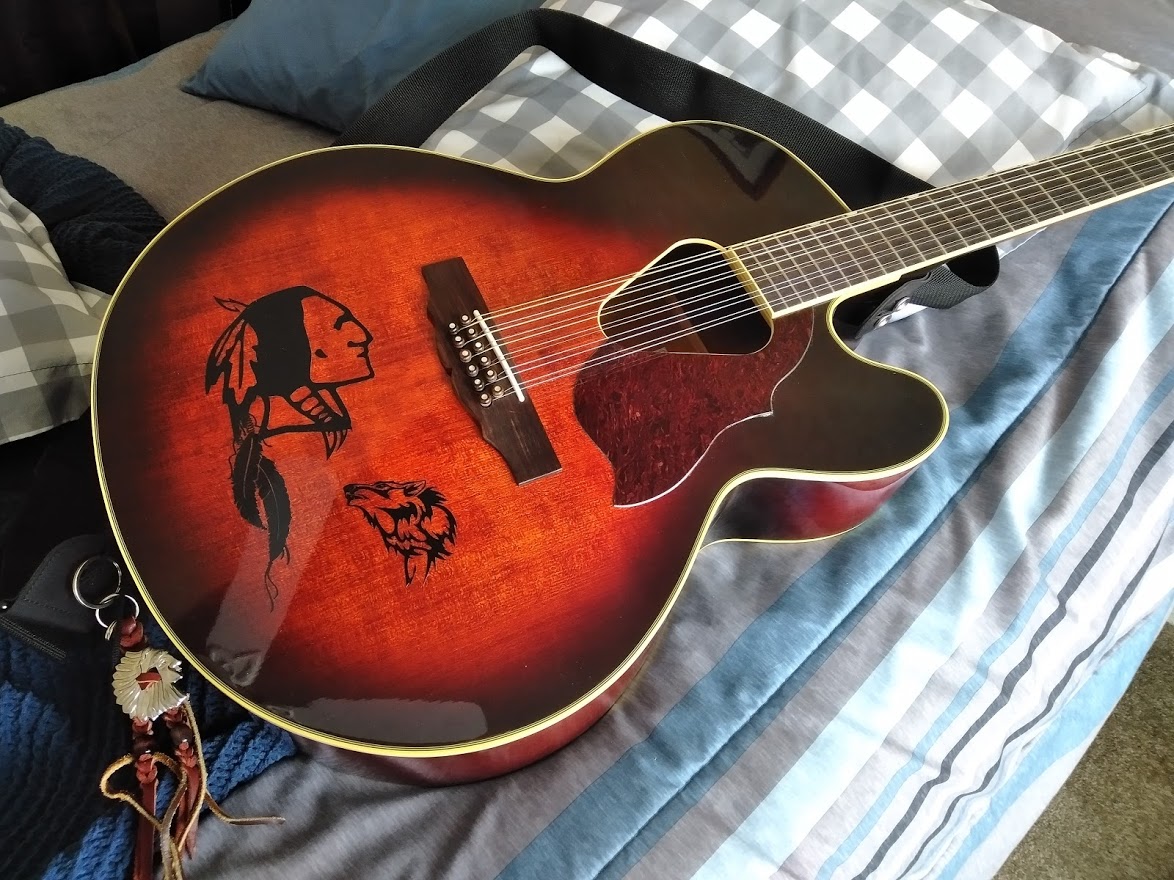 Very nice. Are those watermark film?

These are photos off my mobile phone loaded to Imgur.com.

I learned recently that if you load pictures to a platform, you can direct link/paste them directly in your post, and they will appear.

I read a few times that some Gretsch players don't care for Gretsch acoustics. They prefer their Martins and Taylors, but these suit me just fine!

Hot Rod Walt and a few others would disagree. I love the Gretsch acoustics. Karolyn has one of the Orchestra models and it's wonderful. I'd love to have a jumbo Rancher.

I was actually asking about the stickers.

They are simply stickers off eBay.

I love my Gretsch acoustics.

This one is one of my primary gigging instruments. I've played more gigs with this one than with all my other Gretsch guitars combined. 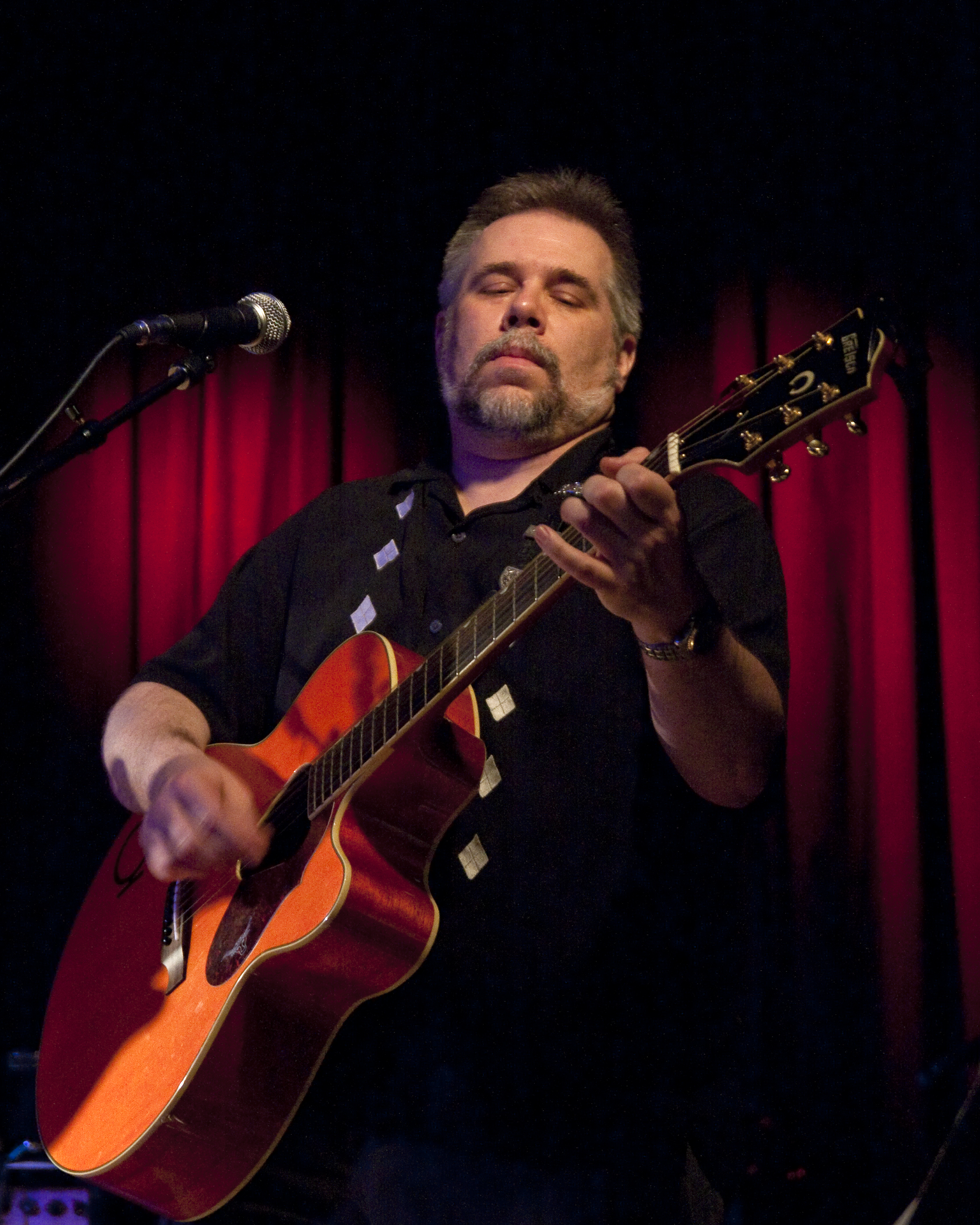 I love my Gretsch acoustics.

This one is one of my primary gigging instruments. I've played more gigs with this one than with all my other Gretsch guitars combined.

How 'bout your pretty Synchro?

How 'bout your pretty Synchro?

I usually don't gig with it, except for unplugged acoustic sessions and recording.

I hope I don't sound ignorant. I'm from western new york. Is that a Mohawk and Wolf? Representing the Iroquois?

My daughter has a 5022 White Falcon Rancher. I play it more than she does. I don’t have much experience with acoustic guitars but like the neck and think that it sounds fine.

My lovely black Rancher Falcon sounds quite nice through a PA IMO but I can’t record with it, sadly, because it has a few dead notes.

On the other hand, my Roots Style O is high-strung and it’s irreplaceable in my world.

Mr. 1965, The stickers are just Indian men/logos I bought of ebay. My dad's side is Indian, Apache, and the stickers I chose were because I thought they looked cool, and not for any specific tribe. For the longest time I had a "don't deface my guitars" mentality, but I realized they are just "tools," not idols. Therefore, I have no problem altering a bit, or worrying about scratches and nicks.

The orange Rancher looks killer Mr. Phantom, and the black ones are nice as well.