Hi folks. Trying to learn exactly, physically what this process is and is suppose to do. Online forays aren't answering the question.

First off I have to assume this refers to necks with no binding because binding is rounded off anyway. If it means rounding off the corner edges of the fretboard between frets to take away the sharp feeling I don't understand why that's important?? If it includes chamfering the fret ends then it's doubly dumb. On the bass side, unless you fret with your thumb as I do, your fingers don't even touch the outer edge.

My only guitar without neck binding is a Gibson Country Gent and so the ebony fretboard extends right to the edge. It has the sharp edge knocked off but nothing I'd consider "rolled" as that to me implies taking a fair bit off the corner, which for me would be a really dumb thing to do

What say you all? What is it and did you do it/have it done and if so why? Cheers

Good timing, I was just getting neck picks for another thread.

How to do it: There are a few processes. I'm not the one to answer that part. Maybe someone else can chime in?

What it's supposed to do: It makes the neck easier to play. Simple as that, really.

It can absolutely be done to bound necks and definitely makes a difference. The edge of the fretboard is rounded off and the frets are dressed to match. It shouldn't take off enough to remove the usable area. In fact, it's a matter of millimeters.

The biggest difference is when you're playing thumb over. On a non-rolled edge your thumb knuckle has to break right on the edge of the board. On a rolled edge the breakpoint is moved back to about where the side dots are. Then your thumb "pad" (or whatever that's called) rests easier over the string. Partly comfort, but also partly a better contact area that feels more accurate -- thus easier to play. It works best when the neck shape was designed this way and not when it's added (removed?) after.

Non-rolled edge pic here. It's not a hard edge, but notice where the break point is.

And a rolled edge here. Notice it breaks further back away from the ebony.

Edit: The lighting makes it look like a harder edge than it really is. Neck pics are tough.

Thanks, but there's rounded off and rounded off, where you lose total fingerboard width and a few millimeters is a lot. Most players - those not playing fingerstyle and using their thumb to fret couldn't tell on the bass side whether the edge is rounded off to any degree as their hand doesn't touch it, right? So again I ask, how does rounding off, particularly the pic showing it done down to the top of the dots become more comfortable? It's a moot point to me.

BTW, my thumb never has to come far enough over so the knuckle bend is anywhere near the corner of the fretboard, bound or otherwise. The fleshy part of my thumb does the job nicely as I don't wrap around so far as trying to fret the 5th string as well. I have all my nuts cut so that the low E string is further outboard than on any factory [cut nut] guitar, just for this reason. I don't have to roll my wrist to grab that E string.

As for the high E string side of the neck, how is just breaking the edge of the fretboard, bound or not, not comfortable enough to play?

I’m not sure what you’re angling at here. Sounds like your playing style isn’t suited for rolled edges, so... don’t play them? It’s just a different neck design.

I’m not sure what you’re angling at here. Sounds like your playing style isn’t suited for rolled edges, so... don’t play them?

Amen. Rolled edges definitely make a difference - and they're one of the subtle things that gradually results from playing a guitar over decades, part of the "played in" feel vintage (and expensive custom shop) guitars often have.

I realize some players use some classically derived technique where the thumb is planted in the center of the back of the neck, and the web of the hand between thumb and fingers is never supposed to touch the neck.

Others apparently have big hands and don't need to tuck their hands in close to the neck.

I have small hands, and if I couldn't cuddle right up to the neck with the web of my hand, I couldn't play at all. In fact, I very rarely try to fret a note with my thumb reaching over, because I just won't stretch that far.

A rounded over fretboard feels great to me, and makes a difference in how easily and comfortably I can get around the neck.

I’m not sure what you’re angling at here. Sounds like your playing style isn’t suited for rolled edges, so... don’t play them? It’s just a different neck design.

Yes. It's a subtle but noticeable "feel" thing and is as individual as are peoples' individual hands. You don't lose any neck real estate in rolling the edges. It's why I usually prefer unbound necks to bound necks. But not always.

My custom shop Deluxe Telecaster has rounded fingerboard edges and I love it!!! 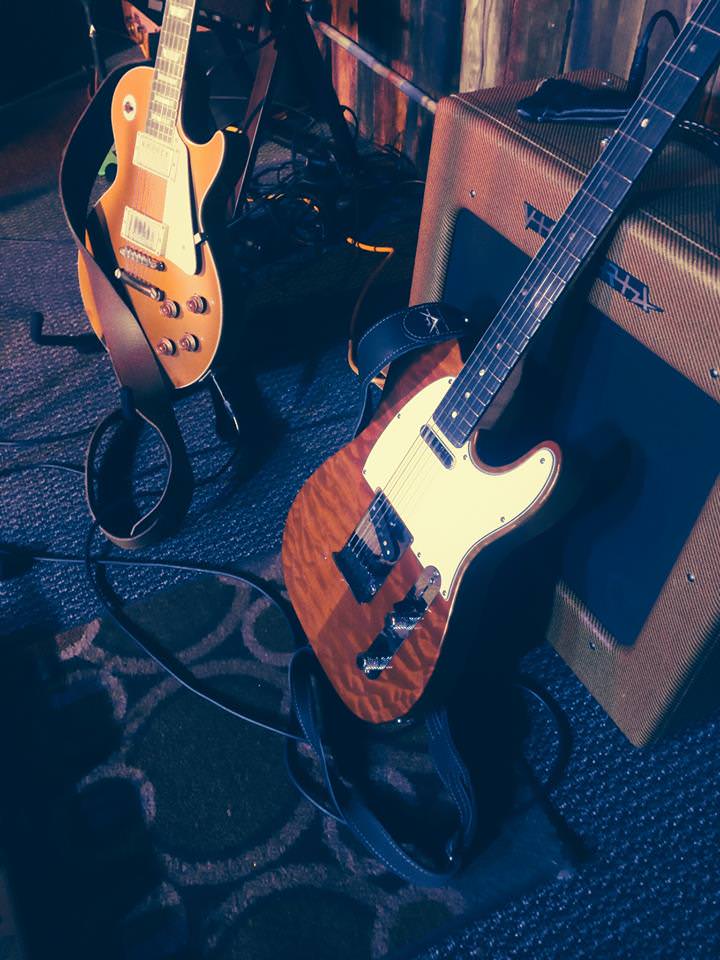