I used to have a Gretsch 6120DSW-1955, bought used back in 2010 for around $1500. I loved this guitar in all its kitschy western appointment glory and stock-equipped with Dynasonic pickups. I held on to it for about 2 years. 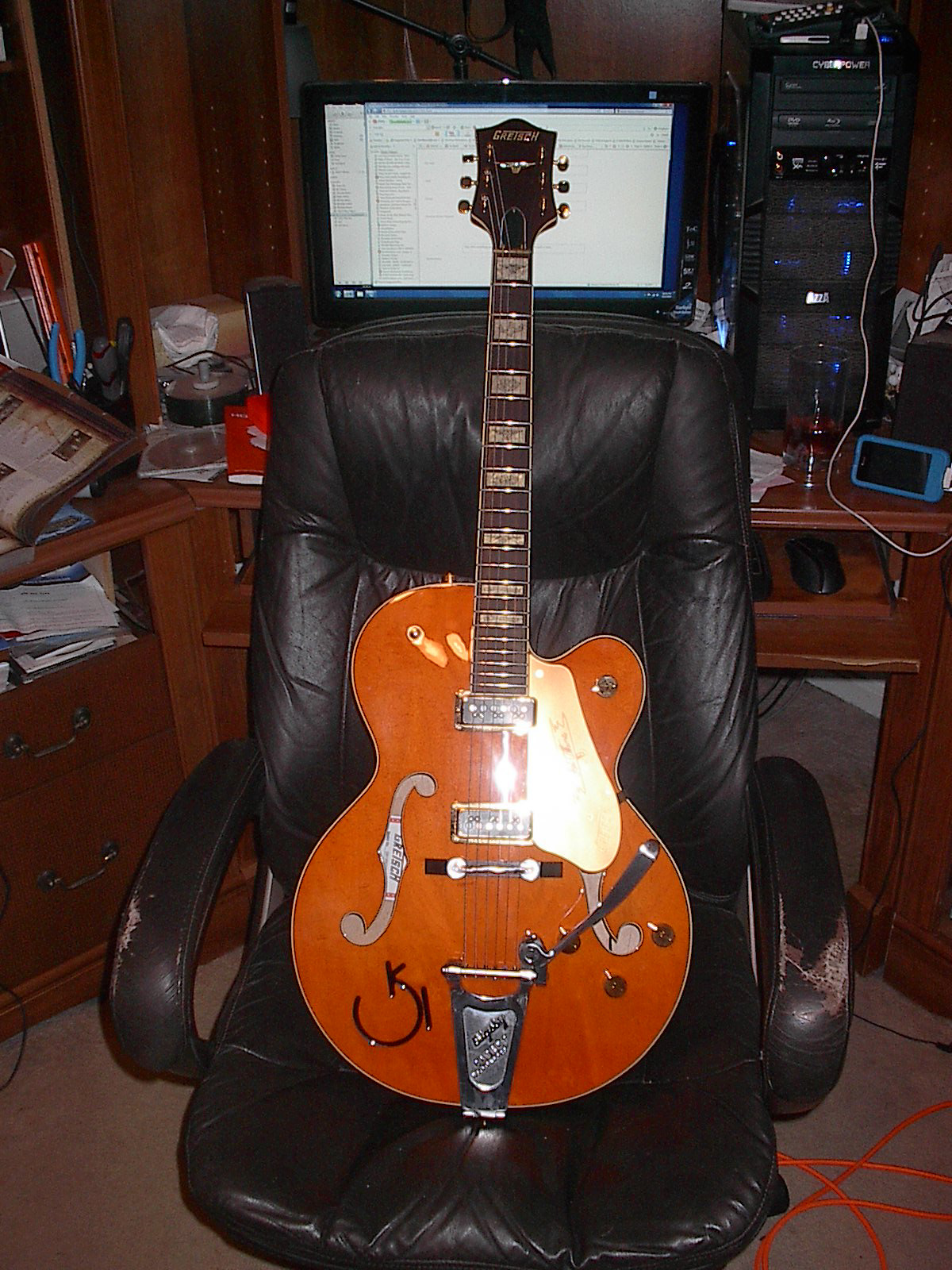 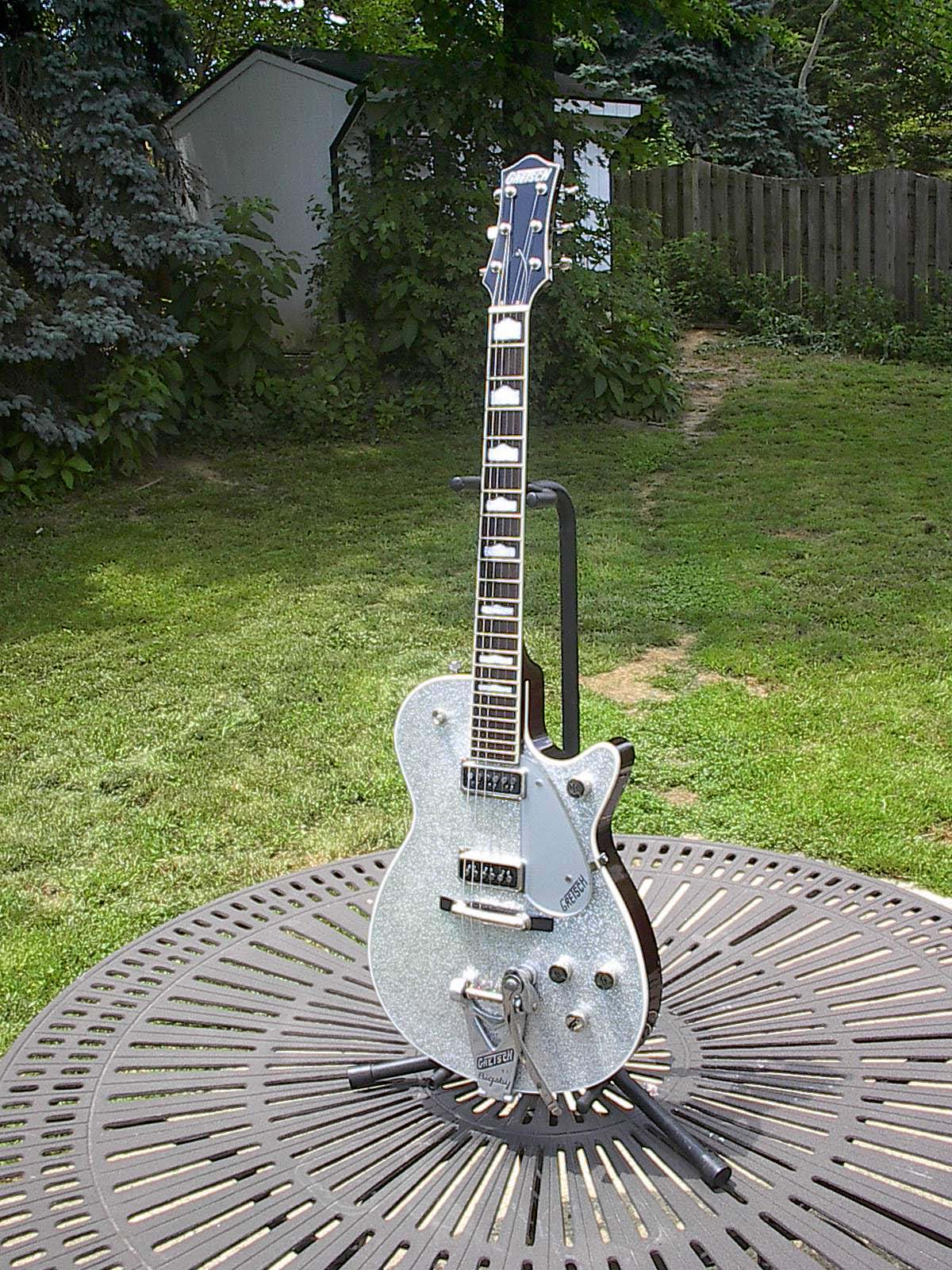 After a while, I moved it on as well.

Recently, I've had the itch to get another 6120DSW, either an older model or the newer Vintage Select model. These beauties now go for about $2k used and $3k new. Eek, says my inner-bargain hunter self.

Slight sidetrack but pertinent to the overall story/point of this post. Eventually, I sorted myself with my pro Gretsch guitars. I currently have my first pro model, the 6120BS, which covers my Filter'Trons need and a 6128T-53 Vintage Select '53 Duo Jet for the TV Jones T-Armond pickups. 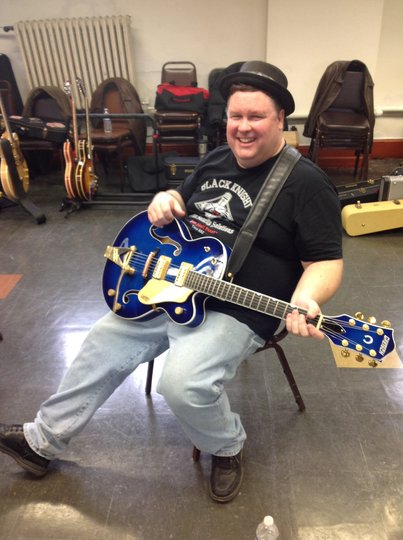 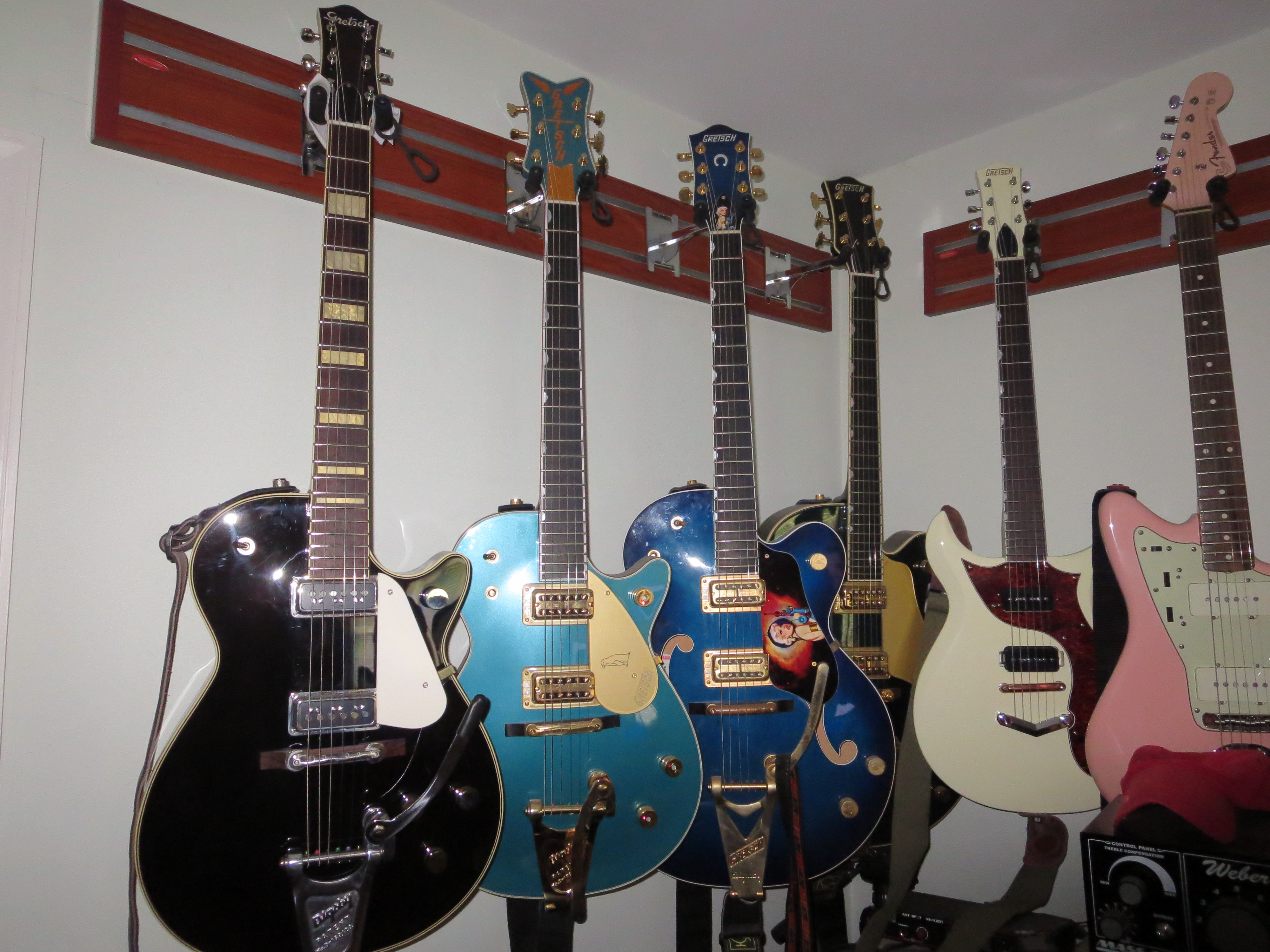 (Sorry, due to the need to pay down some debt, I sold the Penguin shown in-between the the Duo Jet and 6120BS...another regret story for another time lol).

As some of you know, I was pretty darn lucky to win a 6196T-59 Vintage Select '59 Country Club with TV Jones Classic pickups at the 2016 Nashville Roundup. Amazing guitar and I'm thankful every day to have won it. Love it! 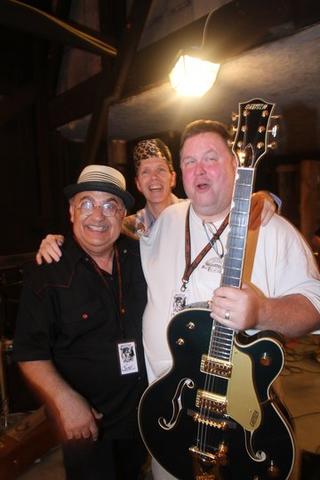 However, the Country Club posed a first world problem for me (at least, in my fickle mind). It sort of made my 6120BS redundant. I know, different body size, not the same pickups, etc. In any case, I tend to go for the Country Club more often and the 6120BS gathers dust.

In the past couple of years, I've had my friend/guitar tech, Keirn of Lucky Pick Guitars here in Maryland, installing sets of TV Jones pickups in my Gretsch solid body guitars - a set of T-Armonds in the Astro Jet and a set of T-90s in the CVT.

Since I can't really swing a new or used 6120DSW, I decided to swap out the 6120BS' Filter'Trons (that I'm sure I will find a use for, or put them back if I change my mind down the road) for a set of gold TV Jones T-Armonds.

They arrived this week along with TV Jones' helpful tube kit - surgery started yesterday. I prepped the 6120BS patient well enough per the watched how-to videos. I'm sorry, I don't have photos of the procedure as I was a bit nervous/stressed about not messing up one of my most beloved guitars.

I was a bit rusty with the soldering process, however. I didn't have the heat high enough; it was recommended to be set about 400. I also wasn't using the soldering tool correctly by using the pointed tip as opposed to the side of the tip. Maybe the 400 temp would have worked fine if I held the tool correctly.

I also panicked when I had the soldering tool in one hand, the solder wire in the other hand, the pot not secured, and I had no idea how to also hold the pickup ground wire in place. Yes, my order has been placed for a StewMac Solder Monster.

My soldering attempts were horrible and I felt it best to quit while I was behind. I called it a day to do some more research.

I found a couple great soldering videos on YouTube by DylanTalksTone that essentially addressed all that I was doing wrong.

Armed with the new knowledge, I cranked my solder tool temp up to it's max (490?) and followed Dylan's advice.

Before closing up the patient, I tested the pickups and they worked. Huzzah! 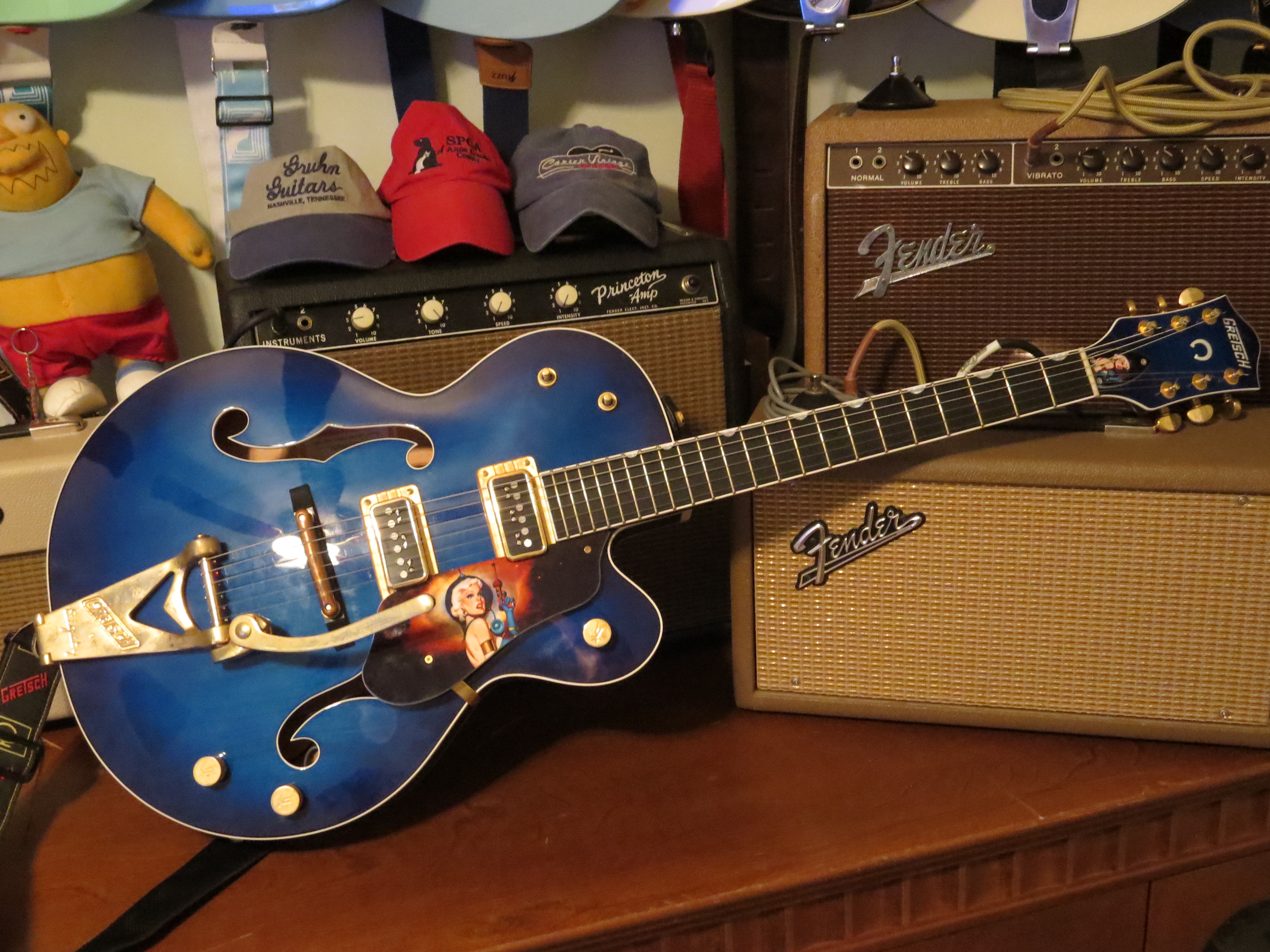 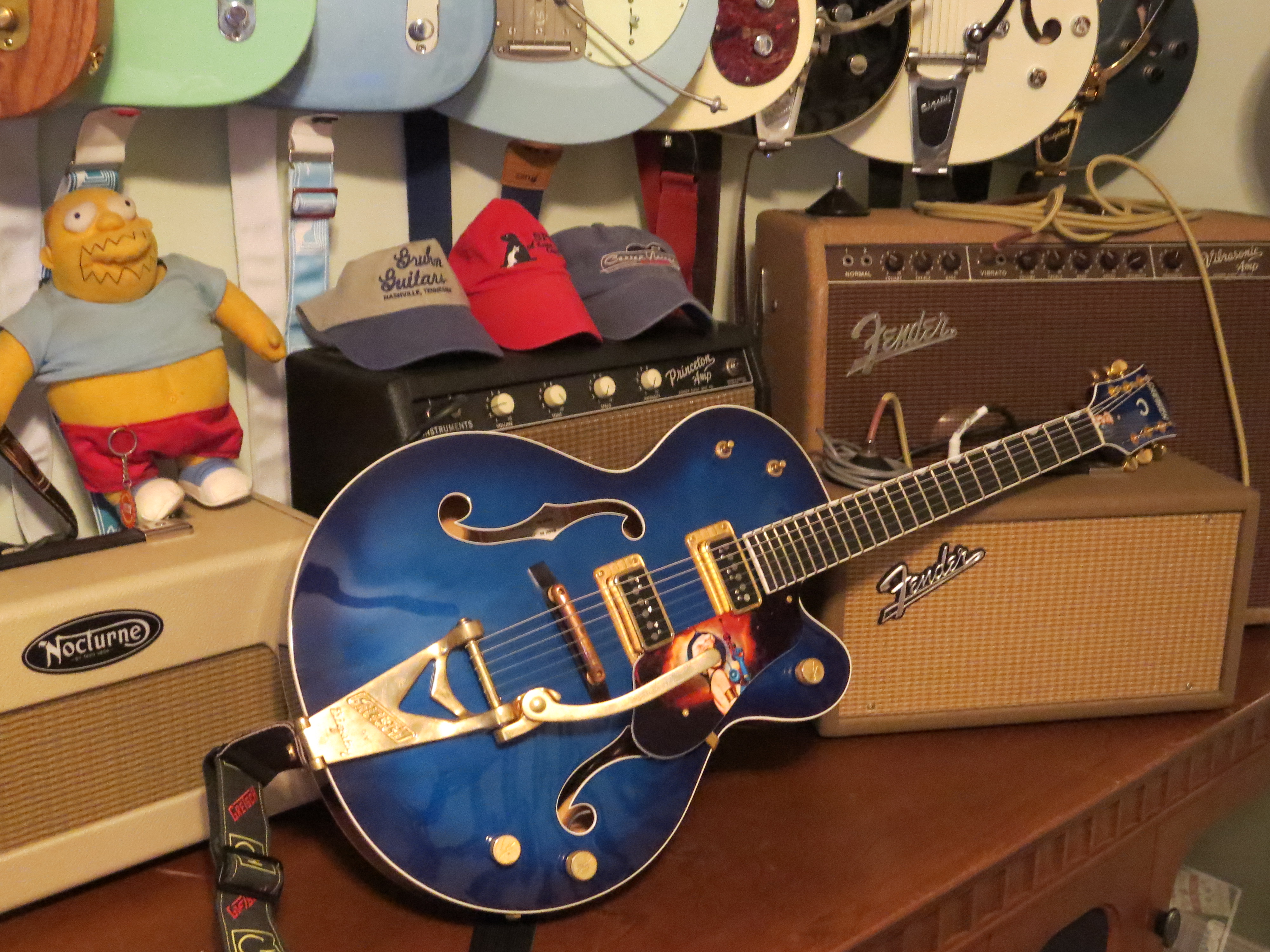 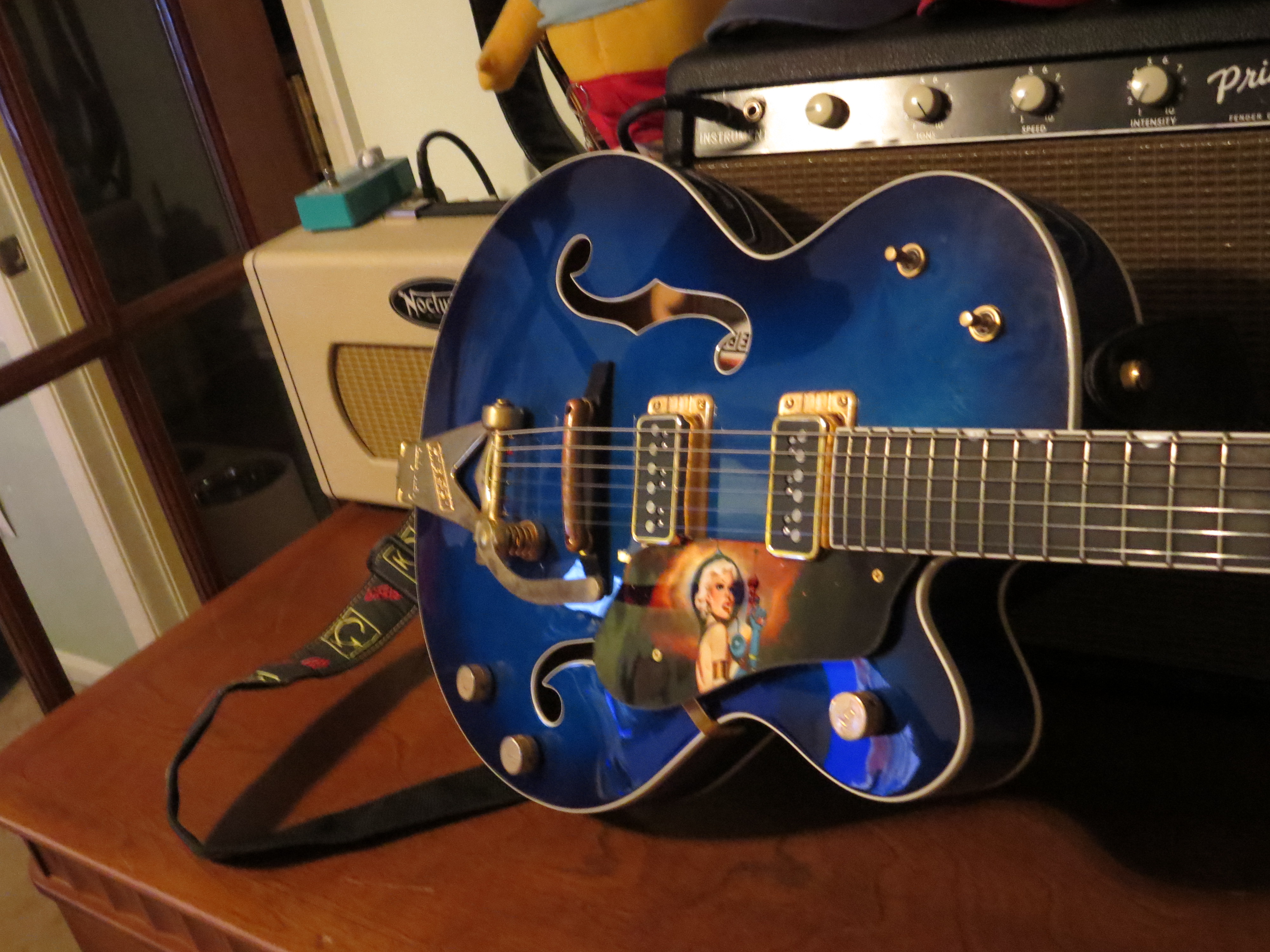 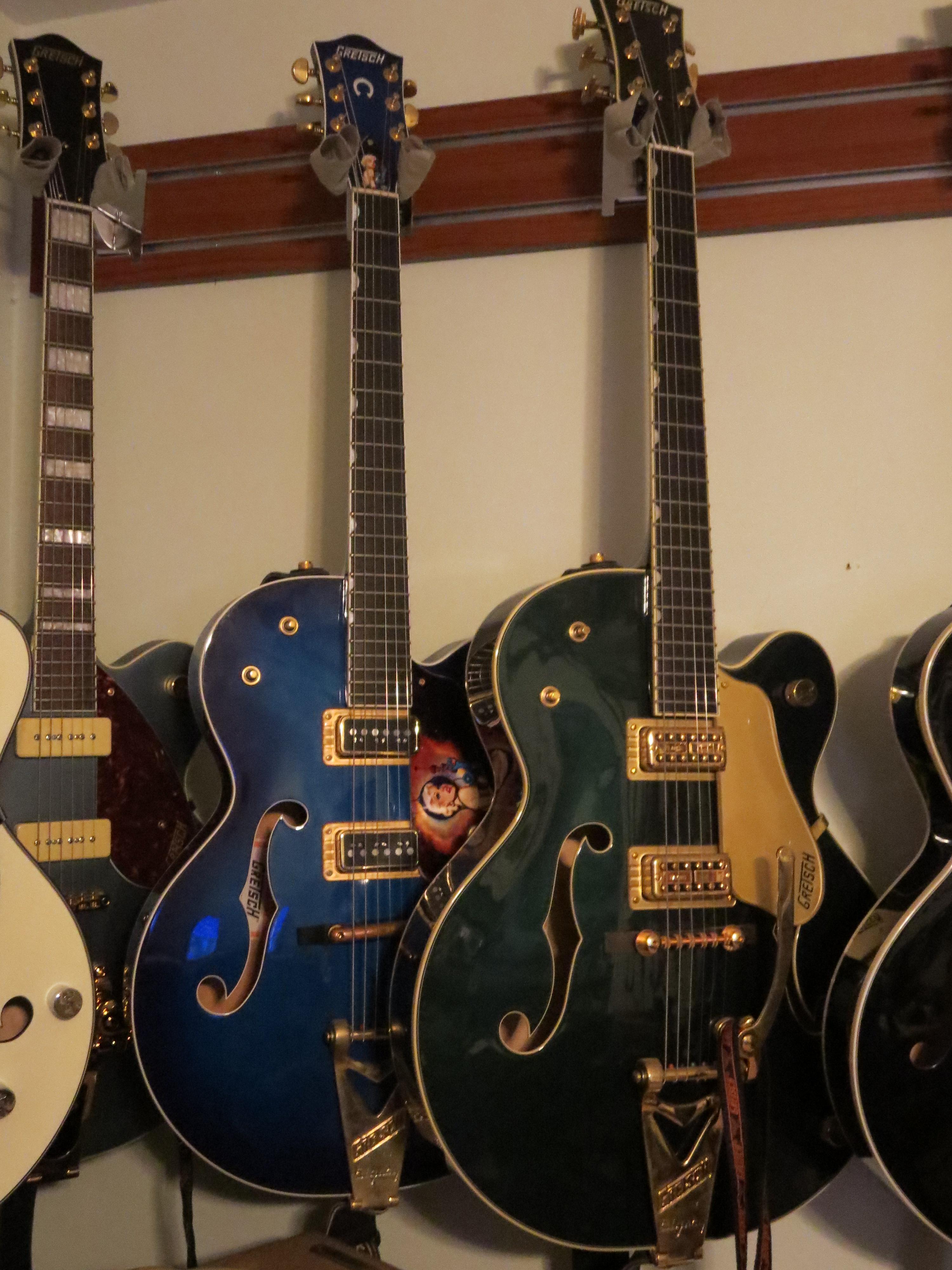 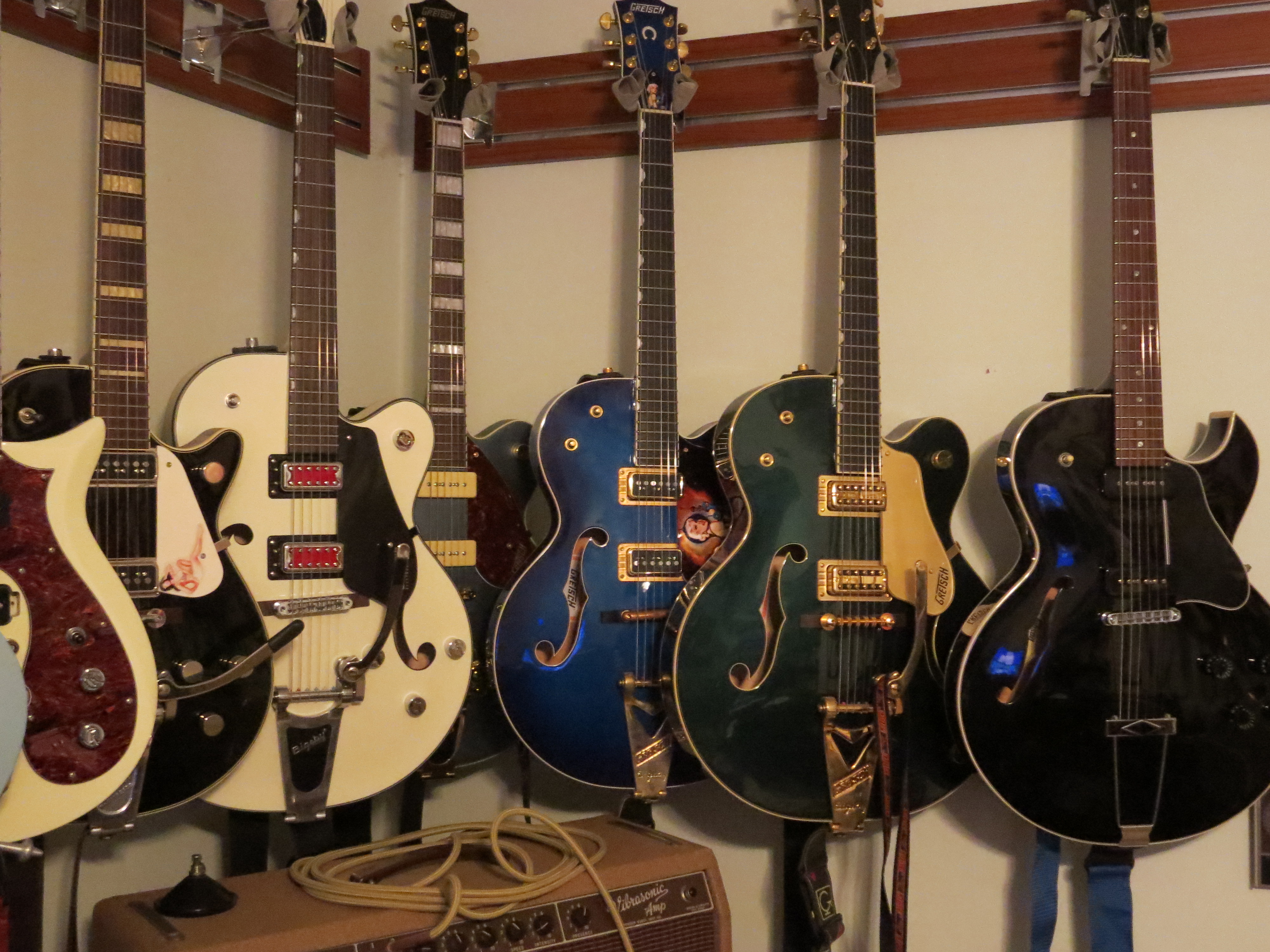 I know, with time, I'll get better and use a bit more finesse. I have huge respect to all you soldering pros. Due to the stress yesterday and time consumption, I was hunched over the guitar while doing the work and I really did a number on my back. Alleve has been my best friend today.

The 6120BS has a new voice and sings like a bird. I'll work on a YouTube demo soon.

Great job, Steve! Love that blueburst. With all your guitar activity lately, I hope you're not neglecting Shannon.

Thanks. That could never be a thing - my wife is my number 1 priority in this world and the next. She's doing well - one more chemo session to go

Glad to hear the Missus is doing good .

I'm happy to hear that your wife has only one more chemo session, best wishes for her total remission.

Good job on accomplishing your first pickup swap and soldering job. That's something that is handy to know how to do. I love the beautiful blue burst on your guitar, it's quite stunning.

Soldering and desoldering takes practice to get it neat and tidy. Way back when I was in Army tech school (1979), they had us solder and desolder scrap wires over and over again, until we got the hang of it. If it's something you want to get good at, get yourself a solder sucker bulb (used to suck up the solder during desoldering), and some scrap wires of various guages, and practice. It really doesn't take too long to get good at it. Have a wet celluloid sponge handy for tinning and cleaning the soldering iron tip.

Thanks, Wade, much appreciated. That sounds like a great tip - it would be good to keep in practice, as it were, since I don't think this is something I'll be doing on a regular basis. By the time I get around to doing it again, all the knowledge will have evaporated and I'll have to re-watch those videos again.