We've all been there. For some reason sometimes they buzz and sometimes they don't. The one on my new Gretsch tended to buzz a bit sometimes. So here's what I did:

I took the wire out and bent the 'feet' (the parts where it bends down) just a bit further. Then, when I put it back in, the wire now has a radius opposite to the bridge and only presses down on the middle two saddles but it does so a bit more firmly.

I did this just an hour ago so this might be a bit premature but this seems really promising and I thought I'd share.

I'll see it I can get some pics.

OK the sun came through so I took some pics. 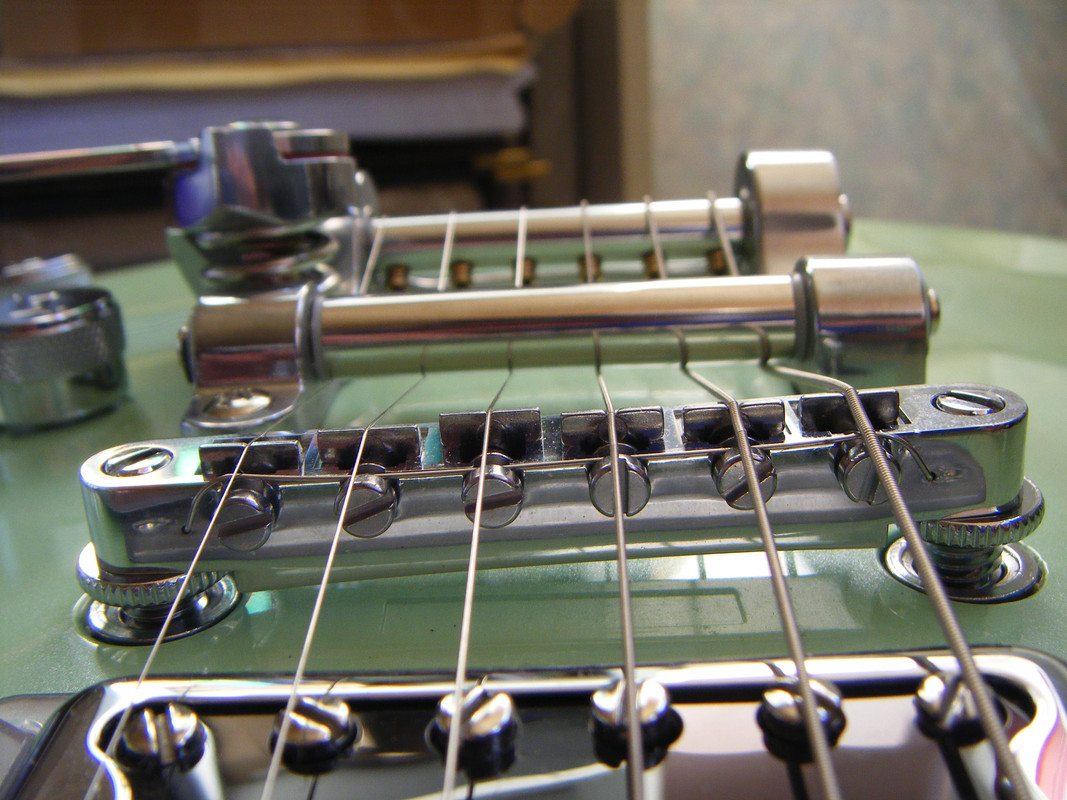 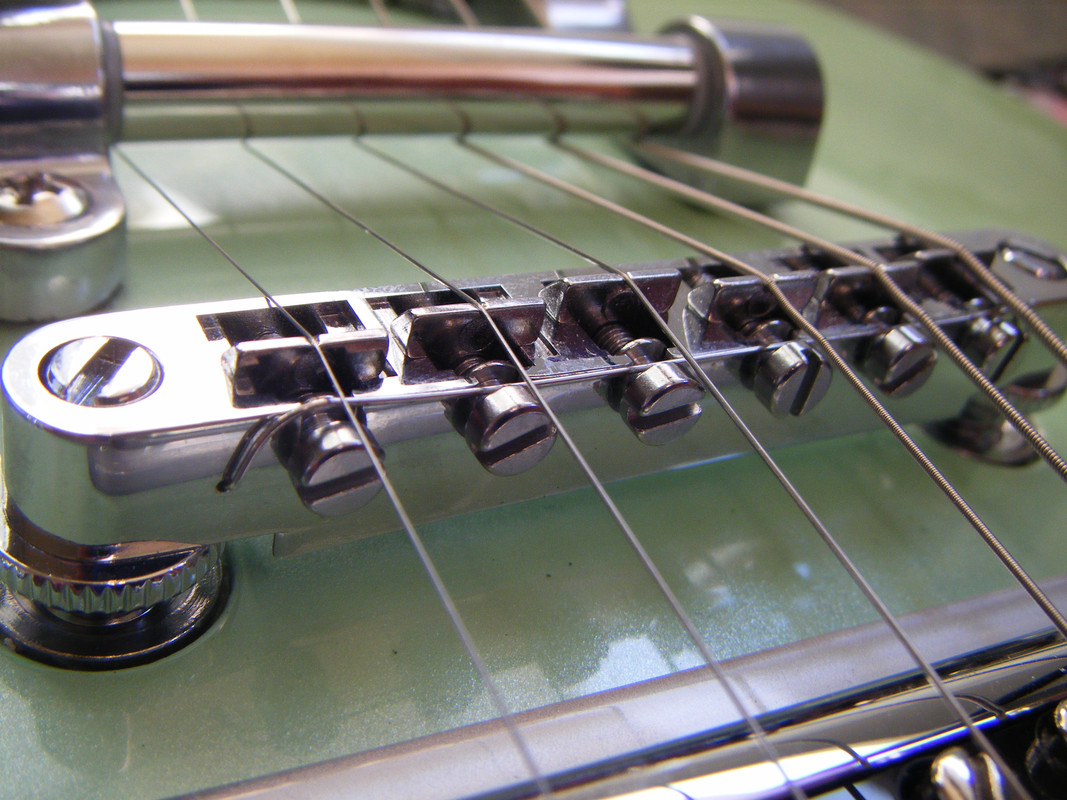 It's sounds like a good idea, Gerry. I have a Guitar with that same problem, I'll give it a try and see if I can have a positive result as well. I really dislike that little buzzing the retaining wire can make. I've put up with it for forty years on this guitar, and it's never stopped bugging me. Thanks for the tip!

I fixed it on my SSLVO by using a Gibson wireless ABR1. Or now it's fixed by using a Serpentune in stainless.

I just let me the sweat settle in. A bit of dirt and rust and no more rattle.

Depending on the exact diameter of the saddle screws you could use circlips as other manufacturers do and remove that annoying wire. 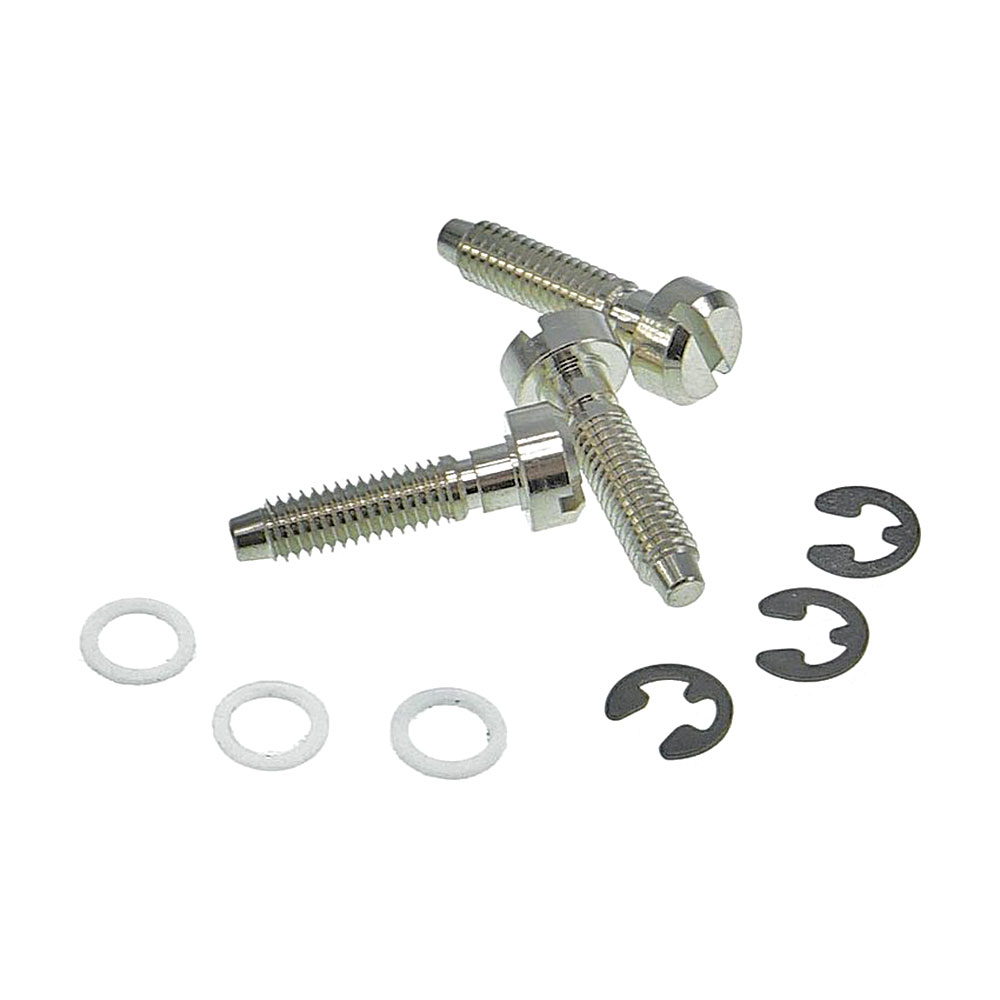 I actually wouldn't be too afraid to run a stock ABR-1 without the wire. The chances of a saddle dropping out after a string break are minimal.

Depending on the exact diameter of the saddle screws you could use circlips as other manufacturers do and remove that annoying wire.

I've found that those clips can buzz worse than the little wire!

One or two coats of clear nail polish have worked well for me, and bending/manipulating the wire some can work for a while too.

I've found that those clips can buzz worse than the little wire!

Luckily I haven't experienced this so far. I just put a circlip from ABM on a Faber Hybrid ABR (brass for unwound, steel for wound strings) that had one missing and like that a lot. It went on the LP Special that has the Bigsby no longer. No rattling, no buzzing. Time will tell.