Gretsch 6134T Special Run Penguin (2015) from Wildwood Guitars. Ocean Turquoise - All stock including TV Jones Classic pickups and Tru-Arc bridge (not sure what kind). Gretsch black hardshell case with case candy included. Honestly, I've only played out with it once during the 2017 Nashville Gretsch Roundup and at home a few times while safely hung on the wall for most of its time in my possession. 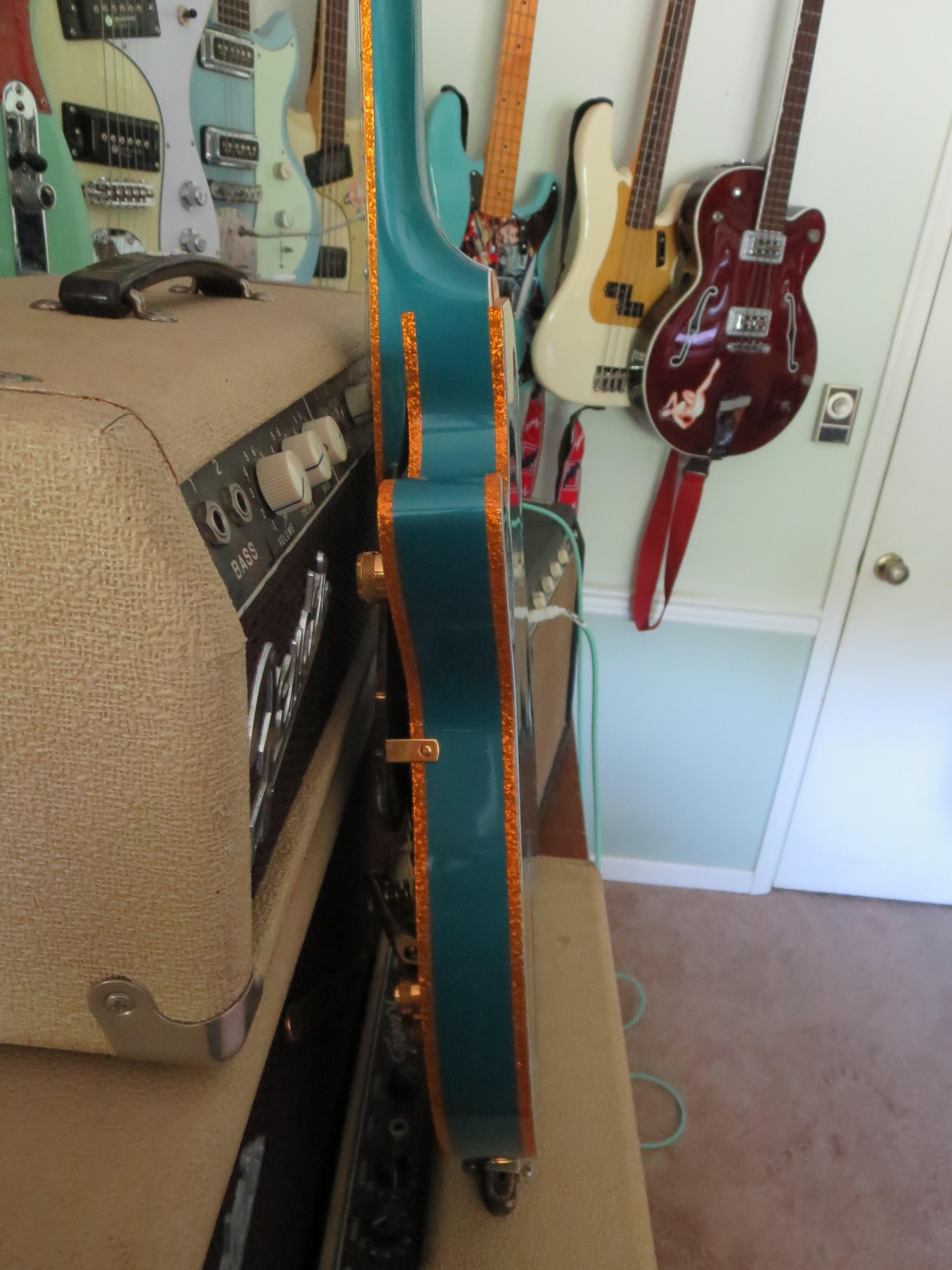 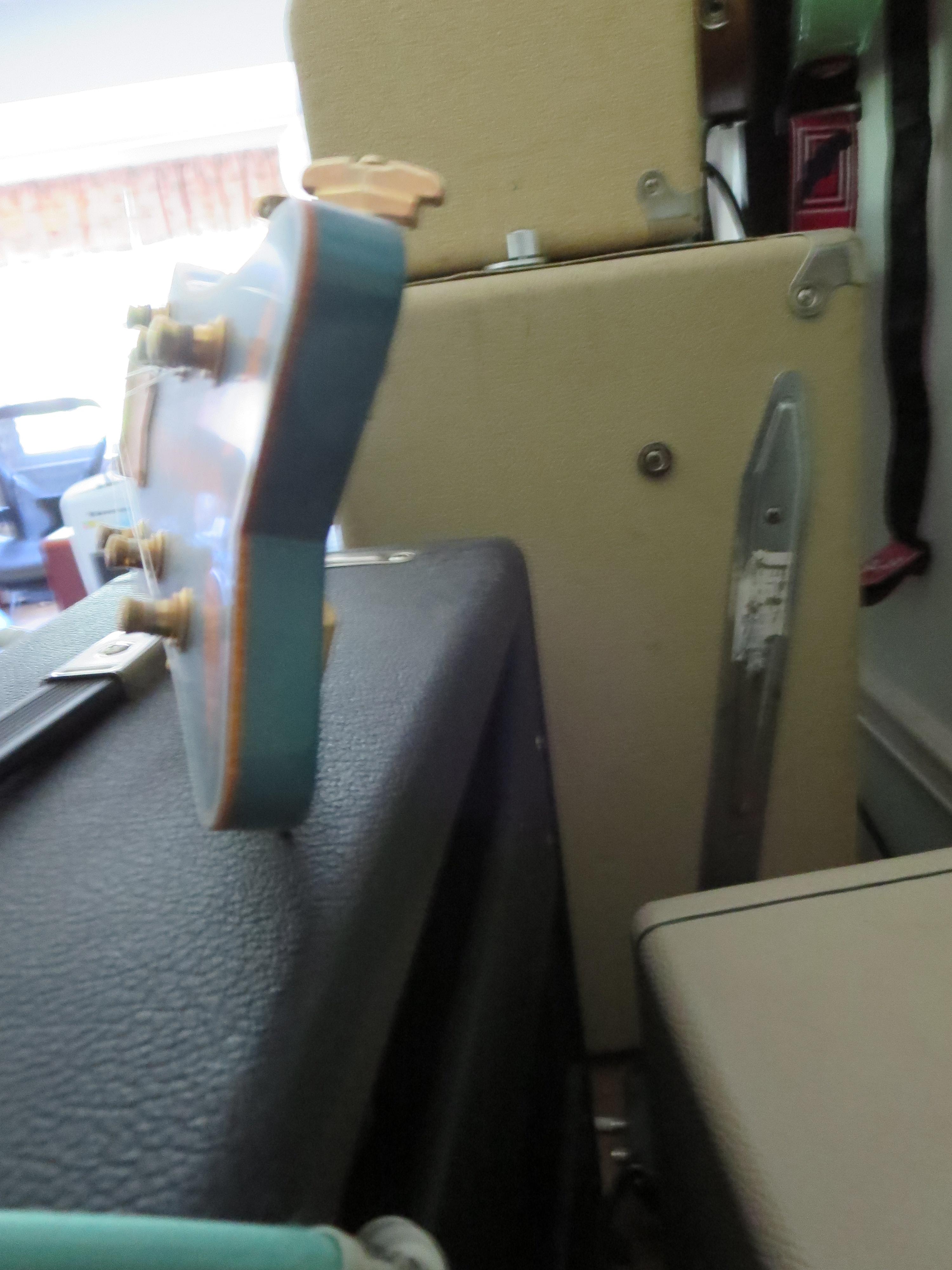 Gretsch G6073 Electrotone Bass (MIJ) Walnut finish with TV Jones Thunder'Tron pickups. Includes Gretsch black hardshell case. I've only had this a short time (about a year) and never played outside the home. Very clean, with only a couple light pick scratches which could probably be buffed out if desired and a very small surface finish scratch on the top edge of head stock. 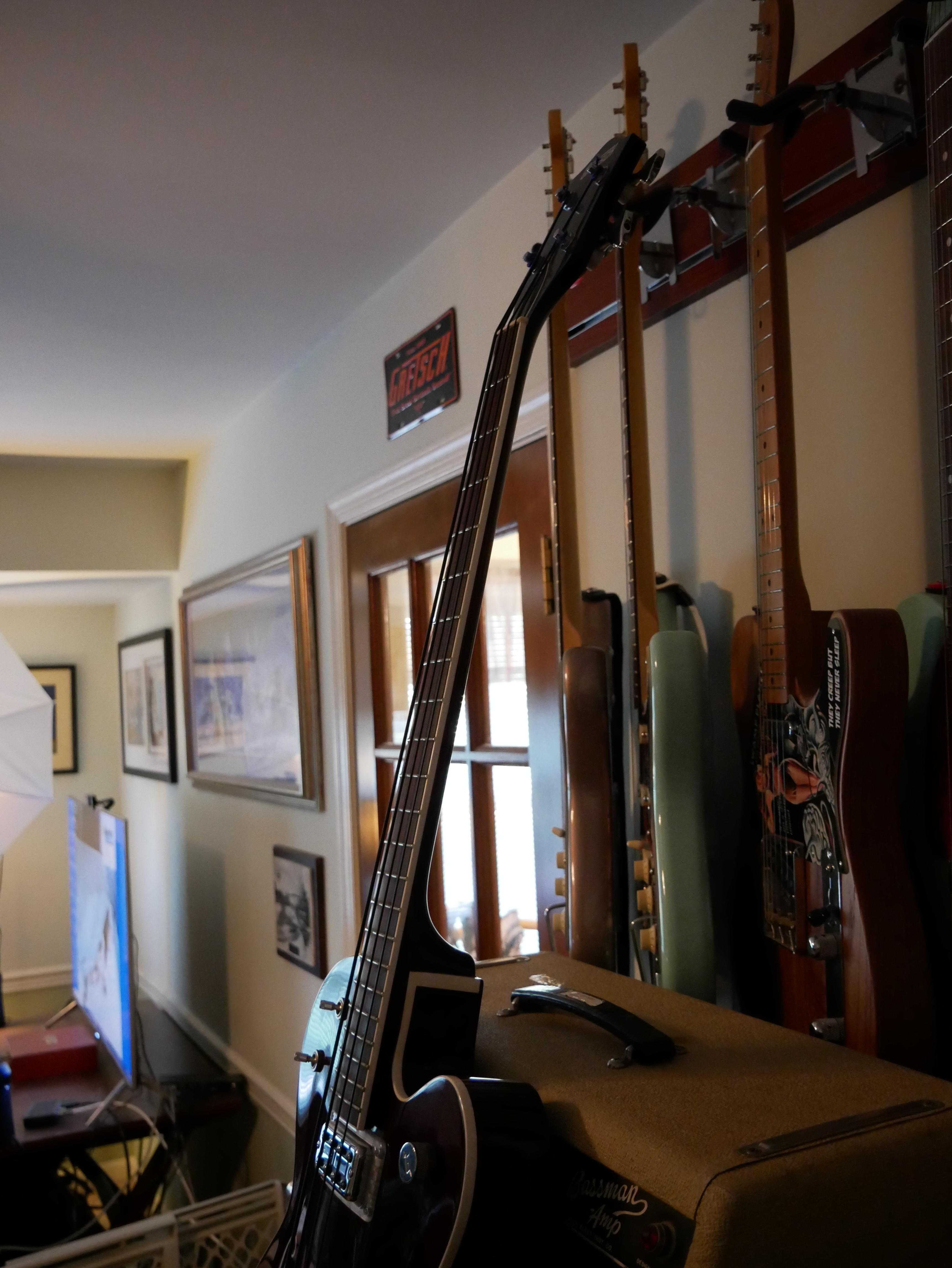 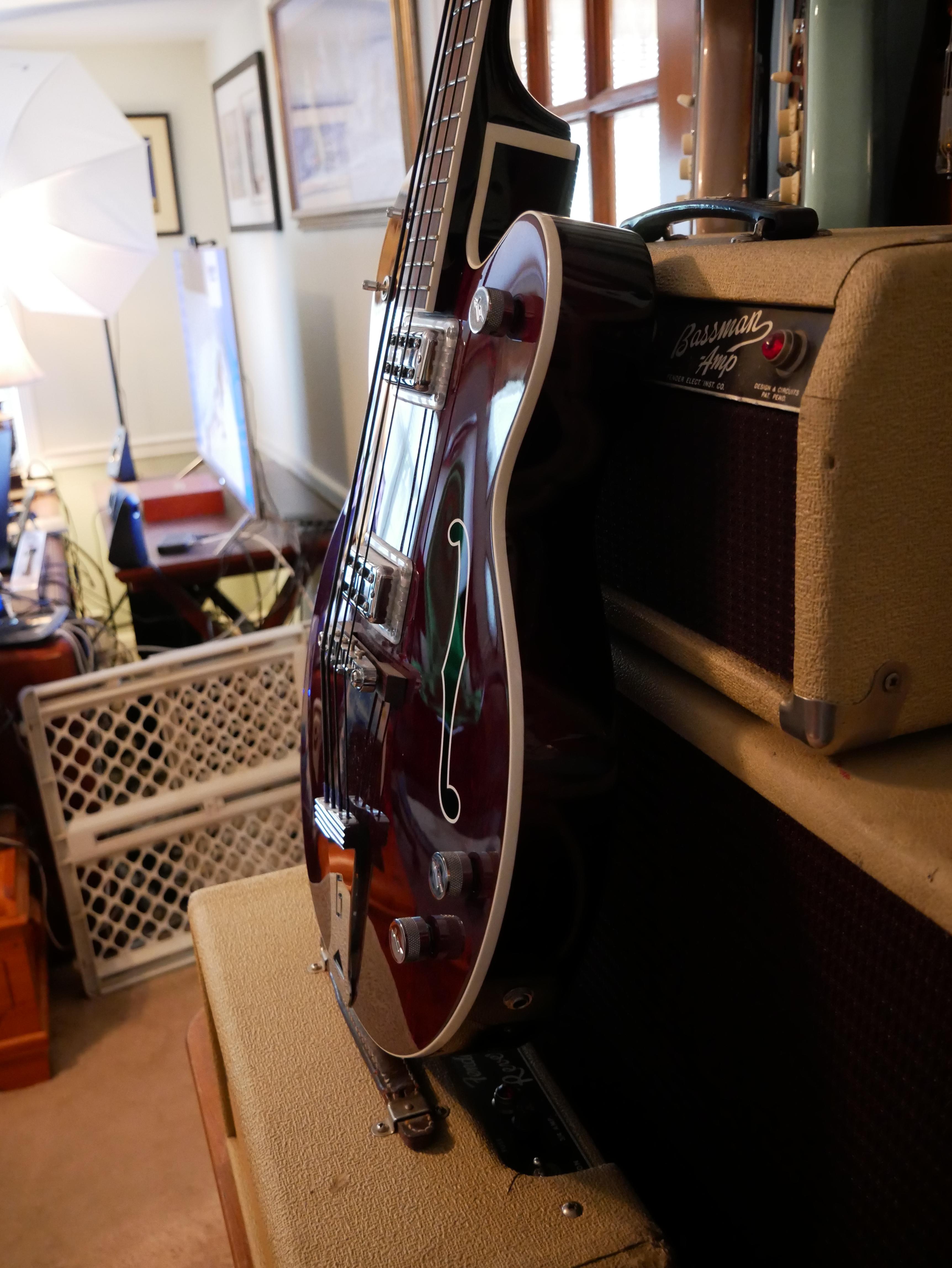 Lusting so much after that one, especially at the new lower price. But have to wait to buy anything new. GLWTS

I've decided to hold on to both for now.

Understandable. That Bird is a spectacular instrument.

Why would you ever want to part with that bass to begin with?

Such an unusual shade of blue Gretsch came up with for the Penguin and Falcon. For me, this color is just beautiful against the gold.

Hey Dave, thanks for asking, much appreciated. Here's the long answer:

The original plan was for my wife, Shannon, who has breast cancer in one breast, to go through chemo first for five months then maybe get away with a lumpectomy. She had a chemo port installed. Then, back on Labor Day, she developed a nasty staph infection in her port for chemo, preventing her from getting her first round of chemo and it had put her in the hospital. It was pretty scary. The port has since been removed and she's had an antibiotic machine attached to her for these past 3 weeks or so. Happily, she finished up her antibiotics for the staph infection and the machine was disconnected yesterday.

After we had a heart to heart talk in the hospital, Shannon decided that she would rather just get on with the mastectomy and then follow up with chemo for 5 months or so. This way, there will be no delay to the removal of the cancer by risking further infections as she is now considered high risk for infections. Ecsema caused her to scratch her arm which most likely caused the staph infection. Staph infections are really nasty and we'd rather not have her go through that again.

She's now waiting to hear from her doctor about her scheduled mastectomy this month. Shannon has also opted not to have a saline implant put in while undergoing the mastectomy and most likely will never get one. She wanted one initially, but after the staph infection nightmare, she doesn't want any foreign objects in her body that can possibly cause another infection.

While I support whatever decisions she makes, I've only been concerned that she just be healthy again and I don't care about augmentation. After the mastectomy, she will then undergo chemo treatment for 5 months (or more) to hopefully eradicate any cancer still around.

Since Shannon has been out of the hospital for a couple of weeks now, she's been recovering and working from home. Tomorrow, she is going back into the office up until her mastectomy. Then, she'll be back home recovering and telecommuting again until she reaches a point where she's strong/healthy enough to go back into work during the chemo treatment.

Sorry for the long post - the short answer, after a brief setback, she's doing well for what she's going through. We just want to get on with things so we can get past it all and hopefully, life will get back to normal.

Why would you ever want to part with that bass to begin with?

Not by choice, that's for sure!

Thanks for the update, Steve. Tell Shannon we're all praying/pulling for her.

Keep playing the Penguin while you can. Good juju being sent to you and Shannon!

Best wishes for you & your wife . . . hopefully the worst challenges are now behind her.

Thanks for the update on the "Missus." Continued prayers sent your way.

Steve, good thoughts and prayers heading your way for both of you.

Hoping for the best for both of you.

Sending you and Shannon lots of prayers for healing and good thoughts.

You guys are the best "guitar" family a guy could ever ask for. Thanks, my brothers!

Sorry Steve to hear of Shannon's trials with cancer and with that Staph infection. I had a good friend die of a staph infection and I myself had a lethal MRSA staph infection I survived 4 years ago. Good luck with her continued recovery.

Steve, best wishes for a successful treatment for Shannon.

All the best to Shannon on her recovery ,Steve.

My aunt went through the same thing a few years ago,as did my neighbour .