Hello! I understand there were some photos of Billy Zoom's Space Echo input mod around here in the past. I found the schematic but seeing it in action would be very helpful.

I understand there was a loss of data on this board which has made my search frustrating.

Does anyone have any photos of the mod?

Thanks for any help!

It's a great mod, Josh was kind enough to build one for me and I had a tech do the install. It adds a megadose of wonderfulness.
Thank you Billy, and thank you Josh.

Yes, thanks very much, Billy! That photo makes the mod completely clear.

In my search for more information on this mod, I read a lot of internet opinions that having a good buffered pedal before the instrument input is just as effective. So last night I put my Boss TR-2 in the loop of a bypass looper pedal before the RE-101. With the TR-2 off, it was remarkable how much top end and clarity appeared and disappeared when switching the TR-2 in and out of the signal path.

Can I expect even greater results from the JFET mod right after the input?

Thanks again for sharing your knowledge.

If you dont have working knowledge of soldering amp components and want a very similar response/impedance correction and signal conditioning without having to go into the space echo, I built a small active line buffer with true bypass effects loop for the space echo or Fender Spring Tank using that little Fet mod. I did have an internal voltage boost for 18v but didnt hear too much difference between 18V and standard 9v so I kept it at 9v. I did a run of like 15, gave most of them away to players with spring tanks but I have a few left for cheap if you're interested. The Seltzer tonic is what it was called, though I never was interesting in making it a "thing" I do.

Even more affordable though not necessarily the same exact thing is to run a 15 cable between the space echo and a Boss pedal, like the TU-2 that keeps an active Fet buffer going whether the tuner is turned on or off. So with another 15ft of instrument cable then between the guitar and tuner you will find the guitar working very nicely in front of this line level effect processor that was meant for a PA system effects loop or keyboard, hence its 5 octave range or EQ capacity.

As far as I know, a TR-2 was the Triumph before the TR-3. The JFET raises the input impedance to 1 meg for guitar instead of 20K for keyboards. An external buffer probably does about the same thing, but I'd bet they use an Opamp instead of a discreet transistor, so yeah, this is probably even better. It's definitely simpler and less hassle, and cheaper.

Oops I should have specified Boss TU-2. These of course dont always end up in the shop like the TR-3 :)

I think Boss is still using transistors for the input buffer, output buffer and flip-flop switching? 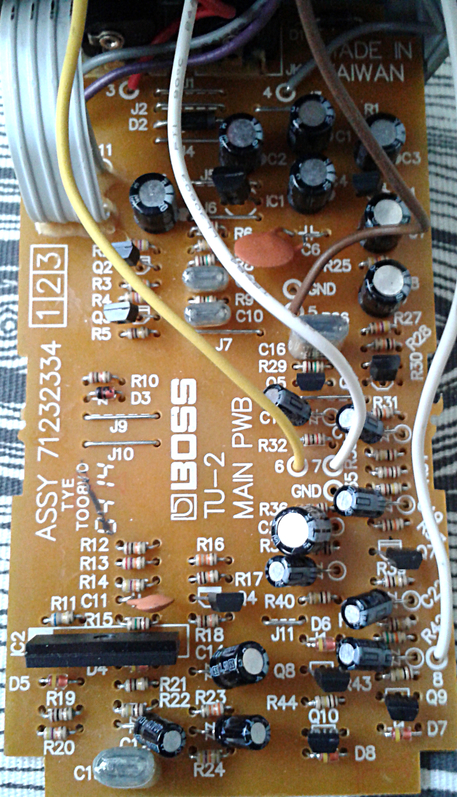 Thank you both very much for sharing your knowledge. You clearly have quite a bit more working knowledge than me.

I have just enough working knowledge of soldering amp components that I could perform the mod. It does seem though that the Boss TR-2 Trem pedal might be close enough for my needs. It should be in my pedal chain until I am able to afford a Little Kahuna. Maybe then, I will take you up on the active line buffer or perform the mod (might take a while).

Seriously, your time is very much appreciated.

Found this post while searching for info regarding a newly acquired RE-301 and would like to implement this mod. In my unit the best I can find is +14.5V coming from the power supply board. Will that suffice?

Following up. Things are a little different between the inputs of the 201 and 301... Nevertheless, the mod works/sounds great. Thanks for making the info available.

Found this post while searching for info regarding a newly acquired RE-301 and would like to implement this mod. In my unit the best I can find is +14.5V coming from the power supply board. Will that suffice?

Thanks for the confirmation. Did just that, makes a world of difference. 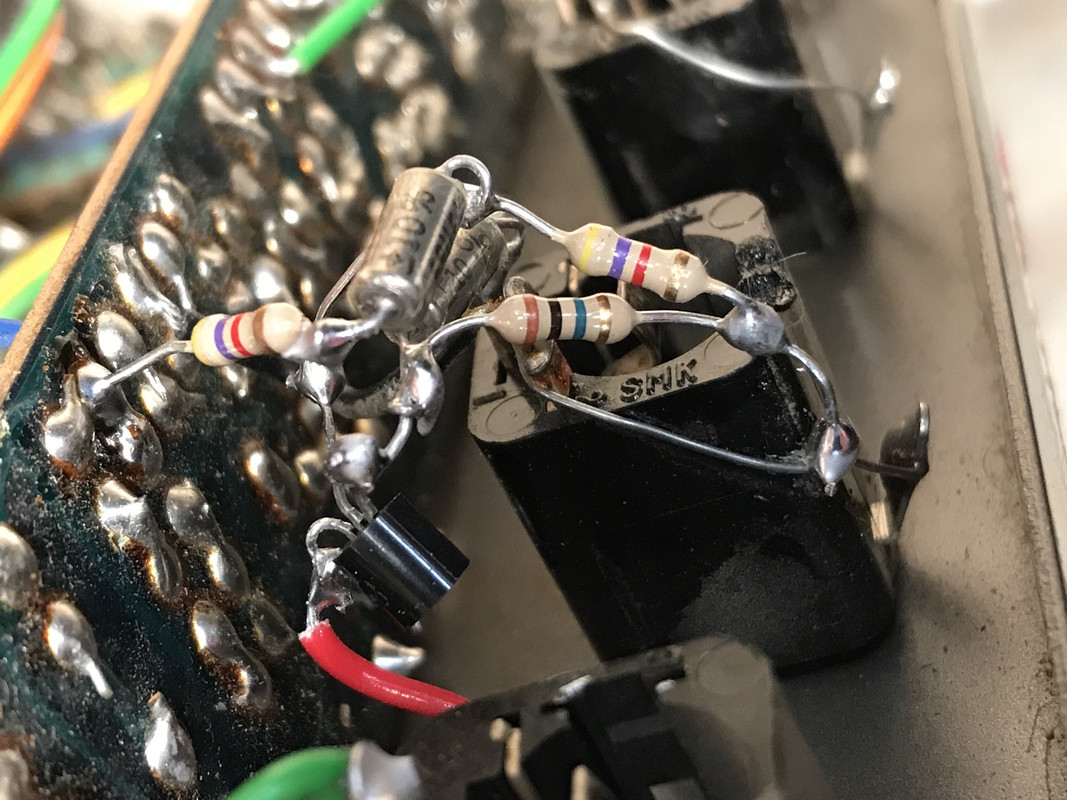