Billy - The very first thing you play on The Have Nots intro... are you playing the G power chord or just the G note? Obviously, you alternate between the G and D notes but the very first time you hit the strings... is it both notes?

A power chord is a regular chord played with distortion. I probably play G and D, but if you're asking about the album version, that was 40 years ago. Does it really matter? The important thing is your misunderstanding of Power Chord. It was a very controversial thing when the Ramones first came out, because nobody had done it before & a lot of people couldn't handle the sound. It made Punk recording almost impossible in the US because engineers were afraid it would blow up their mics & mixing boards. I know that sounds silly now, but it was a big deal then. It was like when the squares said Elvis couldn't sing, the Beatles couldn't write songs, and Debbie Harry's voice was too weird. Times change.

Everyone says Link Wray had the first power chord -- but I say Johnny Ramone had best, even if not the first.

Billy - Yep, true enough... it doesn't really matter which way it's played and I doubt many people would even notice the difference. It's just a little "thing" I've wondered about all these years of playing along to the record. I figured why not ask the one guy that knows how to play the song correctly. I play it ok... good enough for me just having fun at home.

I see I have completely misunderstood the meaning of "power chord" this whole time. I thought it was just a common term for a 2-note "chord" (not even a triad). Just two notes... The I-V (no 3rd). I've heard people say Jazz guys like to leave out the 5 and I thought power chords were just a rock/punk thing where you leave out the 3rd. Your definition is a lot more interesting though.

I suspect this is where much of the confusion comes from.

Yeah....the 2-note Internet definition is wrong. I was there.

Billy - Sorry, I really do not mean to turn this into a tutoring session but as you said... you were there (and I wasn't) so I really want to understand this from you. "Power chord" has nothing to do with the notes constructing it? It could be a two note I-V, it could be a triad, could be a 9th, etc... what makes it a power chord is just the fact it's played with distortion?

I don't think there is any real hard-and-fast definition of a power chord. It's always been my understanding that a power chord is a single strike of the strings (not without the above attributes) that lasts for a number of beats - usually a bar or so. Hitting it more frequently than this and you're just strumming aggressively, which is not really the same thing.

The notes that make up the chord are of no real consequence, but the 2-note unresolved chord discussed earlier is by far the most common P.C. simply because it's so pure. Adding 3rds and such while you have distortion applied can make the whole thing sound discordant with stray harmonics being added to the mix. Not necessarily a bad thing, it really depends on what you're doing, but certainly not as pure as a I-V chord. 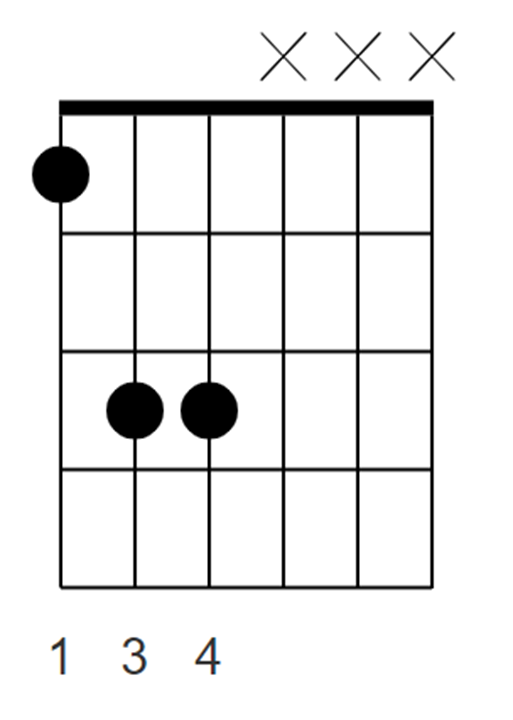 That's how I learnt them.

Yep.. Or even without the octave note. For playing Sabbath Man...

That's ridiculous! You guys weren't there.

Billy, at the risk of sounding facetious, weren't where exactly? Can the inception, and by association naming, of a power chord be rooting in a particular place?

Link Wray, the Sonics, the Ramones, the kinks, the Who, the Stooges, the MC5, oh I dunno, it makes my head hurt.

Sometime in 1965, in the basement of Liberty Union Elementary School in Baltimore, Ohio, Dan Cunningham plugged his red Supro into a school tape recorder and cranked it to the max. His strummed cowboy chords were, by the BZ definition, power chords. Then he showed me "You Really Got Me" - with sliding barréd E-shape chords, 3rds included. That was the experience that sent my already gnawing hunger for an electric guitar into full rage.

In 1967 I played my Crestwood 4-pickup Japanese wonderslab through the Webcor Magic Eye tape recorder in Dad's hi-fi system, routed through 12" or 6x9 speakers in every room of 120 E Mulberry Street in Baltimore. Of course I played it at full bore, trying to see just how bright that eye would glow. I had the super-saturated "No Time" tone ahead of time. And I played chords.

By 1970, both Dan and I were playing full chords at max overload in our garage-porch-basement-Grange Hall-schooldance band Brimstone Resurrection. And - we recorded it. I believe the cassettes survive. I might be able to prove it.

I think Dan and I invented power chords.

Me @ 13, “If you can hear the difference between a minor and a major, you’re not using enough distortion.”